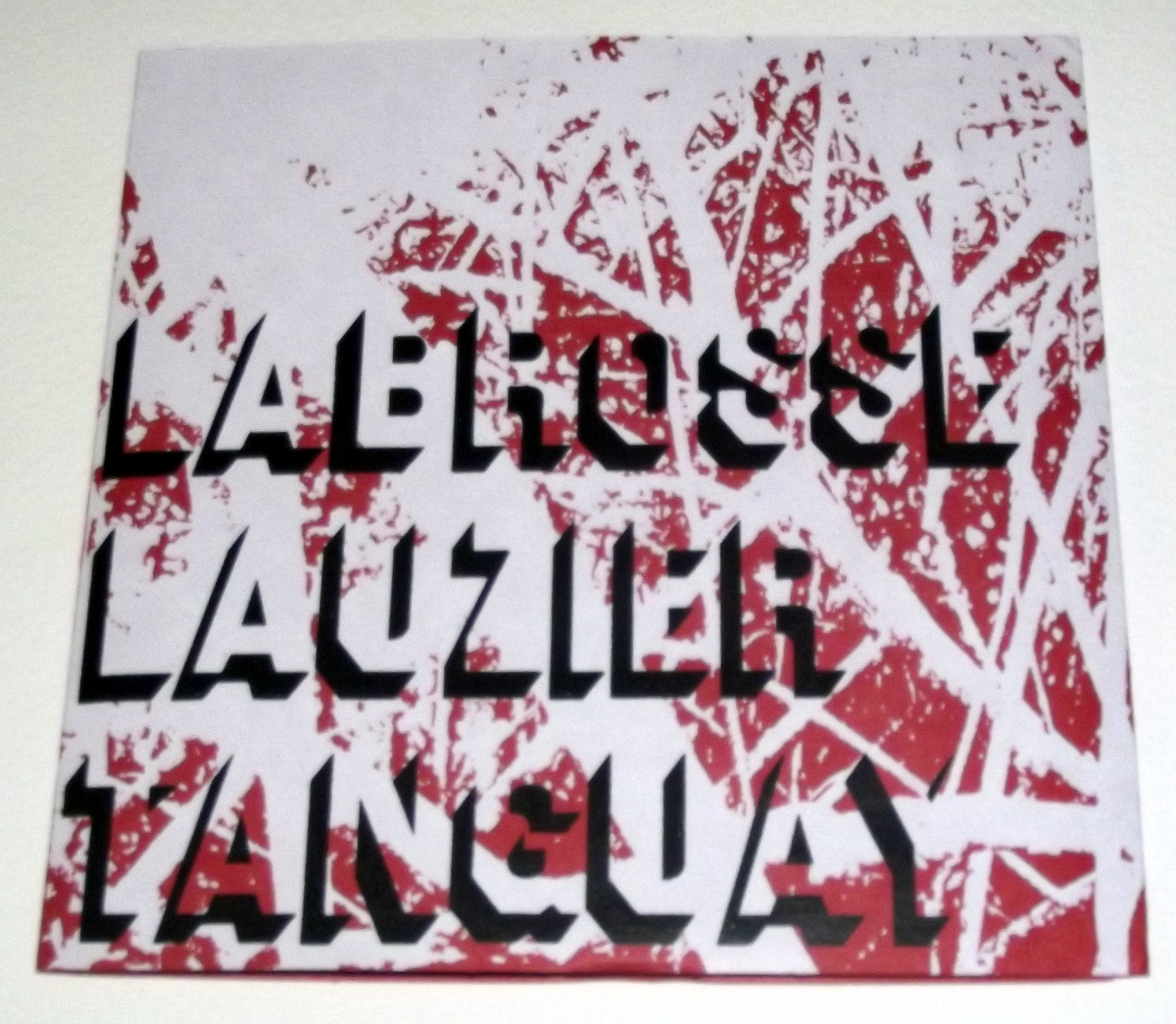 Hear Richard Sanderson‘s melodeon improvisations radically transformed on Tone Chambers (LINEAR OBSESSIONAL RECORDINGS LOR 003)…it’s an unsettling listening experience even for those used to the practice of electro-acoustic concoctery, and this terriff platter is notable for its combination of vaguely familiar sounds with other sounds which are completely alien. The man assisting with the transformations is the lovely Liam Stefani, the Glasgow all-rounder who used to run the Scatter label which released many an excellent document of lively and abrasive improvisation music in the 1990s. Now he calls himself Skitter, but the change in name in no way implies a personal rehabilitation into polite or normal society, and he remains an obstinate outlaw genius. The two creators arrived at this work through progressive manipulation and swapping their soundfiles in the usual way, but they use the 19 minutes of allotted time on this 3-inch CDR judiciously, compacting their ideas into an exciting sonic barrage. Far from an academic exercise in empty “sound-scaping”, nor a random assemblage of boring drones… Tone Chambers feels like a genuine exploration into the heart and lungs of the wheezy, creaky instrument, at the same time summoning up a fantastic voyage into outer space through the processings and treatments. It follows a cohesive narrative while remaining true to the musical language of the original performance(s), while boldly leaping into abstract spaces with much cunning and élan. A truly imaginative tour de force that is also great to listen to. Released 23 January 2012, a limited pressing with unique inserts.

Another item from the Attenuation Circuit package of January is by Mystified, who is the American multi-media artist Thomas Park. Coming Days (ACR 1003) contains seven examples of ambient drone music which are generally rather lugubrious in tone, with titles that suggest a passing preoccupation with intangible moods, ghostly apparitions, and a sense of imminent dread. Mystified makes some interesting layered sounds, but the “dark moods” he seeks seem to lack much in the way of conviction or force, in spite of his intention to convey “the fear of apocalypse”.

Bryan Day (here performing as Eloine) and Sabrina Siegel collaborate on Nature’s Recomposition 33 (EH?55), and offer us just one 44-minute example of their exertions; Siegel plays electric guitar, bass and does vocals, while Eloine works his home-made instruments. Barely a single recognisable musical element slips through the cracks when these two petits soldats are on patrol, and the record comprises a strange melange of slippery twangs and rubbery sliding effects, performed in a sluggish manner and recorded in a flat, dreary way. Full marks for achieving a highly unusual sound, but the improvisatory code which these two live by is very hard to crack, and it feels like a private language.

I suppose Space Sickness (EH?60) by Foust! could also be perceived as an endurance test, but at least this collection of ten electronic music experiments is lively and varied. Experimental electronic music has been blighted with “outer space” interpretations by bewildered audiences pretty much for the entire 20th century, and Scott Foust appears to be knowingly making fun of this trend with his explicit album and track titles here. Half of the tracks are quite short, and they vanish into the ether once they have made their presence known after three or four minutes. All of them throb, pulsate and jangle like the engines of a UFO, or could be interpreted as radio messages beamed from the console of such an extraterrestrial visitor. Scott Foust has attempted to inflict 77 minutes’ worth of a single unvarying example of this sort of thing on us in the form of 2010’s Jungle Fever, so it’s a relief to get our mitts onto a musical proposition that is more accommodating, less relentless. Space Sickness is raw and direct, and also has a more “throwaway” feel than the records he makes with Idea Fire Company. However, it’s possible the minimal hands-off approach will annoy some; at times it feels like Foust has found an interesting Korg setting or shortwave radio band and simply walked away after setting it in motion, and the steadfast refusal to vary the pitch or tone will send other listeners into a state of puzzled boredom. Me, I like it!

Here’s the last item from the Canadian bundle sent in January by & Records in Montreal. Compared with others in the batch, Palétuvier (Rouge) (&13) is quite a dark horse, with an opaque and mysterious feel embroiled in its shady rumblings right from the get-go. It’s also one of the more spartan records on the label, created with just one sampler, woodwinds, and percussion, to create skeletal and spine-chilling effects. Minimal clarinet and saxophone tones are underpinned by perfunctory percussive notes, and the electronic component adds a thick pallor of clammy gloom with its seething inhuman fuzz. Like Eloine and Siegel, the trio of Diane Labrosse, Philippe Lauzier and Pierre Tanguay also speak a private language between themselves, but in their case they’re more able to communicate something of their own interior cloudiness to the outside world. The theme of the record refers to a species of tropical tree, apparently characterised by its incredible hardiness and ability to sink its roots deep into the most inhospitable and watery terrain. If you’re inclined to doubt this, then take a gander here. Musically, the trio succeed in conveying a true “Heart Of Darkness” soundscape with their playing, painting a dark green hell where we can feel the moss and fungus dripping down our backs, and Werner Herzog is never more than five feet away in his questing canoe. The music also suggests the grandeur, the solitary and unknowable nature of these grand old men of the forest who probably keep the secrets of the ancients locked up in their thick bark. Truly atmospheric!