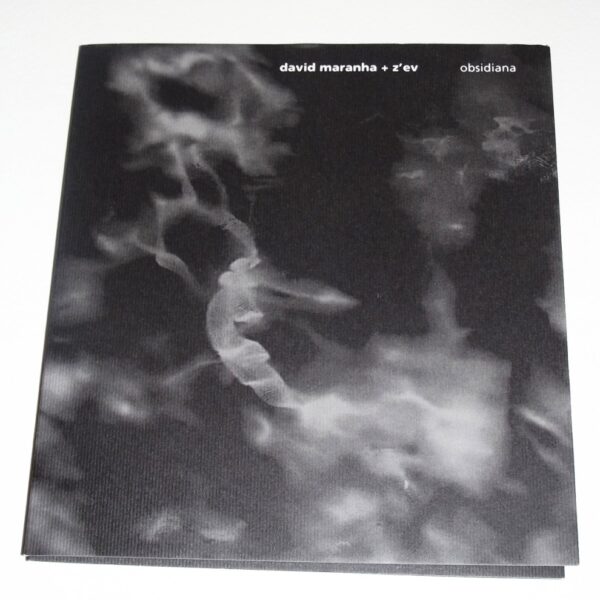 Nice team-up between mystical percussionist and performance artist Z’EV with the Portuguese musician and composer David Maranha on Obsidiana (SONORIS SNS-11). I only really know Maranha from his ensemble pieces such as Circunscrita, but he proves his mettle in the performance pit here and shows he’s got the single-minded brow-furrowing strength to go eight rounds with the powerful and tireless arms of Z’EV. Maranha just oozes heavy black drone-filth and fuzz from his Hammond organ, and as photo shows he leans his whole body into performing that task. Z’EV is credited with playing the “stainless steel discs”, but this doesn’t feel like an especially “metal” album; the resounding skin of his bass drum doesn’t just pummmel us aggressively, it’s little short of a call to nuclear war. From a Lisbon festival June 2010, with a video grab from one of Z’EV’s art movies. Arrived 21 February 2012. 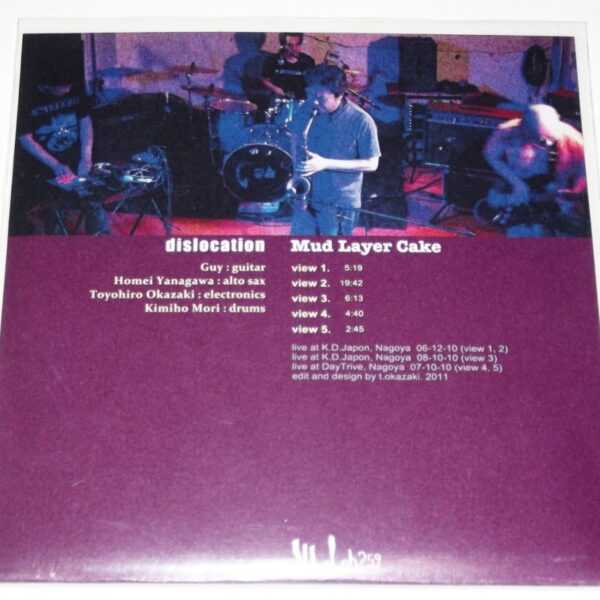 Dislocation is the fab Japanese quartet renowned for mixing crazy free jazz improvisation with demented rock elements, such as wah-wah guitar and loopy speedcore drumming, and there’s electronic shriekment also thrown into that tub of snakes. You can hear them doing it live on Mud Layer Cake (EH?59), with recordings made in 2010 in Nagoya. If you find most table-noise from Japan unapproachable, you might just manage to digest this material, as it’s notched about two or three steps back from “maximum strength”; but the players are still manic and unstoppable when they get into their hyper-fast, ultra-driven thang, and there’s very little structure or dynamics to get in the way of their interplanetary meltdown groove. The recordings may be a shade rough around the edges, but any caveats are more than amply compensated for the ferocious energy levels throughout, especially on the 20-minute second track, which defies belief. From 6 January 2012. 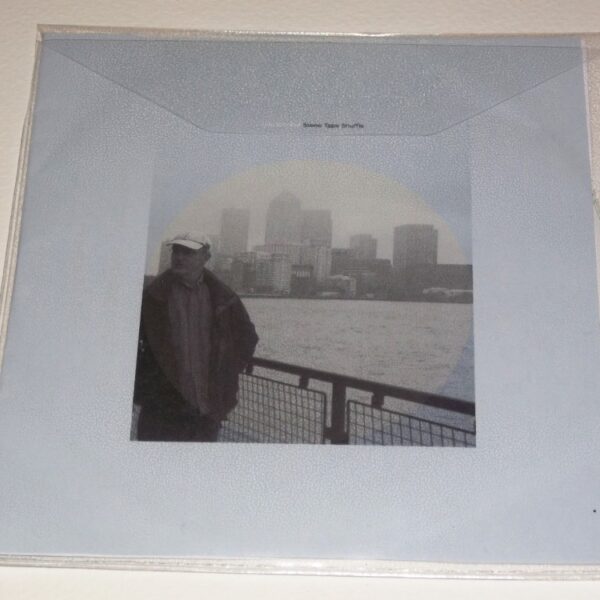 Eek, here’s this very interesting Iain Sinclair record which has been buried in a bag since 21 February 2012. Stone Tape Shuffle (TEST CENTRE) is a limited vinyl album (400 copies) of which I was sent a promo CDR. It’s spoken word, as you’d expect from this unique English writer who has championed the marginal poetry of Stewart Home and the art of psycho-geography in his writings, and spun mind-boggling portraits of London life in his books. But it’s a spoken-word record with a twist; the compiler, Will Shute, wrote to tell me the content is taken from an assortment of Sinclair’s books, and that “the recordings were made in the places corresponding to the fiction, and have been edited together with material from Iain’s archives and with field recordings.” Now while this is not as radical as Mark E. Smith’s The Post-Nearly Man (and what is?), there are glorious moments of overlapping voices from mixed recordings, and some subtle narrative consonances provided by the field recordings of traffic and river from that most noble of cities. For me Side Two is the more compelling of the two suites, with more distorted sounds arising from what I take to be cassette recordings, and there’s also more of a cut-up feel, and more foreign elements from random sounds leaking in. Impenetrable, vivid, disturbing. It’s here that the compilers live up to their aspirations of emulating the strategies of certain William Burroughs recordings and items from the Giorno Poetry Systems records. Sinclair’s writings are quite dense, layered and opaque, an acquired taste for the most part. I know that Private Eye magazine for one regard him and all his works with disdain, and this LP may not be the best place to start if a complete novice; for that, I would recommend Lights Out For The Territory. Nonetheless this is a compelling and very unusual art LP from an English original. We look forward to the promised Chris Petit release from this label. 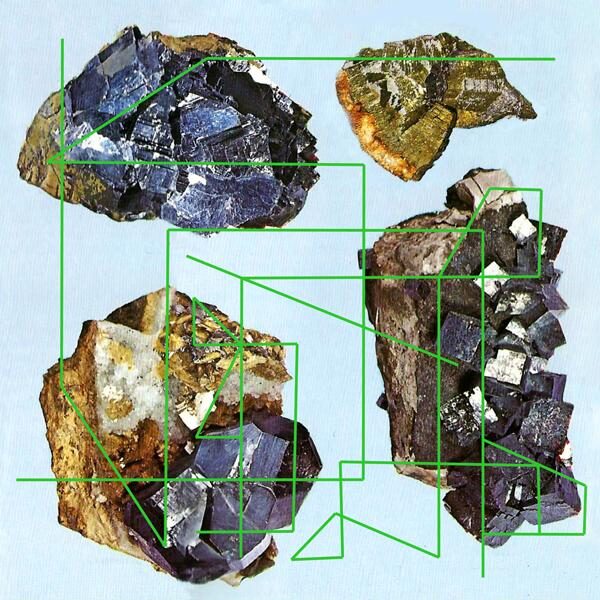 More murderous electronic music from Ben Vida on esstends-esstends-esstends (PAN LP 23). Extreme electronic music will be the death of me, or I’ll be content, sir, to eat my own head. On this item, Vida is attempting to destroy the illusion of the stereo image and make a record where you have no idea where the source material is emanating from. Further disorientation can be enjoyed by simply moving your head around as you sit wedged between the immovable blocks of electric sound munching out of your speakers like giant poisoned slugs, and full volume playback is indicated. Actually it’s not like slugs at all. Nothing so organic. Instead, we have to visualise vast geometrical shapes, in three dimensions, made of hard material that yields beneath nothing short of a diamond torch cutter, and formed in outrageous configurations that are not known to exist in the Euclidean canon. Through his art, Vida plays hob with “expanded spatialization”, “sound localization”, and our perception of same, like a very refined form of optical art of the sort that reduces your eyelids to quivering bowls of mayonnaise. Fortunately it’s not completely a non-stop ordeal once you get used to the high degree of abstraction in this music, and the purity and simplicity of Vida’s unblemished tones is truly something to savour as they ring forth with shocking clarity; a shot of Lagavulin for the ears. Rashad Becker once again proves he’s the robo-surgeon of the audio mastering world. Ben Vida used to be with Town And Country and had a solo act called Bird Show. More recently he’s been doing “cross control voltage integrated improvisation and real time group automatic composition” with Keith Fullerton Whitman, an activity which sounds like it oughtta to get the pair of them banned in Boston.