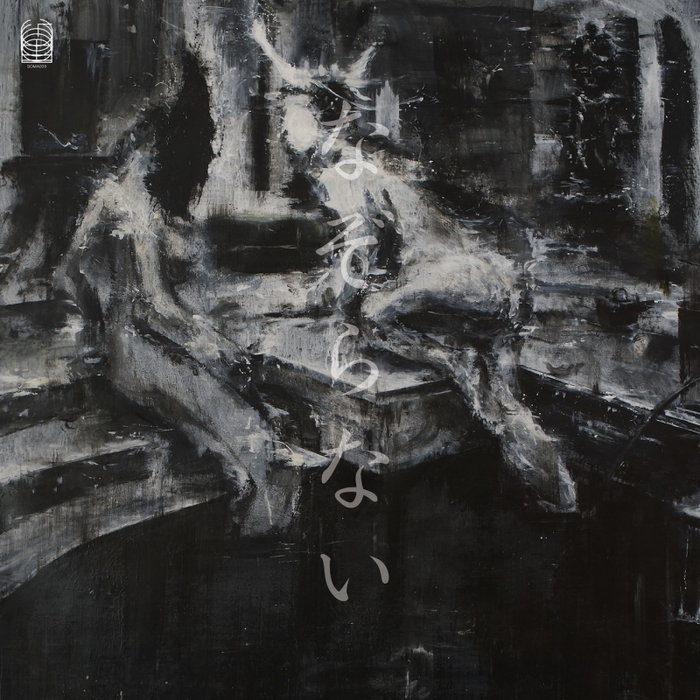 No sooner had I heard of Keiji Haino’s revival of Fushitsusha and his Fushitsusha-for-foreigners band featuring Jim O’Rourke and Oren Ambarchi with their album “Imikuzushi” than news loomed ominously on the far distant horizon that the Dark Overlord had yet another Fushitsusha-like project called Nazoranai boasting Stephen O’Malley on bass and Oren Ambarchi on drums! Before we all endanger ourselves running for the fire exits in terror at the thought of the sheer volumes of sonic blackness and heaviness we presume will billow out of the speakers and surely engulf the entire universe in one dark drone blast, I must advise anything where Keiji Haino headlines is completely under his dominance and all others, even SOMA himself, have to bow to Haino-san’ s austere musical and artistic philosophy, evident in the near-existential titles of the four tracks, the gatefold sleeve layouts and the album artwork. So, no booming bass drones along with Haino’s agonised screams which may be a good thing for the continued existence of the planet – but then, a bad thing in a sense, no?

In truth, this self-titled debut plays like a typical Fushitsusha / Haino album: the dark one sticks to guitaring throughout (so no fiddling with a theremin or DJ-ing which would have provided some variety) and SOMA and Ambarchi are content to be backing men almost interchangeable with other backing men who have served Haino in the past. At least the bass can be heard clearly on this recording and SOMA and Ambarchi have an intuitive understanding of one another’s strengths so they play as a tight unit on their own, allowing Haino to soar high above with the flimsiest of connections to Planet Earth. This makes for a very heavy and intense recording.

The surprise is that the album is not more thunderous than it is – there is plenty of black space and the mood is very deep so the potential is there – but the musicians had other things in mind for this release. The third track can be very repetitive and intense to almost breaking point and the first and fourth pieces have very sparse and quiet introductions. The second track begins very noisily before turning into a slinky mood piece enhanced by SOMA’s bass which at times vies for more attention than Haino’s playing does.

Overall this is a gripping and sometimes quite terrifying album in its deep black silences and its severe artistry. Ambarchi keeps the drumming basic  and tense and SOMA demonstrates his skill at low-end melodic understatement while Haino … basically does Haino.