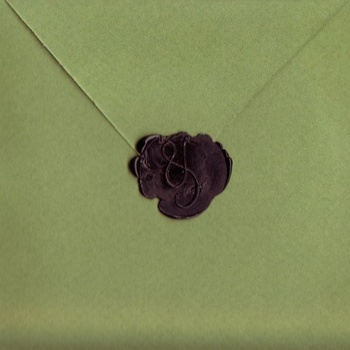 Sitting in its tiny blank green sleeve among shelf-loads of more brash CD recordings at the city record shop, this modest release could have missed my eye as I perused the dull collection. Red Eye Records just hasn’t been the same since Oren Ambarchi left working there years ago to migrate to Melbourne. But one thing has remained the same – though how much longer, I don’t know – is the occasional little CD that slips into the store despite no marketing, no online or other publicity campaign or stunt, and which patiently waits for someone such as I to snap it up and give it a good home. Gladly does the stray repay me with much gratitude in the form of good and self-assured music – and this CD-R upholds the strays’ reputation.

It’s an extended acoustic-guitar wander up hill and down dale of blurry sharp buzz-noise dronescapes, nothing more and nothing less, but what a journey it is – many a tale is told in the repeating micro-tunes and twanging tones that sing of lonely days and nights in a desert or detours into pathways that turn out to be cul-de-sacs, forcing the journey to retrace its forgotten steps. Meanwhile the electronic buzz backdrop changes from merely buzzy to feature distinct and sharp cutting sounds, and later still a heavy-stone dragging noise as if someone was shoving a heavy rock in front of a cave. The effects are scrapey and scratchy and seem like the kinds of noises Editions Mego would be interested in claiming as their own if the label knew how to create them.

Does the guitar ever figure out how to leave the labyrinth of guttural, almost slitted-throat noise-drone? Judging from the way it repeats itself, I think the strings are not too interested in ever reaching the end of the journey. Just as racing pigeons are enticed by big city lights, a great social scene, the prospect of free food and being able to crap on statues of long-dead military leaders (most of whose reputations weren’t worth a fraction of the cost of the bronze cast in the foundry anyway), so too the homely folksy guitar discovers curious and intriguing vistas during its trip and decides it wants to stay. You too might feel the same way.