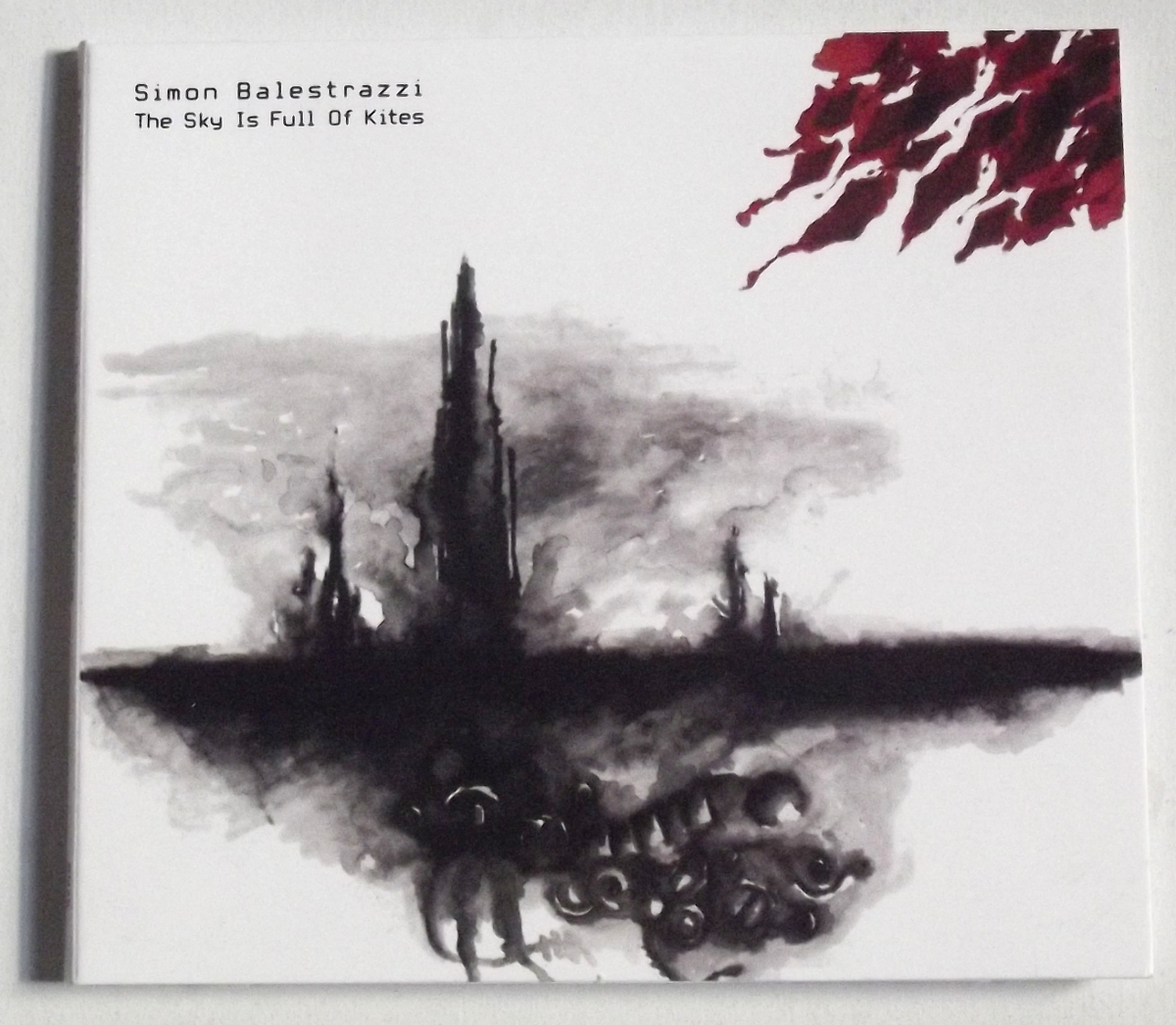 From Montpellier France comes Horse Gives Birth To Fly, a name which is very reminiscent of the uncanny phenomena which J.G. Posada delighted in engraving on his Mexican woodblocks (he called each one a caso raro), but in this instance the name is connected to Amon Duul II and Deutsch Nepal in ways we cannot fathom. HGBTF are a duo of French players who perform what they would like to term “ritual noise”. They’ve been enacting these private ceremonies in sound since 2008 and have an impressive series of CDRs, splits and compilation appearances lurking in their stable, or equine cave. Langue De Fièvre (NO LABEL) contains many lengthy drone workouts, generally rather eccentric in nature and enriched by a bewitching, almost supernatural sound. Part of the eerie charm is no doubt due to their insistence on all-organic, home-grown DIY methods of sound production; the two voices are usually the key component, wailing, moaning and muttering in invented alien languages. Then comes the instrumental layering, involving not the deployment of expensive synthesisers and filters, but very basic guitar work and simple devices referred to as “space toys”. Two of the untitled tracks contain the spooky outer-regional vocal wailings, the third revolves around a primitive circular guitar riff, the fourth brings down rain gods and other deities with the use of “tribal” drumming and insane percussive metal clattering. The record gets a shade too “Tibetan” for me after that point, but there is a closing track which invokes an epic, monstrous apocalypse worthy of any given medieval draughstman. Plenty of denatured and thrilling non-specific noise on offer, but we also have to admire the restraint and simplicity of this pair. Kriss and Miccam put a lot of effort into summoning unfamiliar effects and sonic adventures, both from their instruments and from their mesmerising droney voices, which have a full range of timbres and shades within their peculiar chatterings. The cover collage artwork evokes exactly the right degree of fetid swampiness with its dank shades of green and Mocha-esque overlays of curlicue shapes going mad. Girls, their heads replaced with the heads of dogs, lounge on armchairs wearing kinky boots, inviting us to enter this peculiar world. Received 14 March 2012. 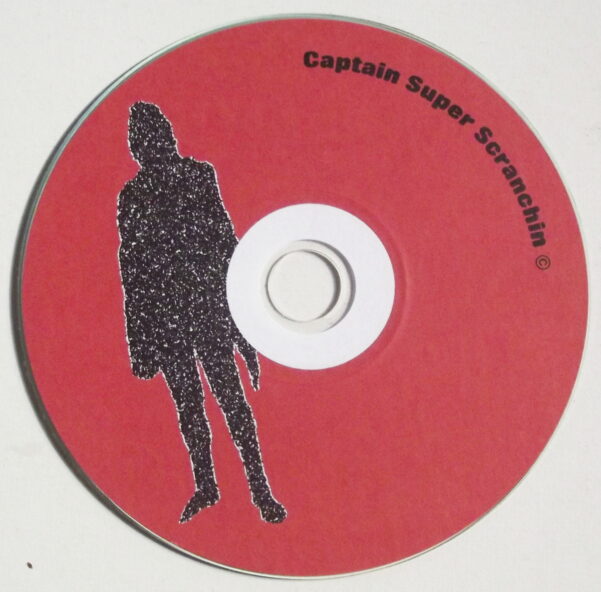 Some home-recording experiments that don’t quite gel for me from Captain Super Scranchin on his CDR release. Nine tracks veer between playful manipulations of synthesiser effects and frantic explosions of cymbal-heavy percussion, all deliberately recorded in lo-fi with one microphone and a lot of distortion. Scranchin’s efforts are further disrupted with layers of recording hiss, wonky tape speed playback, and overlaid foreign elements and found sounds. It’s a little hard to see much underlying structure here, but the release reminds me of 1980s bedroom cassette releases and has a roughness in its passion that some listeners may enjoy. No website; try email to [email protected] Received 19 March 2012. 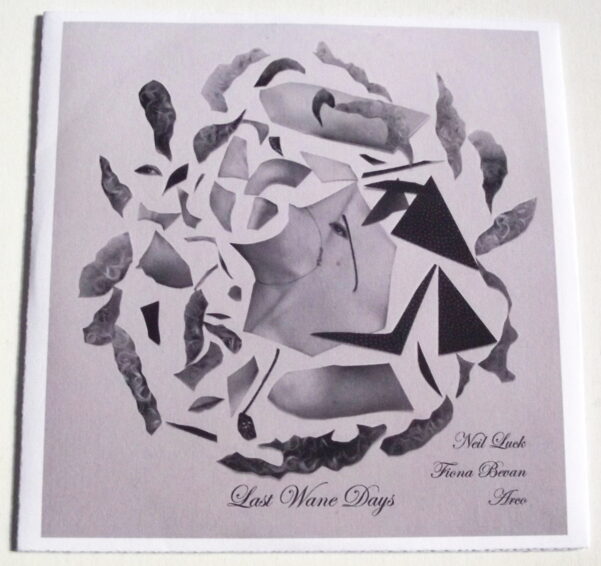 A highly baroque oddity of outsider classical-pop is Last Wane Days (SQUIB-BOX NO NUMBER). Initial hearing caused my beret to fly off my head in surprise, while my noggin teemed with soundbites like “Kate Bush meets Luciano Berio during a performance of The Living Theatre”. It’s composed by the London musician Neil Luck, sung by Fiona Bevan, and played by a small avant-garde chamber ensemble called ARCO who wield acoustic instruments (strings, bass, piano). This two-part weirdie lasts only 18 minutes, but it compresses huge volumes of detail into its strange, ever-changing fabric. Broken, disjunctive passages of discordant music are punctuated with brittle percussion effects and daring gaps of silence. Holding everything together is the astonishing voice of Bevan, who slides effortlessly across genres, moving from classical operatic to easy-listening by way of Weimar cabaret. I’m not making much headway with the lyrical content so far, which is spoken, sung and chanted (sometimes mathematically so, in the manner of Einstein on the Beach), but that’s hardly surprising as most of the loopy libretto has been derived from cut-ups of the notebooks of Richard Foreman, a writer whose work I am not familiar with. That said, there are at least two songs woven into this uneven and over-decorated magic carpet, one of them with lyrics penned by Bevan herself. It’s described in the notes as a “monodrama” and a “dislocated song-cycle”. With its wild dynamics and unusual sound, Last Wane Days is an unusual record which many will find an acquired taste, but none should doubt the skill and artistry at work here. Received 21 March 2012. 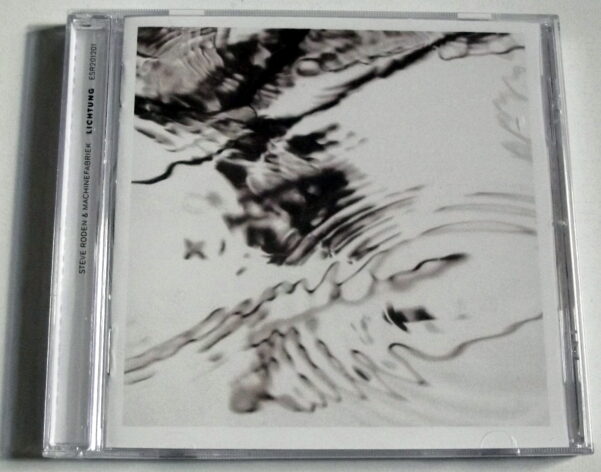 On Lichtung (EAT SLEEP REPEAT ESR201201), field recordings meet up with low-key ambient music in an art gallery installation environment, assembled by the duo of Steve Roden and Machinefabriek. The original installation also had a visual component from Sabine Bürger, partially represented via the cover and booklet photographs of this CD release, which comprises edited highlights from the event. The original commission was intended to express the German idea of “heimat”, a word which roughly means “homeland” in English, but I believe it corresponds to a deep-seated cultural emotion about the environment and one’s place within it which is rooted in the Germanic bones, and which may not have a direct counterpart anywhere else in the world. The sensitive and nuanced response of the artists here has been to work with very evocative and misted-over field recordings which deepen the overall sense of ambiguity, and to incorporate local natural elements (leaves, twigs and water) in the finished installation piece. Small and intimate sounds, of which Roden is a masterful and subtle sculptor, characterise this record, but so too does the nostalgic and understated half-music of Rutger Zuydervelt (i.e. Machinefabriek). Some records in this vein can depress me with their undernourished sounds, which can appear minimal to the point of utter vacancy, but Lichtung has warmth and depth. Received 23 March 2012. 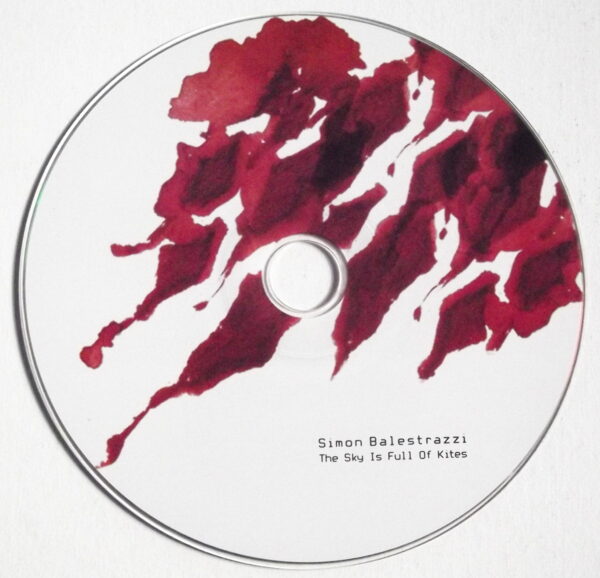 Simon Balestrazzi has come our way in the past with his hypnotic electronic drones which sometimes have an occult side, such as A Rainbow In My Mirror and his spooky Candor Chasma collaboration. On The Sky Is Full Of Kites (BORING MACHINES BM38), the work has all been generated out of his modified and home-made instruments, including the “prepared psaltery”, plus synths, oscillators, and the laptop all providing so much thickened and glutinous electronic buzz you can almost measure it by the acre. According to the press notes, the keywords we should be bearing in mind are to do with industrial landscapes and the weather, and the music here does indeed convey the sensations of unpleasant, drizzly grey skies hovering over a ruinous once-proud city of dead machines. Balestrazzi’s textures and layers are impeccably rich, and he has put in a lot of time and effort to invoke the dark forces which intrigue him, but most of the album feels like a bit of a sprawl to me, without sufficient forward movement within the tunes to lift the listener from the quagmire of desolation. The title track admittedly has a little more agitation to assist its moribund atmosphere, and a vague pattern can be discerned in its leisurely rise-and-fall shapes. Daniele Serra, who also illustrated the Candor Chasma CD, provides notably odd artworks where cityscapes, machinery, and insect-like forms are combined in unholy marriages. Received 27 March 2012.