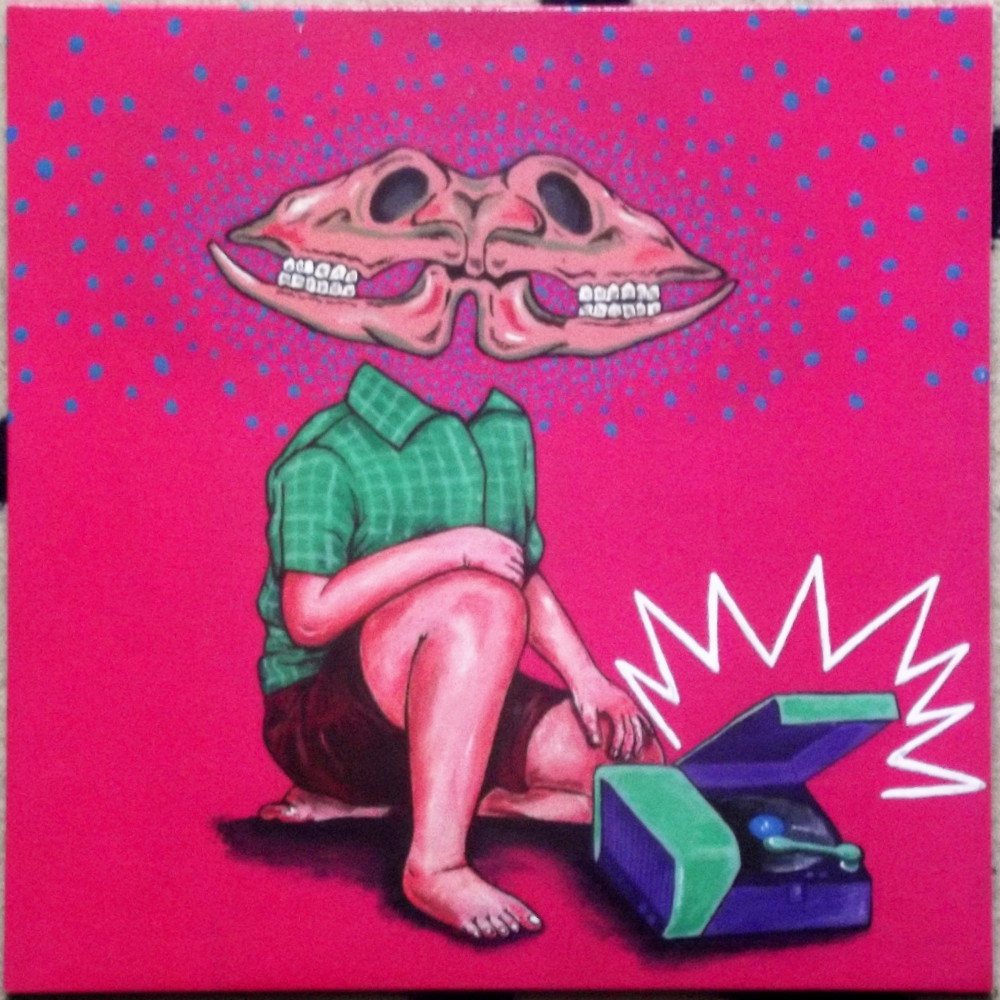 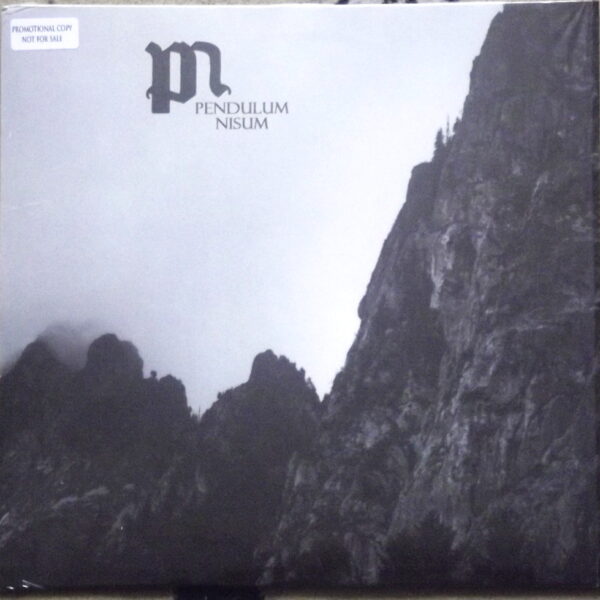 The Pit and The Pendulum

Pendulum Nisum is another Reto Mäder studio project with a sinister and gloomoid bent. This time the gifted Swiss muso-technician teams up with Mike Reber, whose principal contribution is to supply vivid sound effects to blend with the musical concoctions on this self-titled LP (HINTERZIMMER RECORDS HINT 16). Mäder himself plays a considerable number of keyboard instruments, strings, percussion, electronics and electro acoustic devices, and presides over the mix like a gourmet chef in front of an enormous kitchen table, master of the spice rack and king of the ladle. Everything is slow roasted for extra flavour and there’s a big delight in every bite. Reber adds additional synth, percussion and horn playing to the already dense mixture of layers, but as ever with the maestro Mäder the delicate balance of sounds never turns into a sludgy bowl of stale pancake batter. Given that the album opens with a very immersive rainfall sound, I thought it might be scripted to a “weathery” theme, but instead Pendulum Nisum plumps for invoking a more general tone of “uncanny atmospherics”. Albeit not so uncanny perhaps as the outright supernaturalist records Mader has also mixed and performed in his time, specifically as one half of Ural Umbo. Another suggested theme is a vaguely esoteric one, as embedded in titles such as ‘Secret Mystic Rites’ or ‘The Sacred Temple Behind the Light’. Drone music with Illuminati-type subtexts is an area which the English solo act Xela has also carved out as his own special niche, so if you’re a fan of Xela’s records, then you’re in for a grand time with this primo example of Swiss mixing board bake-off championships. One layer peels back to reveal a dozen more layers, creating infinite patterns that recede and wander backwards into the past. Blood Stereo is the duo of Karen Constance and Dylan Nyoukis, an enlightened couple of geniuses who have done many great things for the continued health and betterment of the underground in this country – staging events and gigs, running the Chocolate Monk CDR label, producing incredible noise records, and mainly just meeting interesting talented people and making things happen in the culture bunker in the micro way. This social dimension has fed into the making of the LP The Larval Tuning Fork (& Other Visions) (TWISTED KNISTER KNACK 004), which comprises two-side long tape suites which use the voices of guest musicians and artists, recorded surreptitiously or otherwise at gigs or other events, and knits them into a tangled knot of sonic blather along with snippets of music, played objects, and other foreign bodies. A list of some of the unwitting participants, representing a swathe of underground geniuses from all walks of UK life, is provided in the insert. But this isn’t to suggest the record is an in-joke from within the confines of an elite circle. The construction of Larval Tuning Fork has resulted in an idiosyncratoc form of sound poetry, along the lines of the great Bob Cobbing, with vocal hints, whispers, mutterings, and semi-magical utterances carefully spliced and looped into a quiet and understated spell. The record is very suggestive of a coven of witches and warlocks, drip-feeding fragments from their secret receipts. The recording devices of Constance and Nyoukis act as Freudian seismographs, picking up dreams, jokes, wordplay, and other effluvia from certain loci of the subconscious. Parts of the record, especially those with mad cackling laughter and silly-sounding voices like a nightmarish strain of Monty Python, also have affinities with the madcap escapades of Kommissar Hjuler and Mama Baer. Besides the above, the only nearest aural neighbour would be the music of the Bohman brothers. This record is almost cut from the same cloth as the Bohmans’ shared tweed jacket, full of creaks, snores, and non-musical sighs heaved from a collective diaphragm of half-mad creators. It also sounds positively dank, as though instead of something pressed on vinyl, the object itself were made of compressed peat moss or lumps of soggy mud. To complete your brain-melt experience, we have the nutsoid collage art of Nyoukis on the back cover, and one of Karen’s beautiful paintings on the front. Her intense and colourful take on surrealism laced with violent and morbid imagery is always stunning, and as a painter she can do no wrong for me. After looking at one of her images, the real world can seem disappointing. And after 30-40 minutes spent in the company of this night-sweat unreal weirdie record, you’ll be only too willing to retreat back into the comforting world of your own dreams. Buy now…for its ability to confound common sense in the most unnoticeable ways, this record is a secret weapon. 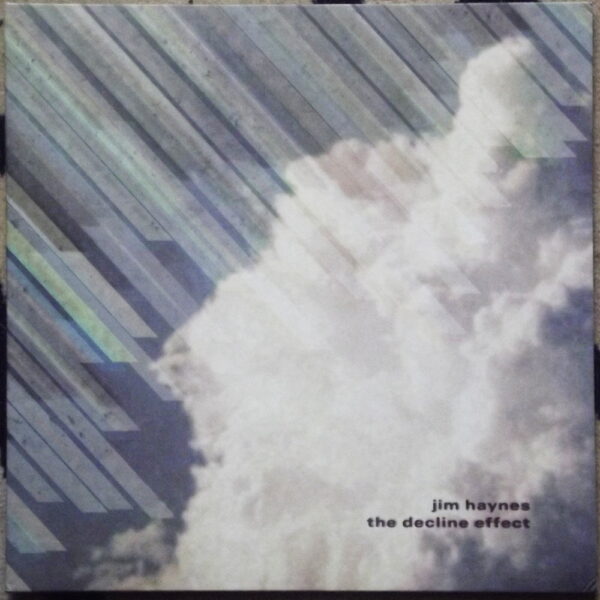 No less unreal on account of its intensely abstracted field recording approach is The Decline Effect (THE HELEN SCARSDALE AGENCY HMS021). I think this double LP is the first piece of vinyl I’ve encountered from Jim Haynes, whose understated and near-mystical sound art I’ve enjoyed in CD form for many years. This format seems to suit his work quite well and serves up four examples of his craft as discrete side-long tracks, and the whole package with its photographs resembles a miniature art exhibit with four uniformly-sized canvases of minimal art. There are also some brief but useful sleeve notes. As far as I can recall Haynes has generally declined to explain in much detail how his work is made 1, but here we have not only hints of the original source materials in two cases, but also some indicators of his methodology. In the case of the latter, the salient points seem to be (a) identifying and exploiting mistakes and faults which arise from the recording process, faulty microphones, or the decay of magnetic tape; and (b) an erratic programme of work, where the artist eschews normal continuity and executes each piece “in starts and fits”, a strategy which presumably allows the sound to build and accrete its layers naturally. It also seems to mean that a piece is never really finished, and can remanifest itself in other situations, such as ‘Ashes’ here which is evolving as the soundtrack to two avant-garde films. Further, Haynes allows the work to be derailed by “factors beyond his control”, a fate which befell ‘Cold’ on side D where what we hear is simply a rescued portion of another project which had to be abandoned. All of this says to me that Haynes and his art are as much a force of nature as the same forces of nature he is examining and attempting to render. Of course as forces go, they are not as powerful as a cataract or a hurricane or a forest fire. In fact they are rather hard to perceive – small-scale, fleeting, modest, and not even especially loud. Some of the source materials he’ll admit to on this collection are thermal vents, geysers, radio waves, and wires. To enjoy or even to half-understand this brand of minimal sound-art, you may have to relax and listen quite hard, and accept that each listen is as much a discovery for you as it was for Jim Haynes. Judging by the title there is also a degree of entropy and decay involved, as though elements of the natural and man-made world were in slow decline, and it’s now becoming a process which we can observe as it happens. Arrived 16 February 2012.