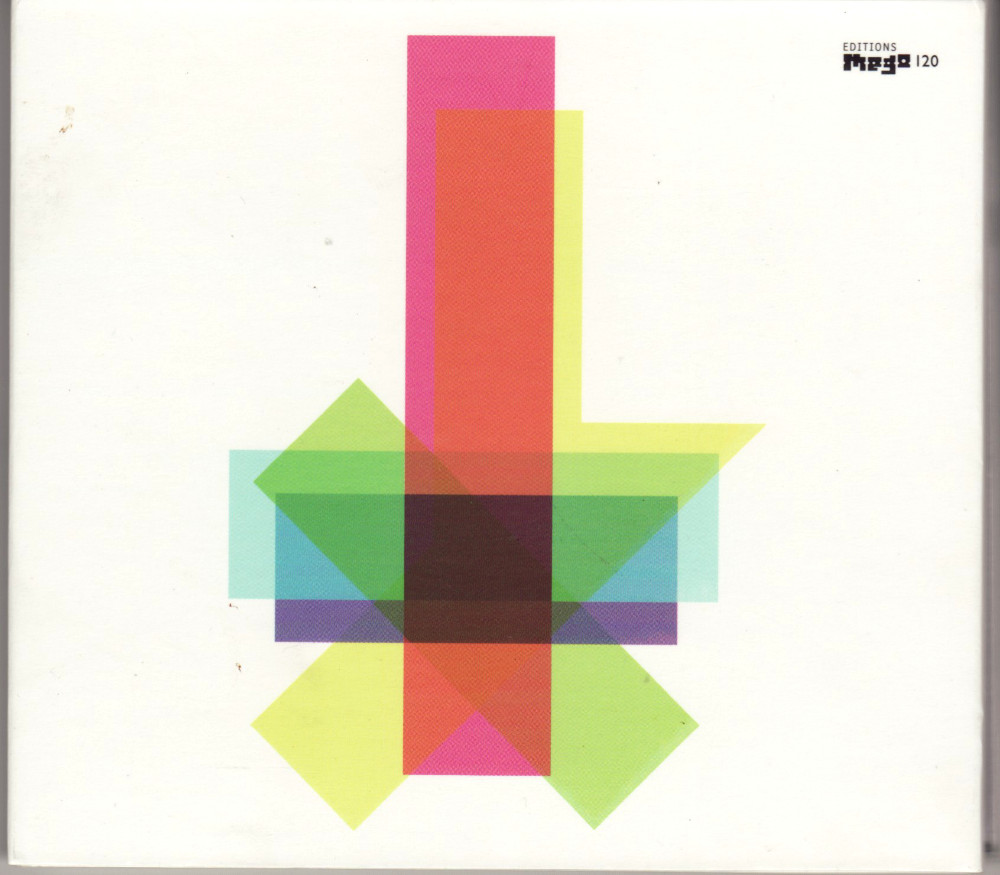 KTL, V, Editions Mego, CD eMEGO 120 (2012)
For a band that  formed in 2007 to score music for a play “Kindertotenlieder” (hence the name KTL) by Dennis Cooper and Gisele Vienne, KTL has come a long way indeed; I thought the duo would be good for a couple of albums at least but it looks like I vastly underestimated the potential of these guys to keep coming up with new ideas and material. This fifth full-length album marks out new sonic territory: no longer are KTL simply a fusion of doom drone metal and glitchy laptop electronics but PITA and SOMA are revealed as true soul music brothers who keep pushing each other into something new and different whenever they are together. PITA has grown enormously as a musician and person and likely the same can be said for SOMA as evinced on this album where he plays synthesiser, laptop electronics and sound effects with a contact mic as well as guitar.

First track “Phill 1” which might be a dedication to one of KTL’s musical heroes Phil Niblock is a slow-burning atmospheric piece of deep, dark, complex mood. We move quickly into “Study A”, an intense and seemingly static work that actually changes a great deal; the sounds individually may be harsh, piercing, shrill and discomfiting but together they induce a sense of concentrated stillness. The extended drones are beautifully sculpted and sustain themselves with a quiet certainty as they soar heavenwards, perhaps to upset the age-old hierarchy of the angels and introduce a new sinister regime those winged wussies have never known. “Tony”  is a more foreboding track similar to SOMA’s work with Sunn0))) and if I hadn’t known what the track was when I first heard it, I would have said this is a Sunn0))) track from around the period when that band and Boris were recording “Altar” together. It consists of an extended guitar drone with soft sub-bass sighing in and out, and ghostly washes and undersea echoes and booms welling up from below six fathoms deep; to most people, that may not sound like much but the track is highly absorbing and listeners may find themselves falling and sinking into its deep embrace.

“Phill 2” is a seesawing loop of orchestrated strings, horns and electronics, courtesy of composer Johann Johannsson who added double bass, cello and violin sounds to KTL’s echoes and ghostly sound washes. The piece reminds me of Aethenor’s first album which had something of a ghost ship theme (or so it sounded to me) and of course Aethenor is one of SOMA’s experimental collaborative projects. It’s repetitive but each repeated loop changes significantly from its predecessor in increasing volume, sense of horror and epic quality. The deep bassy loop snakes from one end of the work to the other and booms out from time to time, giving the impression of a leviathan monster swimming in the briny depths, snaking in and out of clouds of misty sediment. Sharpish-sounding horns add a majestic soundtrack quality to the work. The whole grand juggernaut comes to a satisfying climax of opposites that destroy each other as they merge, producing a completely new being of bright shattering revelation.

“Last Spring: A Prequel” is a sound art piece created for an art installation by Gisele Vienne of the same name and features a monologue performance by Jonathan Capdevielle who appears to play two characters using a clean voice and a gravelly, almost death metal voice respectively. The monologue is done in French but unfortunately there are no translations in English, German or any other language for non-Francophone folks to follow. While this is going on, an eerie drone hovers like a distant puttering UFO far in the background and strange phantom rumbles and crackles sound off whenever Capdevielle comes close to being hysterical and deranged. This gives the entire piece a murky, uncertain underwater feel and enhances JC’s performance in such a way as to suggest that we might be deep in his brain observing two voices at war and turning his psyche into a battleground between two forces of psychotic evil.

This album is a completely unexpected and welcome surprise from KTL: I had not anticipated that PITA and SOMA would progress so much together and individually with this project. The album is hugely atmospheric with many moods suggestive of dark hazy and murky underwater realms where malevolent serpentine creatures unknown to science lurk, ready to snatch a human victim and shoot away, never to return. “V” might very well be the best work the two have done together.