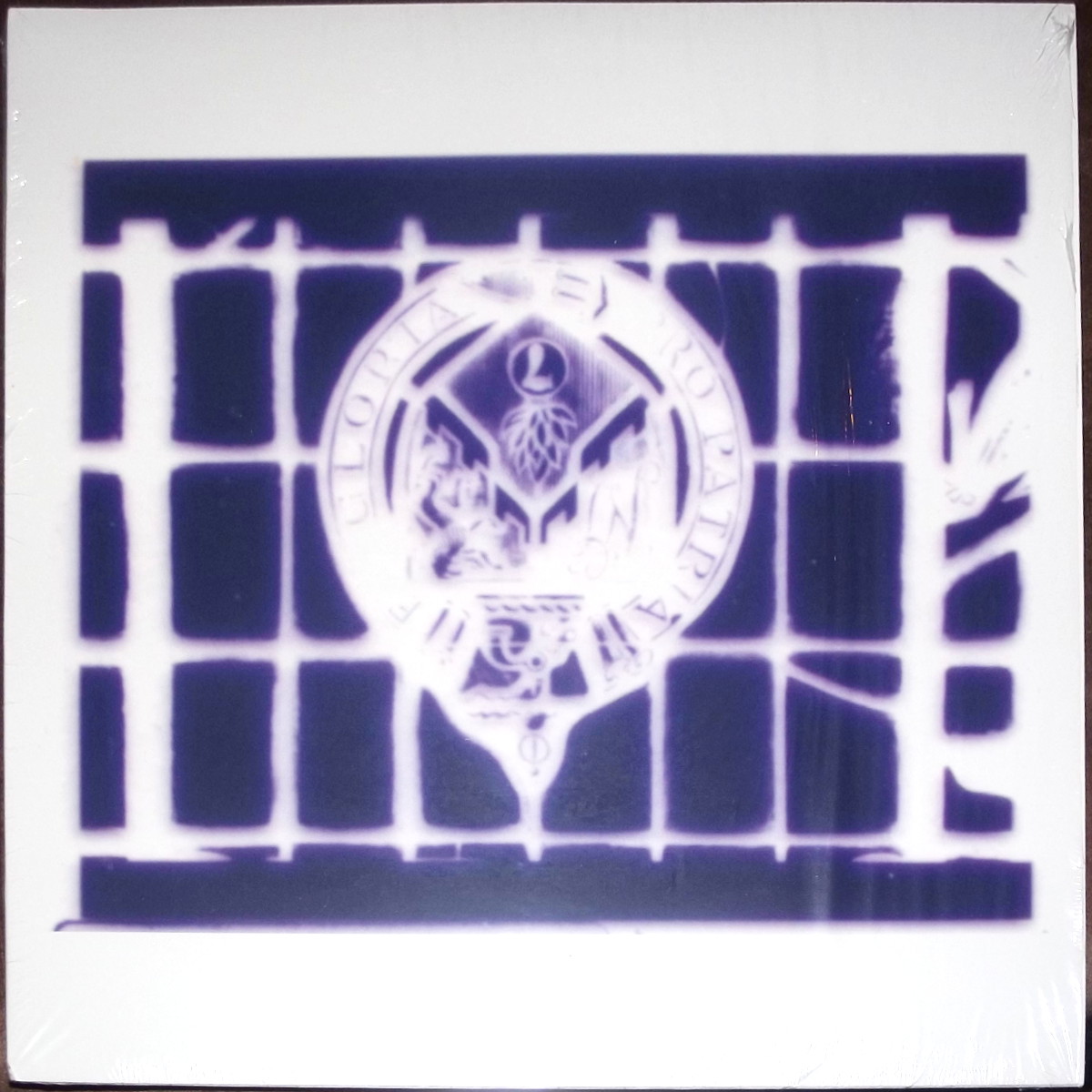 True Mirror Microfiche / Double AA Side (D.S. Al Coda #2) is the vinyl viand of the evening. Pressed in red vinyl it be. It’s on a label called D.S. Al Coda. We may have several CDs received from this label as well. As yet, I don’t fully trust the vibe of what they are doing somehow. There is a bit too much text, context and meta-text for everything. This release is credited to Dexter Sinister though it is far from clear what this means. Alex Waterman and Dan Fox seem to be credited as principal instigators. The A side I liked. There’s music composed by Alex Waterman. Waterman is a significant composer associated with the Plus Minus Ensemble in Europe and the Either/Or Ensemble in New York; and he’s worked with Robert Ashley. Perhaps it’s a document of a performance which includes some music and some on-stage antics that involve footsteps, dimming lights, maybe a screen show of some sort, and a brief lecture. The music is beautiful at times, in its halting way. A trumpet played by Peter Evans, a violin by Hrabba Attladottir, and some turntable effects by Marina Rosenfeld. Gentle phonograph rumblings more likely. The music may have been scored or directed in some way to be as simple as possible. Basic patterns of notes just keep repeating. It’s quite soothing but also extremely enigmatic. It may be minimal but there are rough edges, overlapping vectors, patterns that don’t quite match up when you think they should. Nearly exact opposite of the usual control-freak perfection minimalist music. Another thing I like is that the ending of the piece is clearly stated, announced, and happens as a very concrete moment. And this may be reflected in the sleeve notes too. Again it’s a layer of meta-text we can probably do without, but I like concrete moments when I can get them. It feels like a document of a thing happening that is in some way beyond one’s reach, a statement of self-evident simplicity that is impossible for the mind to grasp.

The B side is by turns annoying and intriguing. Dan Fox may be the perpetrator. He describes his work as “sound intervention”. Spoken with a very Home Counties accent is a self-important and rather pretentious diatribe, an art history lesson that takes in the Armory Show, Marcel Duchamp, and aspects of popular music too. It somehow draws a line from Duchamp to My Life in the Bush of Ghosts (Byrne / Eno) and back again, with many cultural stations on the Bakerloo line of the mind. It’s punctuated with radio dial interference effects and snippets from music too. It’s probably very serious in intent. The bits I liked was where the whole wordy business appeared to be folding in on itself in some way. Paragraphs repeated or restated in a different context, or read in a new voice. Quotes within quotes in some way. Playback of an earlier tape which contains the whole phrase or paragraph which was only excerpted previously. The experience is even more confusing if you try to read the printed text as well. It doesn’t quite match. Neither a proper transcript nor a palimpsest. It reminds me in method of The Post Nearly Man by Mark E. Smith, a very odd spoken word record whose cultural importance still doesn’t seem to have been properly appreciated by that many people. You may take issue with the specious art history conclusions drawn by this piece (I know I did), but the form it takes is interesting and innovative, like a lecture or essay illustrated with small sound bites, which tend to pull the train of thought down some odd sidings.

Another offputting part for me is the inner sleeve. It contains enormous wodges of printed text. I cannot be bothered to read them. These texts seem to conceal as much as they reveal. They refer to trivialities as if they were incredibly significant, and make insider references to things / events / places in the career of the creator(s) which we could not be expected to know (or care) about, yet he/she/it treats them as though they were common knowledge, widely appreciated and understood. Or is the whole thing a constructed fiction to add yet another layer of obfuscation? I experience the same exasperation when I read about the finer points of some absurd Fluxus performance or event, which didn’t mean much outside of a circle of five friends in New York. Sorry for incoherence, I could have been more careful in the writing but I feel like only a semi-distracted associative ramble through my half-baked brain will do when attempting to sum up this unusual work.