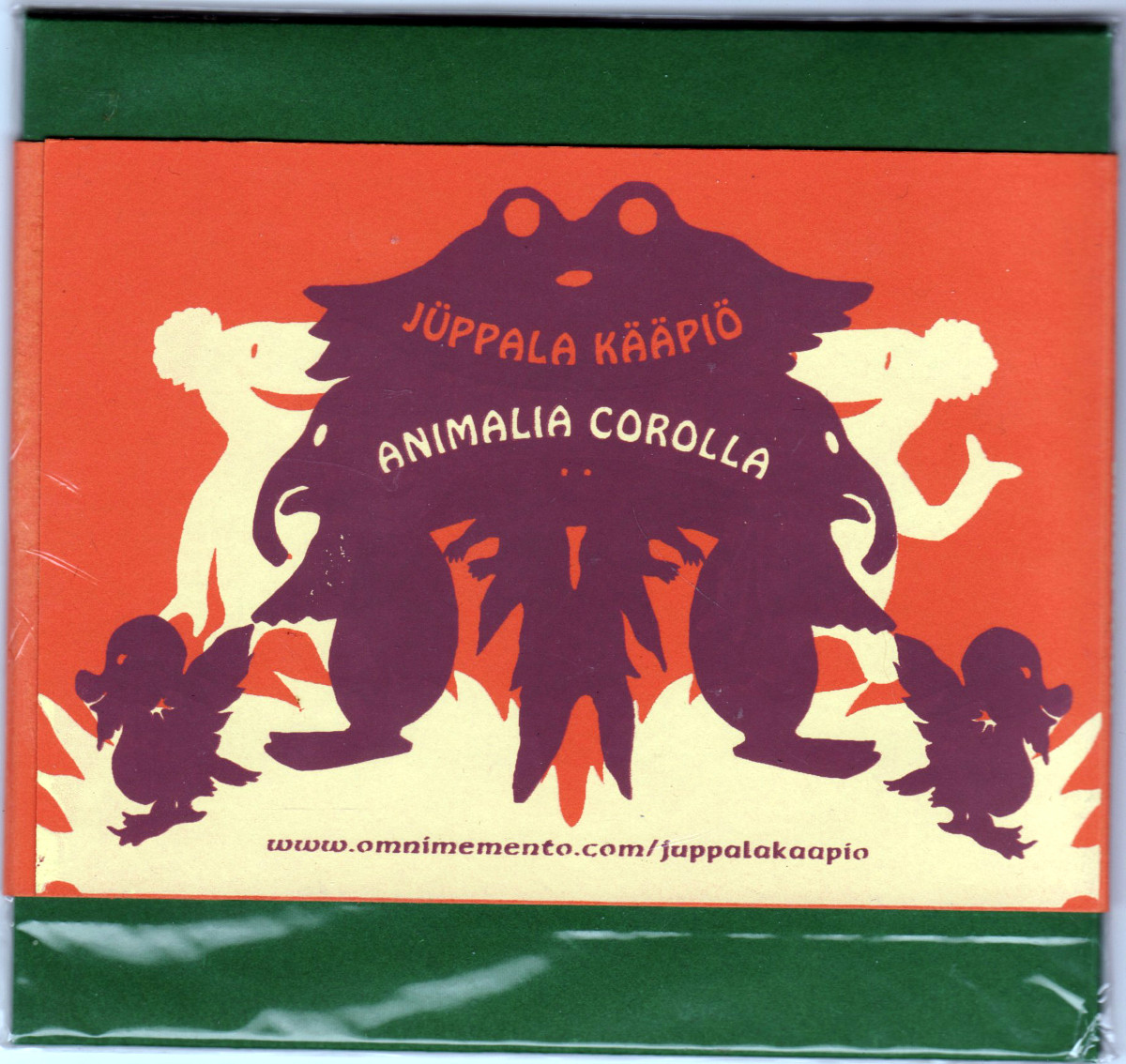 Ha- ha, I was fooled into thinking Jüppala Kääpiö was indeed a Finnish folk group beavering away on portable electronic gadgets and handheld instruments in a little log cabin in dense forest somewhere far from Helsinki or Tampere or any other major centre in Finland, keeping to themselves most of the time except on the rare occasion when one of their number would shyly venture to the local community store to post a few CD copies to a generous and kind-hearted distributor like Fonal Records or Aquarius Records in San Francisco or even Ed at TSP. In fact the only real Finnish deal about Jüppala Kääpiö is the name: the Belgian-based act is actually made up of Japanese sound artist Hitoshi Kojo and Swiss singer Carole Kojo. The music they play is based on environmental themes and folklore traditions drawn from various countries and if I listen carefully, I swear I can hear something almost like Okinawan folk music: light, sunny and on the playful side.

The album proper begins with “Yokoso”, a beguiling neo-primitive ditty that repeats over and over with fairy-like chanting and ululating glossolalia, supported by quaint gentle percussion. “Pollen Penetration” follows in a similar vein in a more relaxed manner. “Yetti Frottage” features the kind of delicate abstract fragmented and slowly evolving improv music that once upon a time the label Music Your Mind Will Love You championed; there is even the ghostly and slightly sinister ambience and the quivering violin that I associate with the label. Now Carole Kojo starts singing in a more natural voice that seems at odds with the spooky space critters floating over and above her head: her voice might remind one of Tara Burke of Fursaxa, Merja Kokkonen of Islaja and in parts the girl vocalist from Paavoharju.

As the album progresses, the music becomes more lavish and lush as though the fairies, confident that they have got our attention, are now bringing out more elaborate orchestras of fairy and insect musicians, all playing exotic instruments of which no two are alike, and each and every one of them revelling in the peculiar and unearthly melodies they release from their strings, blow-holes, drums and chimes. Fairy choruses croon and wail their fragile songs of nature, the ever-changing seasons, the fleeting quality of life, the shifting images of beauty and the longing for good times and merry-making long gone.

This is very beguiling and magical music which deserves to be more widely heard. Perhaps a better sound production that would bring out some of the background sounds and enrich the textures of the music – the album might have benefited from different sound atmospheres and a bit of reverb in parts to give some songs a more sculptured feel – might bring “Animalia Corolla” to greater public attention.