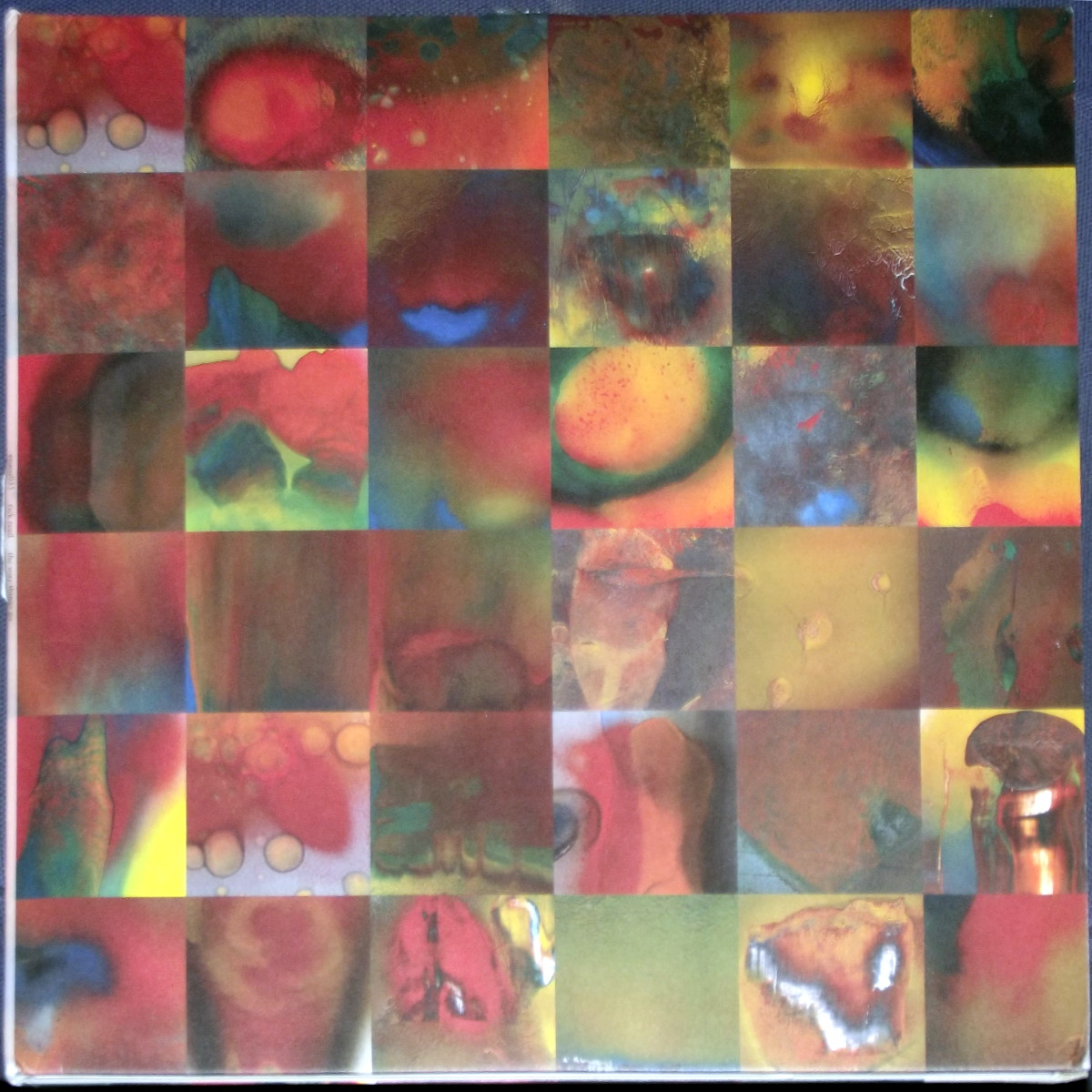 Texas musician Rick Reed is here with a sumptuous double LP called The Way Things Go (ELEVATOR BATH eeaoa035). I am ashamed to say we have had this in the vinyl waiting list since May 2011, if the release date is anything to go by. Reed is a composer who layers his tones using tone generators, synths, and radio waves, and believes in long-form duration to achieve his aims. There are only six tracks across this 83-minute double package, which gives you some idea of his sense of scale. Each work is an enormous abstract expressionist painting, with dramatic timbral shifts taking place across unexpected and subtle turns. Reed is not one of those near-silent mysterious droners, either; he gives you a lot to listen to, a lot to digest, and as well as thinking big, he also believes in making it loud. For full appreciation of these solid and very very continuous electronic drones, turn up amplifier loud and prepare to float in a colourful and intense atmosphere that has no end in sight. At least three titles give us a clue to the Rick Reed aesthetic: ‘Mesmerism’ is the effect he intends to have on your psyche, lulling you into a trance with his throbbing tones; ‘In a hazy field of gray and green’ is the precise visual analogue we need to understand the contours of this near-shapeless music, and through naming colours he suggests its rich tonal effects (unlike some droners, Reed does not neglect the root note); and ‘Celestial Mudpie’ indicates the more spiritual claims to his music, promising a heavenly experience to the listener, while at the same time admitting it’s not so grandiose, and he might not be much more than a kid in a sandbox making mudpies. I should stress that “muddiness” is not one of his characteristics though, and this heavy sound has been so well realised, recorded and pressed that when spun it passes on the complete desired punch, groove for groove, in highly vivid manner. Reed did the cover paintings too. The label is still puzzled why Rick Reed is not better known as a composer, and it’s true he does have enough droney capacity here to outlast any of his English counterparts – e.g. Colin Potter, Nurse With Wound, Mirror – who continue to receive many plaudits.

A truly uncategorisable item is Come Ho Imparato A Volare (CORVO RECORDS CORE 002) by the Italian artiste Ezramo. This is evocative, lyrical art, created by a very gifted miniaturist. In just six short tracks we hear a bewildering variety of musical and sound-art techniques, all in the service of Ezramo’s peculiar minimal-poetry lyrics; she sings, plays piano, zither, harp and bells, and also collages field recordings. She also produced the drawings and texts for the whole sleeve. You probably won’t be surprised to learn that this gifted woman is primarily a gallery artist, who assisted at the 2011 Venice Biennale, and that this LP has its origins in an exhibition of the same name which was shown in 2009. In the two years following her Stuttgart success, she developed this music which I suppose (not having seen the exhibition) might be an aural rendition or re-casting of the same themes. She is interested in insects and larvae, as is Irene Moon but in a quite different way, and she intends to explore the idea of “transformation”. All the album’s titles refer to this concept, either obliquely or directly, and if you think the image of being wrapped in a cocoon is going to depict a comforting interpretation of human existence, quite the opposite. It’s fairly clear that the entire experience of “How I Learned To Fly” is sad, painful, uncertain, and even racked with torment. Despite moments of respite implied by the romantic piano fugues, the core of the work is quite insistent on these raw emotions, many of which are clearly very hard to express. I welcome this degree of honesty and truth in art, which is very rare. The printed text inside just sings to us about the painful primacy of existence, and our responsibility as human beings: “Wake up!! It’s not a dream…this is your resurrection, your gothic metallic electronical freakin pathetical southern bloody blooming resurrection”. It’s also evident that the gifted Ezramo, whose real name is Alessandra Eramo, knows exactly what effect / meaning / substance she is aiming for with each note she creates; not a single wasted moment across the entire LP, which is compact and accurate as a jet of ice cold water between the eyes. I also welcome this sort of discipline and economy in art. As to what it sounds like, besides the piano music episodes, there are two or three abstract tracks of intense hissing sounds which deliver all the tension and fear implied above; there are overdubbed vocals chanting absurdist la-la tunes in a stark manner; and an opening track that is an expressive metallic rattling episode, highly reminiscent of Ashley Paul’s music. The LP ends with a collage of sound effects and field recordings that seems to depict a dramatic and near-nightmarish Cinderella story – footsteps running, voices muttering, something going badly wrong at a concert with choral music and brass music. 300 hand-numbered copies of the “trade” edition, and 50 art edition copies which were inlaid with original drawings by the artist. Released in March 2012, this is one of the most beautiful records (aurally and visually) I have received this year.