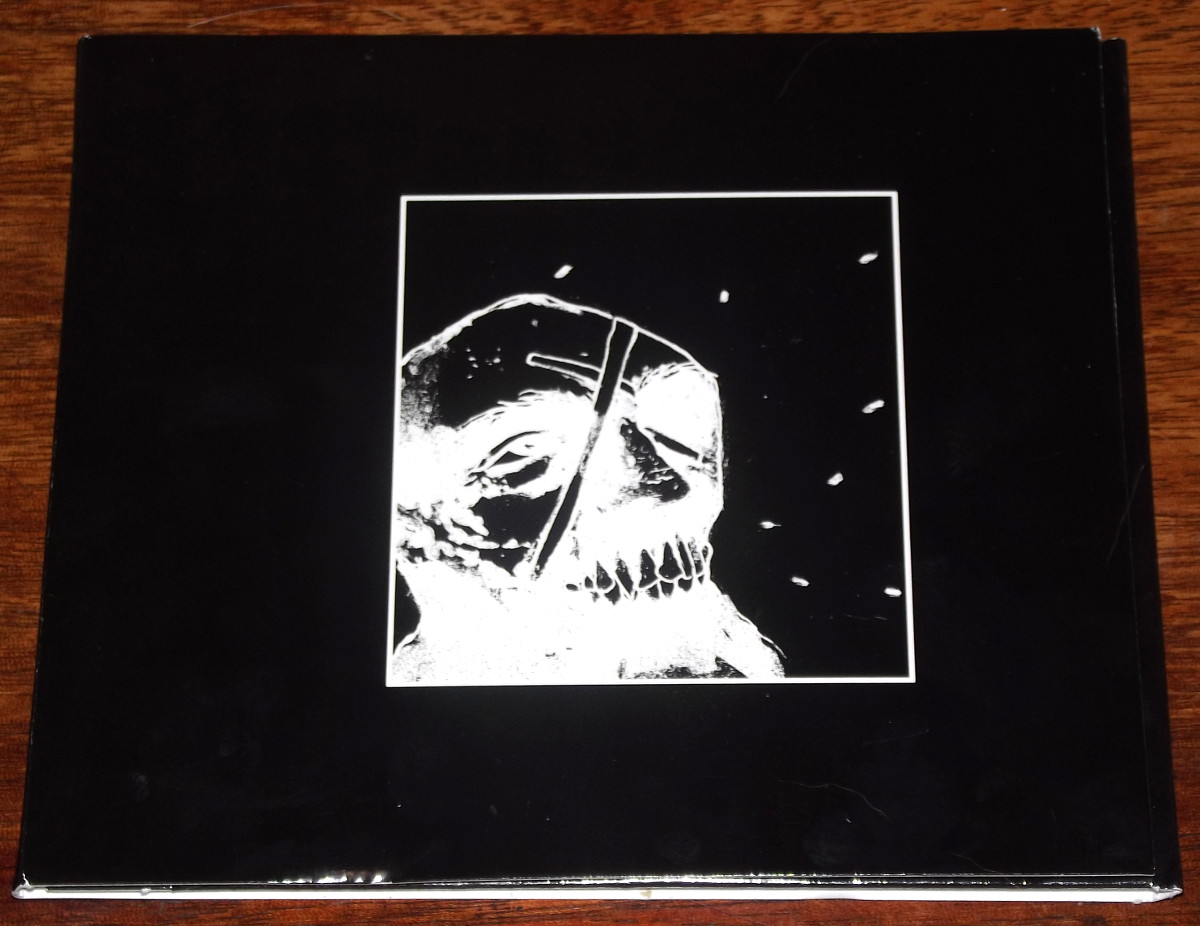 That path is for your steps alone

The Italian percussionist Andrea Belfi has recorded Wege (RM446) for the Room 40 label. He feeds his drum kit through a looping system that involves amplification and feedback, and a modular synth; he’s able to control the degree of feedback with his mallets and sticks on the snare, or even by stretching the skins of his drums. In this way, he is said to emulate the composition ‘Pendulum Music’ by Steve Reich, which used similar methodology, but it also seems appropriate to mention Max Neuhaus in this context, who was an early pioneer of using feedback with his drumkit in the early 1960s. Belfi’s results here are far from dry or academic though, and he manages to transcend the means of production, creating rich crackling textures that fizz with subdued energy. He even creates some passages of sweet music with melodies, rhythms and patterns. From 5th March 2012.

Norwegian saxophonist Kjetil Moster may have started life tooting wild sqwawks for a hardcore rock band, but after hearing records of John Coltrane he was drawn towards jazz, opting to study that musical form at the conservatory in Trondheim. He’s since found a way back into rock music as a key member of Datarock, but still finds time to contribute improvised sax music with other groups when the occasion requires. His Blowjob (+3DB RECORDS +3DB014) album is a set of solo tenor improvisations. It’s great as a showcase for his techniques, including overblowing, heavy non-musical breathing, and long sustained tones – all of which he has clearly mastered and puts them to use in service of his music, sometimes melancholy, sometimes emerging as disjointed thoughts. The tracks ‘Sayonara’ and ‘No Wonder We Love’ exhibit his romantic side, except they are like stripped-down, ultra-minimal versions of the sorts of tunes which Coltrane would have rendered as richly-embroidered fabrics. The title track and ‘Seaweed’ are much more abstract, a delicate cross between a breathing exercise and the blueprint for an improvised melody. From 5th March 2012.

A triptych for the end of the world

Debacle 070 from Seattle’s Debacle Records is a compellingly violent split between three noise projects, only one of which is familiar to us. It begins with Bacteria Cult, which may be the work of Chris Dodge who performs in many bands and projects besides running the Slap A Ham Records label. He is joined by three other players (Fetus, Howard and Nervo) and their 20-minute piece ‘It has been 3,000 years since the machine has stopped working’ is a full-bodied experiment in rumbling feedback, electronic tones, speeded-up voices and liberal use of a delay effect, all in the service of painting a pessimistic vision of things to come. Strong opener; gotta admire Bacteria Cult’s rigid control of their sonic elements which are carefully laid out to exploit the dynamic possibilities to the full. Yet it’s poised on the edge of chaos throughout. Good morning tension.

Juhyo is the team of Brian Kopish and Bill Henson from Minneapolis. Their ‘We Are Not Winning’ also uses a voice component or two, and one of them could be a media commentator or a military personage lamenting the fact that [America] is not winning a war. To bolster the sense of futility and inescapable misery, the Juhyo lads emit bizarre electronic sloughing effects that are not unlike the sounds a dying whale might make if she consisted of metal parts and circuits instead of bones and blubber. This shapeless and parpy musical rondello sits on top of an insistent lower-depths bass rumblage and is punctuated with sinister, bristling purrs from a spiky musical-box torture machine. The added voices increase in hysteria and madness as a counterpoint to the calm and assured grimness of this black noise, which ploughs on remorselessly. War is Hell, eh!

The set is completed by Blue Sabbath Black Cheer, the core team of Stan reed and wm. Rage and Crystal Perez, joined by M S Waldron and producer Scott Colburn, the same team who have sickened and terrified listeners with their monstrous, skeleton-filled recordings in recent years. On ‘Pure / Filth’ they may appear to have reined in their tendency for all-out thermonuclear war in sound – at least for the opening half of the piece, which is an increasingly menacing and expanding set of ringing frequencies slugging it out for space on the battleground with some slow-motion explosive bursts of ugly noise. But by the mid-point of this hateful symphony, the gloves are off and the entire widescreen arena is ablaze with hideous bombshells and fireballs, spelling death for any living creature within range. We listen horrified – can it get any more intense? It can. Only a few hardy souls will make it to the end of this harshest of harsh noise walls, where the very sound itself is capable of choking our lungs with putrid black smoke.

If the three creators share any common ground here, it would be their unfailingly bleak outlook on human existence, and a need to express their varying degrees of dismay through long-form escapades of inescapable despairing noise. Even when tempered with exciting dynamics, as all the music is, there is still no escape from the gloom, which at times threatens to choke us. The other shared sentiment is a certain relish in savouring the charred filth of the blackness into which they continually plunge. The package draws implicit connections between disease and warfare, both spreading unstoppably. It’s also possible to “read” the three tracks as a narrative sequence in triptych form, starting with a society where the machinery of its infrastructure has broken down and left them in a less than desirable state; proceeding to a point where war has broken out, and it’s an unwinnable war; and ending with a complete disaster of utter annihilation, probably involving large amounts of heavy explosives. The plot of all the Terminator movies, in short. From March 2012, a very credible example of modern noise horror, with excellent illustrations by Seattle artist Demian Johnston.