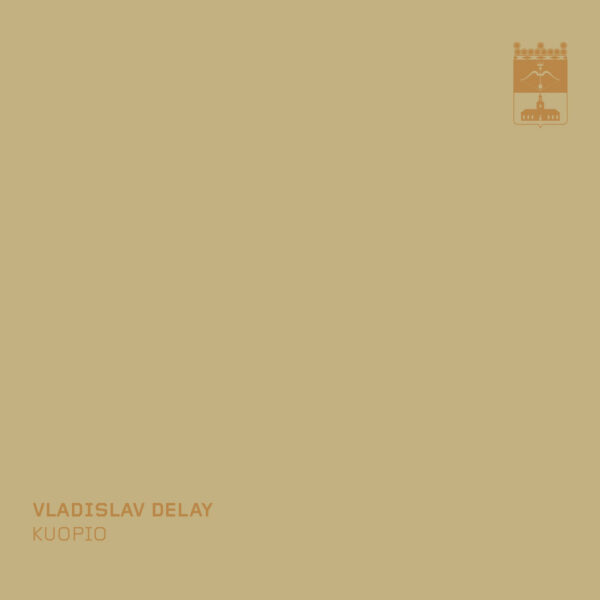 I only hope our man Sasu Ripatti knows what he’s doing naming his Vladislav Delay project’s albums after various Finnish towns; looking at a map of Finland, I see he has his work cut out for the next several decades. I’d happily listen to albums named after towns like Alavus, Kaskinen, Orimattila and Savonlinna though, as long as they’re not factory towns where the main industry involves pumping strange-smelling coloured smoke into the air or equally strange-smelling coloured water into the river. As if VD would do such a thing!

As always, these recordings have a beautiful if (almost classically so) cool minimalist style, a wonderful ambience that’s hard to describe but which to me seems warm and a little stand-offish all at once, and those 3D sounds that peel off the disc in sculpted curves or flubby little blobs. On “Kuopio”, the music acquires a new sense of urgency: the tracks are jittery and nervy even though the nudges of sound appear smooth and reassuring. The tracks are repetitive with constant looping providing the only structure to the music. “Hetkonen” is a highly varied piece with a pleasingly jagged and scrapey edge at times when the music sometimes threatens to smooth over to the point of banality. On the other hand the maddeningly repetitive “Avanne” isn’t much to talk about other than for me to observe the relief I have when the track fades out quickly.

We’re into the second half of the album: “Osottava” leads off with a deadened percussion-like rhythm that recalls Ripatti’s first career as a drummer. “Kulkee” is uncharacteristically heavy-handed in treatment and leaden-footed in pace and beat; at least it still holds its head high. “Marsila” would be equally monotonous if there weren’t that little scraping loop in the background and that other loop of high-pitched rounded tone dollop melody; the track eventually develops a happy skipping routine with some interesting little effects here and there, all crunchy, tinny and shlubby. “Hitto” has a deranged air and veers close to madness, disorientation and chaos.

This beats-driven album with the spastic rhythms and choppy tunes may sometimes drive a listener up the wall  over the maddening monotony. It might be saying something about Ripatti’s mood or whatever was happening in his life at the time of recording; it certainly doesn’t sound as if he was relaxed or happy when he made it. I know he has had health and other problems in the past and sometimes when I play his albums I find myself fretting that he’s running himself into the ground. “Kuopio” is sure to satisfy a crowd eager for more techno-oriented dance rhythms; I on the other hand would have preferred something more flowing, mysterious and with varied, shifting moods.