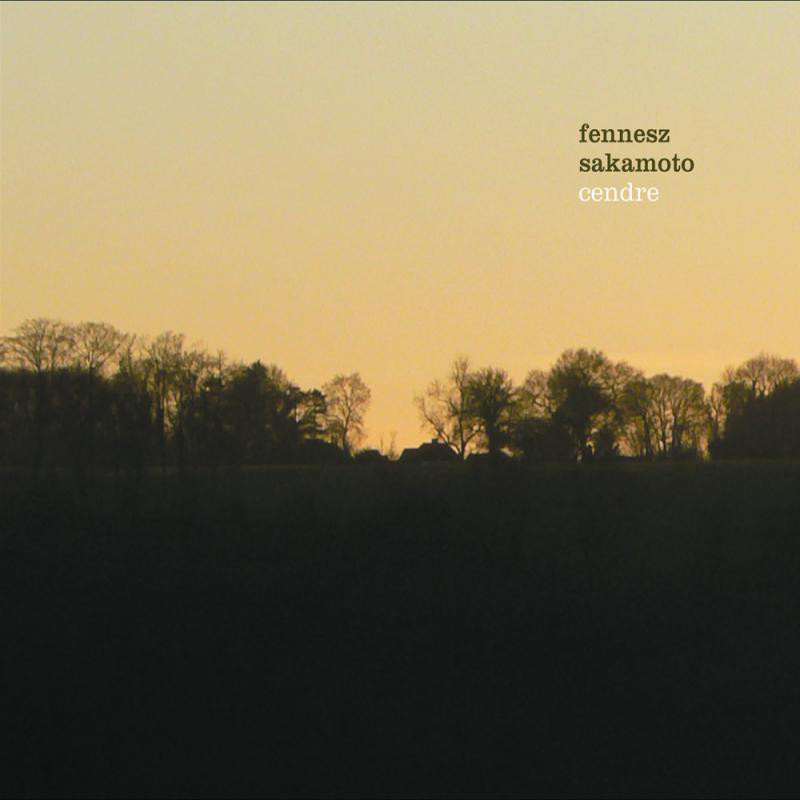 Sometimes I wonder if I’m missing out on much by various artists who I used to listen to but then drifted away from. It’s been quite some time since I heard anything by Christian Fennesz. So I thought I should check out this collaborative instrumental work from 2007 with Japanese composer / musician Ryuichi Sakamoto with whose music I was also once familiar way back in the early 1980s when he was a member of Yellow Magic Orchestra.

“Cendre” is a series of ambient soundscape pieces done mainly on piano, guitar and laptop (used to process guitar and piano sounds and melodies). All track titles are short one-word names that suggest states of incomplete stasis or the remains of something that once existed but is no more. Much of the music is desultory piano melody meandering, often sad and meditative in mood as it favours certain keys, with guitar and laptop electronics active in the backdrop. The atmospheres can be quite dark but they are never menacing or threatening. No other instrumentation is used and there are vast spaces revealed in the music by the plaintive keyboard tunes. There is the sense that listeners have to fill in the empty spaces with their own imaginations and memories that those darkened spaces might evoke.

Although the album is divided into 11 tracks, the music is better heard as a continuous soundtrack of changing melodies and sounds that passes through a melancholy blues style, something approaching lounge lizard muzak and occasionally falling into abstract experimental territory. The best tracks are those where the piano and guitar electronics are blended so well that everything sounds like one instrument with an amazing array of tones and effects that all sound like pure piano and Fenneszian guitar effects (“Kuni”, for instance).

The music is certainly very beautiful and its sculpting can be gorgeous and heavenly but at the same time it stays within a very restricted zone of Melancholia: in this world, joy, lightness and happy defiance, in the face of a world that insists on solemn observance of the transience of life, are qualities alien to its denizens. I know we all have to die one day and for many that’s a terrible prospect to be shunned; for others such knowledge kills off all motivation to live fully in the moment; and for still others the awareness suggests we must observe detachment and resist a hunger to satisfy all our appetites but at the risk of denying our emotions, feelings and animal passion; but “Cendre” takes its remit of regarding the world and change with a detached eye rather too seriously to the extent of draining any life out of the music. The result is an album that increasingly becomes stupefying and soporific as it hammers its message over and over with each subsequent track.

Hmm … I probably wasn’t missing all that much after all after floating away from Fennesz and Sakamoto all those years ago.