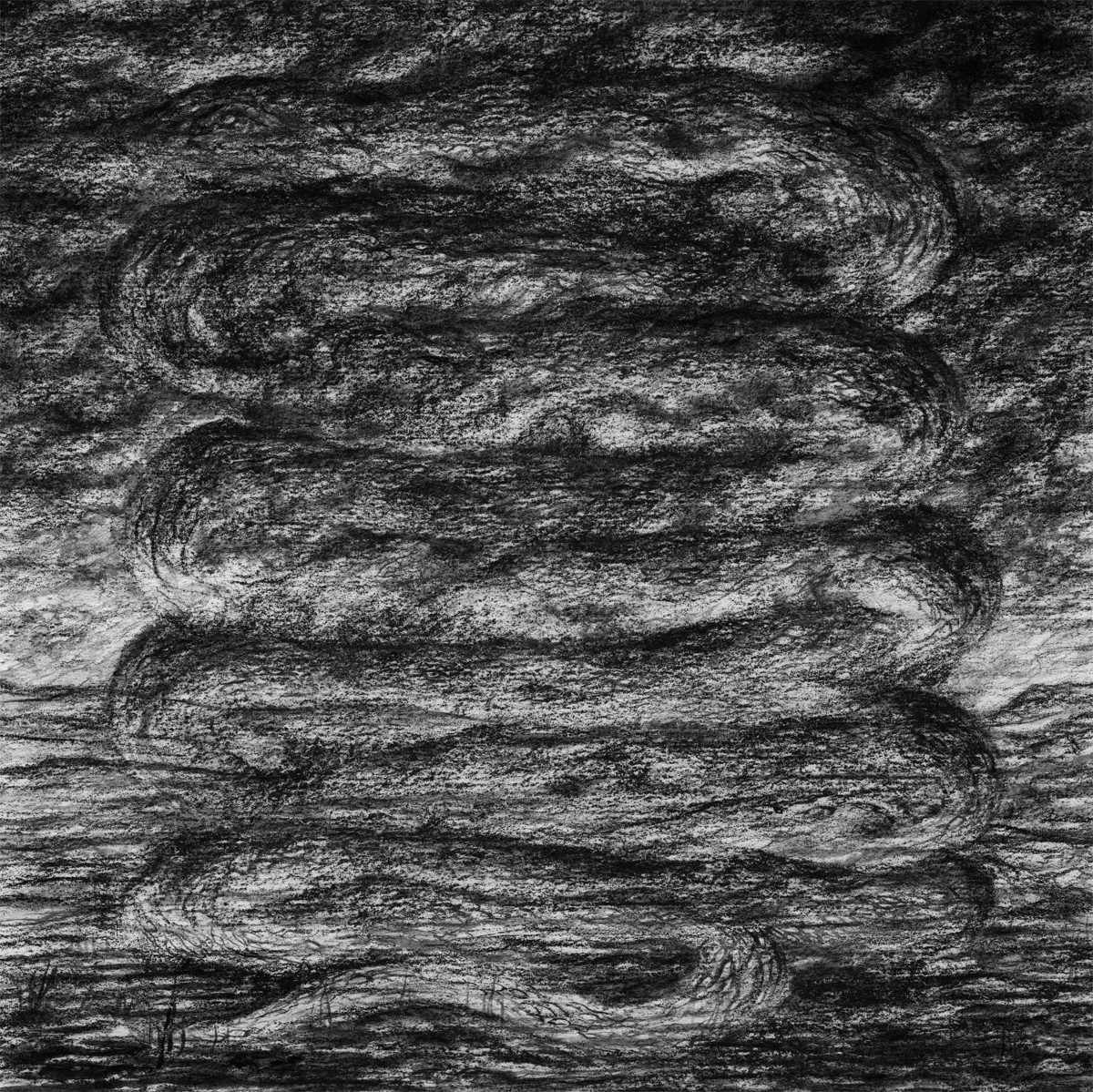 Ash Borer hails from California and since I buy a lot of music from Aquarius Records in San Francisco, one would think by now I should have known about this act since 2008 when it formed. But wouldja believe, I only found about these guys a week or so ago and that by sheer accident while mucking around on the Internet! “Bloodlands” is the band’s most recent release and features just three tracks.

“Oblivion’s Spring” combines fierce and brutally fast and punishing black metal with a repetitive and melancholy post-rock guitar riff loop. Although the black metal rhythms and rasping vocals dominate, the pure-toned dreamy guitar loops are never far away and form part of the backdrop to the music. Hornet-like tremolo guitar fans tension and a sinister atmosphere develops. The track is layers of blizzard-like black metal rhythm and sound texture going at full tilt, giving the impression of a black metal hurricane with a demonic life of its own. The force is relentless, even during the track’s quieter moments. Eventually the whole piece gives way to a very impressionistic drone of a ghost wind blowing over a dark desert.

“Dirge / Purgation” is another blistering exercise in raw atmospheric black metal rage texture and existential despair. Prolonged drone guitar links a short and fierce blizzard attack to a longer, slower piece that goes from a sluggish, pounding rhythm to a faster, more urgent black metal rendition of the same motifs from the slow music, and back. Sometimes the vibrato guitar playing over the top of the bass and rhythms sound a little like Middle Eastern stringed instruments. The track grows more powerful and muscular in its percussion. Everything moves inexorably to a monstrous towering climax

There’s a lot of repetition but it’s enough to identify the tracks without overdoing the looping and pushing the music to insane extremes that lose sight of the music’s intent. One side of the EP is more grimly black metal than the other, the latter incorporating melody and some psychedelic influence into its own eager maw. The composition of the two tracks follows a conventional structure piling on tension, fury and emotion into a monster that must inevitably explode under its weight; but though the climaxes consist mainly of long dronin g guitar, they can be awe-inspiring and soar majestically.

The overall impression the EP gives is of a snapshot of a much longer and more demonic soundtrack describing a world of black hell where punishments are unrelenting, hard and cold, and are given by devils implacable and indifferent to human suffering by nature. This is one recording that could have been much longer without having to compensate for extra playing time by introducing other music elements that might detract from the sense of nihilism or deep depression.

“Bloodlands” is an excellent introduction to Ash Borer and its style of atmospheric raw BM that includes doom influences and drone verging on abstract and experimental.