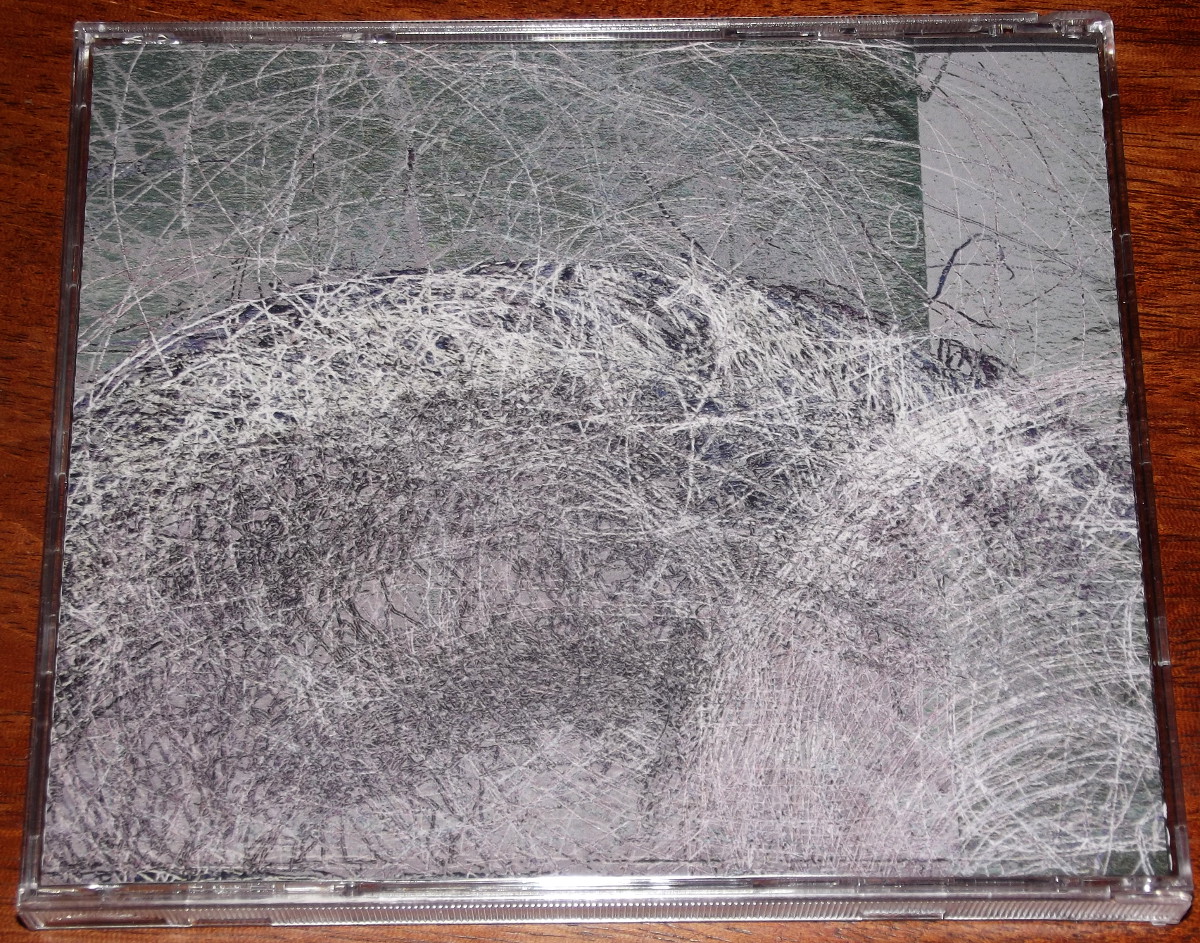 Among the most radical and fiercely experimental avant-noise makers is Guido Hübner and his project Das Synthetische Mischgewebe. The DSM entity sometimes seems so nebulous I would never like to take bets as to who is involved in it, what its aims are, what sort of sounds it makes, or if it even exists…however, Guido is real enough, a friendly and approachable fellow who sent us a parcel which arrived 01 June 2012 with the note “Guess you got the one with RLW already?!”, which may or may not refer to a joint release which I did receive at the same time as RLW’s Sechs Abstande LP but have not yet spun. “Here’s my latest one…will tour Ukraine with Artificial Memory Trace in July/August”. The latest one is called hápax (legómenon) (PHAGE TAPES PT:178) and comprises three lengthy tracks of unidentifiable, strangely creaking non-musical and highly abstracted sounds. The story of it is that there is an incarnation of DSM which plays live shows, an enterprise for which Guido is joined by Rainer Frey and and Samuel Loviton in the presentation. It’s largely built around the “amplified objects” method, a technique which only the bravest improvisers have ever approached, and few have pulled off with success. It’s hard to state with any certainty what these objects may be, or how they are selected; indeed they may be more in the way of “assemblages”. If the photo inside here is anything to go by, we’re talking about the contents of an average kitchen, garage or garden shed or items rescued from a junkpile, or indeed simply fished out of the recycling sacks of any given city street. The players then activate sounds using equally obscure methods, sometimes involving motors, but also applying a parody version of the movements of a classical instrument player (e.g. bowing, strumming, hammering) to the objects. Everything is amplified with mics, contact mics, or tiny guitar pickups; and the sounds are manipulated in real time by all of the players on stage.

When doing this, DSM lay great stress on the spontaneity and untidiness of the on-stage situation (wires and cables trailing everywhere around the piles of junk), and are proud of the very strong dynamic ranges they generate for the delectation of the audience (combinations of electronic and acoustic, very high and low sounds). Not that you would necessarily glean any of the above from hápax (legómenon), a CD which itself constitutes a reworking and recomposition derived from multiple live shows recorded in the eight years between 2003 and 2011, and in 24 different international locations. I am unable to convey in words the effect of this record, except to note that the aural experience is a tremendously understated one and the listener must tread patiently across the bric-a-brac presented hereon, paying close attention to the fractured stream of anti-logic that has been created. The abiding impression is a very Surrealist one, taking us back to the roots of Surrealism inside the flea-markets of Paris with their odd objects piled up in chance order. There is also the strong absurdist streak, putting objects to a use for which they were not intended, and eschewing normal music production methods in favour of strange sound generation. I am reminded of a very obscure French comic strip story by Paul Carali, called “Albert Le Différent”. This absurd psychotic schizoid character was so disaffected and alienated from modern society that he set about trying to “guess” the meaning of household objects used by ordinary people, simply because he genuinely had no idea what they “meant” or what they were used for. In the end Albert was arrested and declared certifiably insane, until his twisted logic persuaded the analysts that he was not mad at all. The authorities not only released him, but soon thereafter the rest of society started doing things Albert’s way, and he had to revert to “normal” behaviour in order to remain “different”. There’s a moral here somewhere.