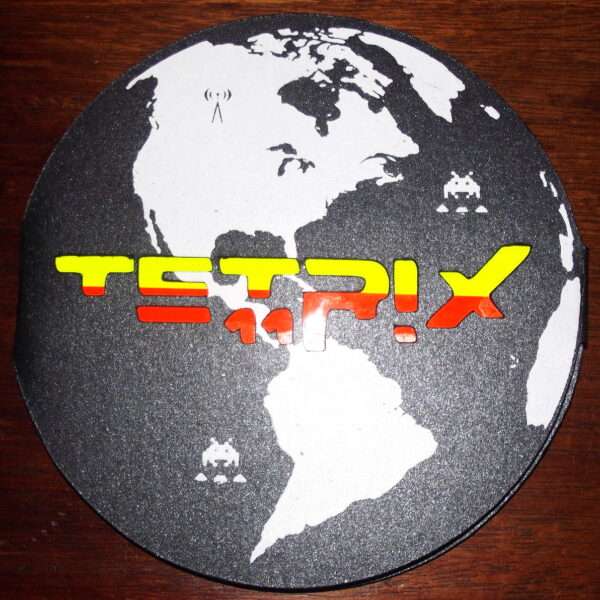 Koji Asano remains as productive and as enigmatic as ever. This Japanese emperor of distorted drone released Travel Coupons (SOLSTICE 047) in June 2012, his 47th new record, and I know for sure there’s another new release from him awaiting me in one of the forthcoming bags. This one has a travel-themed title and a couple of touristy photos from unidentified locales on the cover, plus it comes with a free pack of Koji Asano paper tissues, the kind of complimentary gewgaw you used to be given on airlines. The front cover is, we have to admit, a shade less impenetrable than the average Koji cover – with its attention to framing and composition executed in a manner that might almost satisfy the demands of a renaissance painter, its use of primary colours, and the incidence of a number and two road signs,all giving us signs – potentially loaded semiotic information we might stand a chance of decoding into something useful. No such luck with the music though, which remains nebulous and evasive, obdurate in its refusal to give out with the clues. For a change we have two tracks instead of the usual Asano ploy which is to conquer the listener’s resistance with a single hour’s worth of strange music which pretty does one thing. Track one is the usual faceless electronic drone music treated with wobbly reverb effects to induce travel nausea, which I think Koji has done to disarming effect on another release in the last few years. The second track is rather different though, a kaleidoscope of spinning layers of abstract blurriness which don’t quite overlap. The listener keeps hoping for the shapes to resolve into a meaningful pattern of some sort, but we’re kept on the edge of expectation for 48 minutes. It’s as though Koji had been to a week-long avant-garde music festival which featured several large orchestral works by Stockhausen, and was enjoying a drunken memory of the music he head heard on the long flight home as he slumped exhausted in his seat.

The unclassifiable Tetrix from Calgary send us their new item 28 June 2012. it might be called Tetrix 11 or T11, unless that’s the catalogue number, and it’s their version of a radio play. On this sprawling and bewildering work, their experimental music and fractured avant-rock songs are interspersed with sound effects and cut-ups of radio jingles, plus distorted fragments of real or imaginary radio announcers, cars driving while playing car radios, and tiny excerpts of little plays within a play. Radio play concept albums are an intriguing device, and one that I sometimes wish more musicians would make use of, but when they do they often descend into pretentious concept-album nonsense. In the electro-acoustic area, the most successful example I can think of was Roger Doyle’s Babel / KBBL from 1999. Predictably, Tetrix have a very oblique approach to the task, and their original concept of a radio play is likewise pretty deranged from the get-go. They create a highly compelling and textured sound-jumble full of confusing scene-changes and corresponding acoustical shocks that succeeds admirably – if the aim is maximum listener disorientation. Eventually however a science-fiction story of some sort emerges, including what might be their own spot-on impersonation of War of the Worlds by the Mercury Theater, and this develops into an end-of-the-world scenario relayed through dramatic snippets, including the clever device of characters within the radio play learning information from listening to the radio. Throughout the enfolding apocalypse, Tetrix maintain a cheery and upbeat vibe to the work, and it’s often hard to know when their tongues are in their cheeks or how to separate out the parodic elements in this elaborate mash-up. Even the innocent-looking retro Space Invaders on the cover art somehow assume a slightly sinister bent. With this release, Tetrix may have just found the ideal form of expression for their bonkers multi-faceted style of music: their obvious facility with many musical modes, which apparently grates with some audiences, fits perfectly into this loosely-structured narrative framework. And even if you don’t appreciate either the songs or the story, this release succeeds purely as a sound experience; the wealth of detail and “busy-ness” is quite astounding, with wild dynamics, dramatic changes, tasty textures, filters and studio treatments layered on with relish. And of course it is issued in a suitably gimmicky cover, although by their past standards this one is positively restrained in its colour scheme and use of foldouts.

Time for another item from Italy’s Lisca Records. Culver & Karst serve up a single 33-minute track on Mile High Volcano (LISCA 009), which proves to be no more than an dull and inert rumbling sound, largely unvaried for its duration. It doesn’t have the force or energy to qualify as Harsh Noise, and while the title promises some form of explosive orgasmic sensation, the actual results fail to satisfy.

A large number of musicians are gathered together as the Insub Meta Orchestra, recruited from parts of Switzerland and elsewhere in Europe; about 40 of them may be heard on Archive #1 (INSUBCD04), which I think is the first attempt to release some of their collective experiments after about a year of working together. The six tracks here were distilled and selected from three days of activity during the summer of 2011 in Geneva, and d’incise – who also plays in the Orchestra – released this as a download and physical item on his Insubordinations Netlabel. Given the scale of the enterprise and the large number of instruments, including quite a few electric guitars and electronic musicians, the listener might be expecting chaos, an unkempt, roaring noise. Instead Archive #1 is the document of a very restrained and subdued mass-encounter between sympathetic exploring musicians. It seems many of the participants were likewise anticipating an unholy mess to be the result of this project, but instead a mutual respect developed and a subtle movement towards some form of shared consciousness was a noted phenomenon. By a mixture of unspoken agreements, free improvisation, and semi-structured conduction techniques, this quiet and slow music was created. This is not the mystical massed droning of The Taj Mahal Travellers, nor does it have the tautness and rigour of any given “Onkyo” or “Reduced Improv” ensemble. But there is a genuine commitment to exploration and experimentation, which is refreshing to behold even if the players are sometimes tentative, and the results are somewhat flabby and inconclusive. There are some intriguing sonic combinations; a lot of it is produced by all-acoustic instruments or voices, which is encouraging (only a single laptop musician in the roster); and the album is not an unpleasant listen by any means. But the music still lacks direction, shape, and tension.