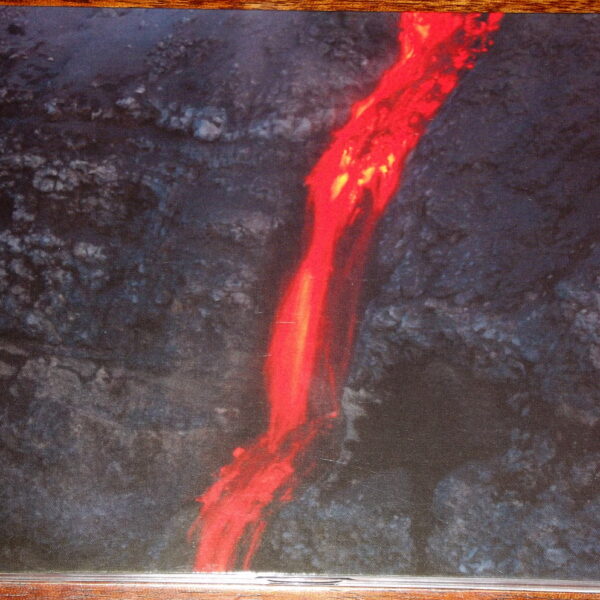 Forma is a trio (Mark Dwinell, Sophie Lam, George Bennett) who use analog instruments of 1960s – 1970s vintage to create short electronic song-like melody compositions in a live setting. All ten tracks that appear here were recorded and mixed live in studios in New York and Cleveland. While they are quite separate from one another in construction and definite breaks between can be heard, they are best heard as one continuous work, though perhaps not for reasons the trio would prefer.

The music is pleasant if not very remarkable: it has a hard sound and comes over as artificial in its expression of mood. Several tracks have a forced quality to them as if the musicians are trying to convince themselves of the instruments’ capability to capture mood and sustain and manipulate particular emotions or feelings like joy and optimism, so they have to exaggerate what capacity there is and prolong it. Over time a banal impression drifts over the recording. Even though some later tracks have a bit of spark in the background of the melodies, there loiters with me a feeling that something isn’t quite right. It’s as if I were to wake up one morning and walk around in the street, and feel that every person and dog I see and greet have in fact been replaced by their simulacra that, however much like the real things they resemble in appearance, word and deed, are much lesser and inferior beings. If I were deluded enough to decapitate them, I should find real blood and real brains but I would still “know” somehow that they are not real flesh-and-blood creatures and if I dug deep enough (yick!), I would discover their tiny nano-mechanical workings.

After listening to the album about three or four times, I find no particular track stands out, though the work improves about the seventh or eighth track. The recording is rather like an overly conscious re-invention of the post-Autobahn Kraftwerk wheel in a way that doesn’t illuminate what made Kraftwerk special for generations of musicians who came after them, including Forma themselves.