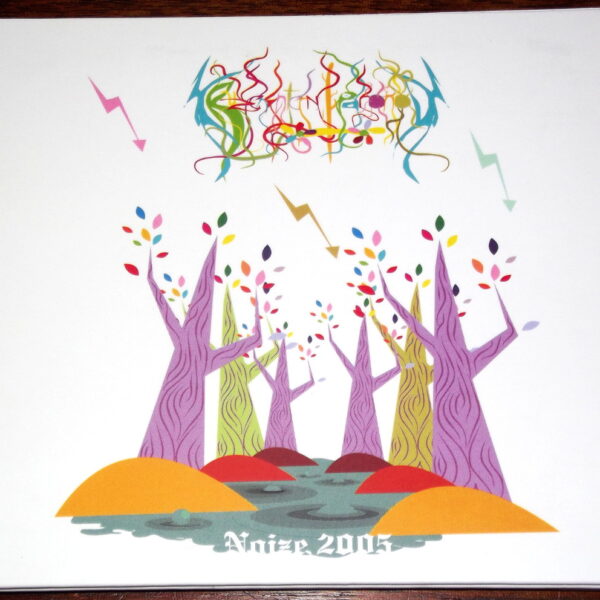 In spite of its title, this is an album of fusion klezmer / jazz / punk metal and the odd eccentric vocal or two. We’re entertained by sprightly light-hearted runaway chase-caper music dominated by a shrill clarinet with smart crisp percussion and a surprisingly deep, lightly fuzzed bass with an occasional hard edge following in the woodwind instrument’s wake. There’ll be rock or metal rhythms (most notably in the third track “Danglers Song”) but the attitude is not very serious and I get the occasional impression that this Israeli quartet is paying affectionate homage in performing light-hearted send-ups of various past heroes and musical inspirations.

Some tracks stand out more than others: “Shmock on the Water” substitutes Middle Eastern folk melodies for the signature Deep Purple riff; “Danglers Song” pokes fun at rock star posturing; “Young Ones” features creative percussion rhythms; and meaty bass lines and hell-for-tefillin-leather / go-for-broke passages of screaming clarinet and thrashy rhythm abound in the guys’ cover of a John Zorn piece “Meholalot”. Altogether though this is an enjoyable and fun set of spirited music for those born to be wild … or mild.