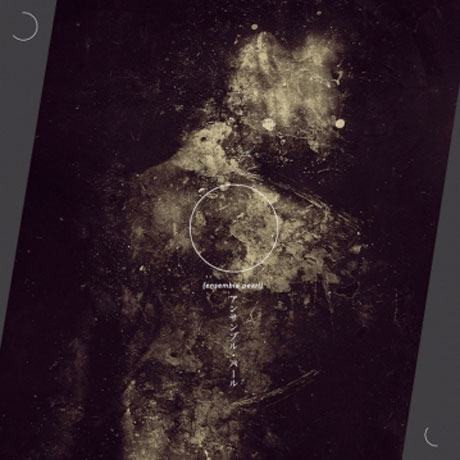 Led by Stephen O’Malley and featuring Michio Kurihara, Atsuo of Boris and William Herzog, Ensemble Pearl is a venture into impressionistic and sometimes ponderous soundscapes of guitar drone. Basic line-up is guitars-bass-drums with additional instrumentation from Eyvind Kang and Timba Harris. The album derives from music the group played for a dance performance choreographed by Gisèle Vienne, who has occasionally surfaced here and there on various TSP album reviews (especially those for SOMA’s other project KTL) as a catalyst eminence grise.

The mood across the six tracks tends to be fairly dark and quite solemn, the first track “Ghost Parade” setting the tone and atmosphere with suggestions of deep space behind the music. “Painting on a Corpse” sets up a tension between the urgent rhythmic repetition and the guitar improvisations which are distinguished by long extended chords and pointillist lines of quivering raindrop notes.

After the light and delicate “Wray”, we return to a cavernous and lumbering world in twilight shades in “Island Epiphany”. Mysterious though not malevolent ambience, clear production and slight echoes give an impression of a huge if empty labyrinth within the soundscapes. Guitar drones can be long, rough and ear-splitting in tone and texture. In “Giant”, the listener is lulled into thinking the musicians are treading water until about the 4th minute when an unseen force pulls everybody into higher realms of existence. Light sparkles of angelic presence watch over you as you pass by. Higher and higher you go until the scenery changes and you find yourself on the edge between an ordered universe and a dark chaos.

There hardly seems anything left for Ensemble Pearl to do at this point. “Sexy Angle” comes across as a not very remarkable summation of what’s come before despite its 17-minute length: it’s a long ponderous struggle through murky tunnels and black chasms. Although that may very well be the point: on reaching the heights of illumination, clarity and perfection, one must return to ordinary life and its uncertainties to understand the work to be done to recreate something of what was briefly experienced.

It has its beautiful and blissful moments which unfortunately are too few while the sombre plodding passages are too many. The album is very subdued for a group of musicians whose names, individually and sometimes together, are associated with power and loudness. There’s a lot of depth to the music, often so much so that it almost swallows up the energy and zest released by the musicians which might account for the relative low-key feel of the entire work. The album might disappoint fans of SOMA and Boris alike but, considered as part of SOMA’s increasingly varied oeuvre as a musician and artist, it must be considered an essential step in his musical adventures which have taken him far, far beyond doom metal.