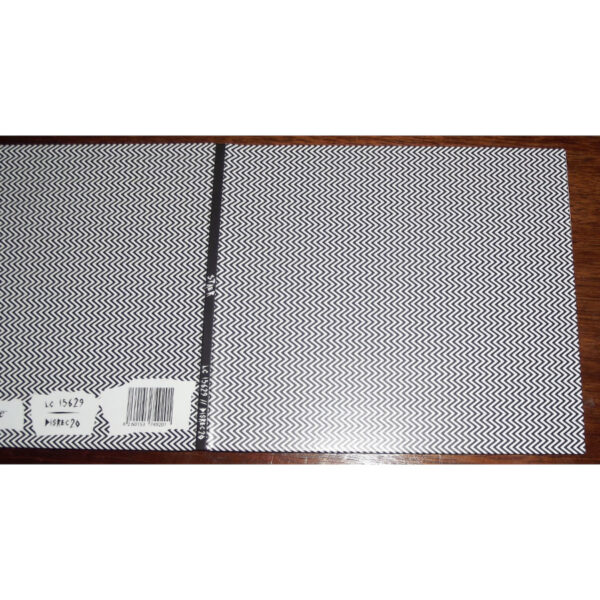 Staer
Staer
DISCORPORATE RECORDS DISREC20 CD (2012)
Well, I didn’t really know what to expect with this one. Some Pop-Op packaging; “Noise”, says the info, straight out of Norway. So when a guitar/bass/drums racket of lurching bass-driven chunk that sounds firmly in a Butthole Surfers/Flipper sort of lineage (via, more pertinently, three decades of subsequent, related music) erupts when I press play I am briefly taken aback, having braced myself for Merzbow-isms. I guess there are other connotations of noise in other musical circles. Perhaps if a ‘rock’ was appended to the noise the approach would have been more obvious to me. Although (textual) noises also are made about ‘mind-enhancing’, ‘counter-cultural’, ‘new’, ‘forward-thinking’, these prove red herrings, in most respects. The key to Staer’s music lies firmly in a rock mode, more specifically a largely American tradition of ‘alternative’ rock, metal and various ‘core’s. The rumbling bass and choppy guitar recalls hoary alternative rockers of yore, heavily redolent of the 90s, such as Unsane or even the Melvins, sans all vocals. Something I would not particularly consider ‘counter-cultural’, associated as it is with MTV, burgers, etc. Although, curiously enough, the press release does compare the album to a burger-meal from a certain pervasive red and yellow fast-food establishment. Do Noxagt and some Load Records things sounds like this? I’m not sure, for some reason I think they might well. I think there’s perhaps a sonic connection.

Riff based and workmanlike, clad in oily dungarees (not too oily, mind. In fact on closer inspection, this could be hamburger grease…) this is primarily a bass showcase, prominent thundering and grumbling away under everything. It is certainly has some weight, which I understand is important in heavy musics. It’s also very tightly controlled and played, riveted by the monstrous downtuned bass. The fastidiously geometric riffing also contains clear whiffs of that most arithmetical of modes, ‘math-rock’ (or ‘maths-rock’ as it perhaps could be known on our shores, if it has to be known). It’s recorded very nicely, even glossily, although a bit of dirt never hurt anyone in these circumstances. Incidentally, I never did understand the dichotomy in metal (not that this is a metal album, this is only metal in a post-millennial, post-metal way) between the latent distortion inherent in the music and the pristine recording often aimed at when bands had enough money to access a studio.

There are no melodies or hooks or any particularly unhinged moments (moments in the last track, which is a definite highlight, are an effective exception, where a borderline melodious guitar line is allowed to raise its head from sweaty scrutiny of the fretboard and roam free over a steady kick drum pulse), the dedication to furious, knotty, detuned, riff construction above all is paramount. Overall we are presented with something a little like some monumental sculpture involving heavy iron plates and more rivets than you can shake a bass at, all coated in thick, battleship-grey lead-based paint sitting in an exclusive art gallery. It is heavy, unadorned, feels expensive, and involves a lot of metallic ingredients. If it is cleanly recorded, scrupulously-anchored riffage (health and safety would be proud, none of these riffs are going anywhere, lashed firmly as they are with industrial cabling) and growling bass in a reasonably energetic rock idiom that you’re after, then there is more than sufficient chunk for those requirements contained herein. 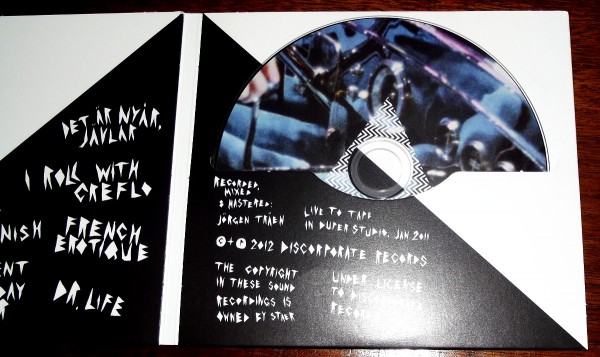