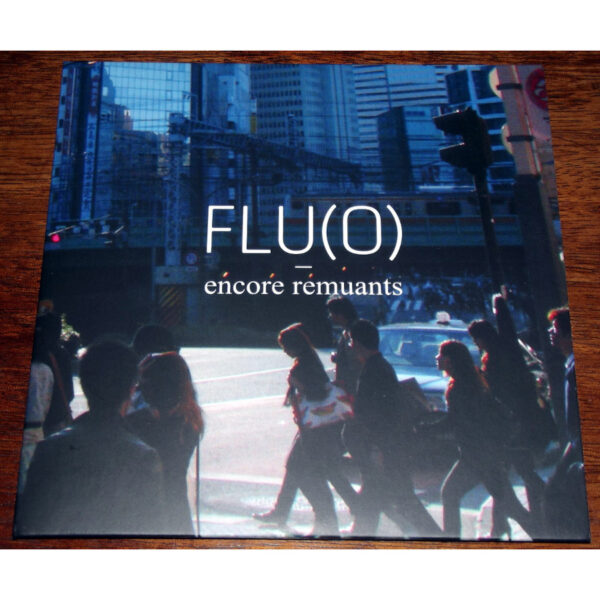 A bitches brew (not quite) of motley influences with a mainly jazz-rock deployment from France. Excepting the occasional proggish touches in the main the Miles influence is strong with this one; some trumpet parts sound like re-arrangements of electric era Miles solos, unfortunately rendered a little too sedately and comfortably to be entirely convincing. Things generally sound very composed (overly-determined) and disappointingly even somewhat bloodless.

Like the journey of Jazz-rocker Alan Holdsworth from early invention in ‘Igginbottom, virtuosity at the sometimes increasing expense of personality in post-Wyatt Soft Machine to the deadened 80s of clean production and pallid synthetics this is an album that begs certain questions about fusion (the fusion of Jazz and Rock) as an approach and fusion (Jazz-Rock) as a set of tropes, a genre. Obviously fusion is dangerous territory, electric era Miles is cold, fiery, technical, primal, intuitive, composed, magic – the very definition of fusion – many other attempts do not reach that potency or degree of integration and sublimation of ingredients into something new.

Somewhat earnest quotation, pastiche and patchwork are the compositional approaches, here. Complex arrangements where contrast of unexpected quotation lends spice to the compositions. Nothing is pushed far enough, for my liking though, and to make it really gel. Certain proggish tendencies sometimes remind of (really) late Canterbury related things or remind of the more modern, clean Jazz-rock that Cuneiform might put out. The rhythm section is driving force, Drummer Peter Orins is credited with all compositions. The interplay of his solid drumming and Cristophe Hache’s bass almost leads you to hope for a first-album Lard Free toughness, but this lot instead exude an air of professionalism and precision, not bad qualities, but there doesn’t seem to be enough room for the wild and dangerous (although simulacra of the superficial manifestations of such qualities do appear. The noisier guitar work courtesy of Olivier Benoit in the title track being a case in point). Perhaps the unhelpfully clinical production is to blame, sterilising what should be ragged and intense. There are bits that space out like ‘Round About Midnight’, track 3, ‘annam’, for example, including Miles-esque floating trumpet lines. But it comes across as an impression, in some ways, a little too pat, perhaps.

There is undoubtedly skill in the playing here (I do keep mentioning the trumpet playing of Christian Pruvost), good ideas, and irreproachable influences (at least the Miles bits). There’s Bitches Brew, In a Silent Way, my favourite Cellar Door era. ‘Fluo’ adopts the Miles approach of using fragments and vamps to build up a brooding stalking atmosphere, although never as sultry. It’s a good touchstone, and there’s some nice growl and grumble along the way. A group of musicians who appreciate that that is music worthy of basing your explorations on deserve to be listened to accordingly. If it falls short of full throttle integration and creation, that’s unfortunate but it isn’t to say there aren’t ingredients to savour in the, uh, brew (Excuse me getting tangled in my own verbal metaphor fusions…). Ultimately, though, it leans towards the proficiency-without-efficacy of some latter day fusions.

The cover art and presentation is a little antiseptic and anonymous (someone do them a painted gatefold!) which unfortunately adds to the overall impression that although competent and with plenty of commendable moments, I feel like flu(o) could let their hair down and wig out a bit more. Taken on its own terms it is reasonably enjoyable, varied and tightly played music, and I find it a lot more palatable and interesting than some other latter-day Jazz-Rock, but I do feel that it doesn’t do justice to the full implications or spirit of its apparent main inspirations. It does make me want to go and listen to the steaming cauldrons of blood brewed up by the Dark Magus himself, though, which can’t be a bad thing. I’m off to go and pull Live-Evil off the shelf now…