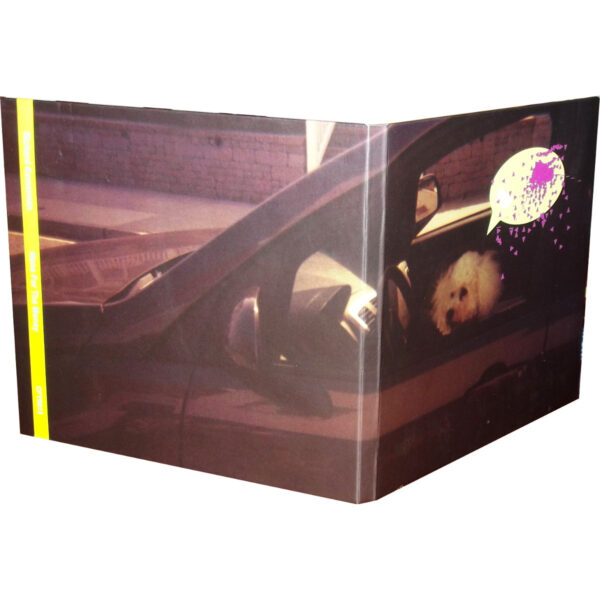 Richard Kamerman is owner of the Brooklyn label Copy For Your Records and last year produced another solo work None For The Money (CFYR013), published without any explanation…a fine assemblage of difficult computer noise, contextualised by its arrangement into three “suites”, each movement given elaborate and somewhat lyrical titles, occasionally with further subtitles inserted in the lower tier of the hierarchy…in the “Twenty-Four Sycamores” chapter, the sounds appear to be completely random until eventually (on the long track #4) we discover they start to resolve themselves into regular patterns, but you have to really use your imagination to discern them. Our listening task is made even tougher from the outset, given Kamerman’s penchant for rather harsh and rough surfaces – what I think of as digital yard-brushes applied to the most sensitive parts of the body – and his proclivity for strange electronic bleepage and bubblement, tones which appear almost absurd as they float past in this inscrutable melange. Yet it’s a highly compelling listen, introverted indoor music for apartment-dwellers who get a kick from watching the mould spreading slowly across their shower cubicle while the old TV set in the next room plays off-channel white noise.

Part two he dubs “Tau Pukka Patellae”, a 23-minute work that’s elaborate enough to warrant descriptive titles for each separate channel, suggesting that Kamerman has spliced two unrelated compositions together in the interests of economy. Compared to part one, this digital hymn to the kneecaps is a far livelier hoppermaroo, a true disco-feast for the cockroaches or other insects inhabiting the floorboards as they dance in triumph after midnight. Aye, the sizzle and dynamic of this piece results precisely from the collisions and spaces caused by rubbing the two stereo channels together until their respective warps and woofs begin to inter-weave and melt together. Insufferable abstract Hell to some, to others a testing experiment in advanced electronics, taken beyond normal endurance points. Kamerman will never be mistaken for a minimalist with solid textures like these which you could use to carpet a whole tenement block, yet it’s true there is also a bold simplicity to assemblages of this ilk.

If you’ve survived this stern barrage long enough to make it to part three, called “Again, Before The Sun Ryes”, you might be puzzled by the presence of an inexplicable torchy ballad at the start which may have drifted in from a lost 1940s radio broadcast…this pre-recorded song however is merely the prelude to his 14-minute live set excerpt, a snorting firestorm of seething emotion, and clearly the most aggressive portion of this trilogy. RK lays out a fierce fusillade of inhuman noises, a fine blend of loud radio static with feedback, mini-explosions, and assorted other unpleasantnesses that can be wrung from a computer or mixing desk (I assume). But this is not foolish table-noise that sets out to eliminate the enemy through continuous assault and high volumes; it’s highly controlled, drip-fed to the listener in bite-size chunks, like bolts of radium picked out carefully from the wreckage of a nuclear reactor. An index methinks of RK’s discipline. Album ends with a curiosity whose title indicates it might be an attempt to “play” a spreadsheet, applying a stream of non-audio data to an audio player just to find out what happens.

I’ve enjoyed all of Kamerman’s experiments on this label, but this is one of the most satisfying I heard. Compared to his shorter guerilla-assault bursts of digital hackery, None For The Money is more carefully composed and arranged to deliver maximal impact, in the deployment of dynamic sonic ranges and the framing devices of his titles, which at some level help the work tell a “story”, albeit a severely abstracted and disconnected tale. (09/08/2012)