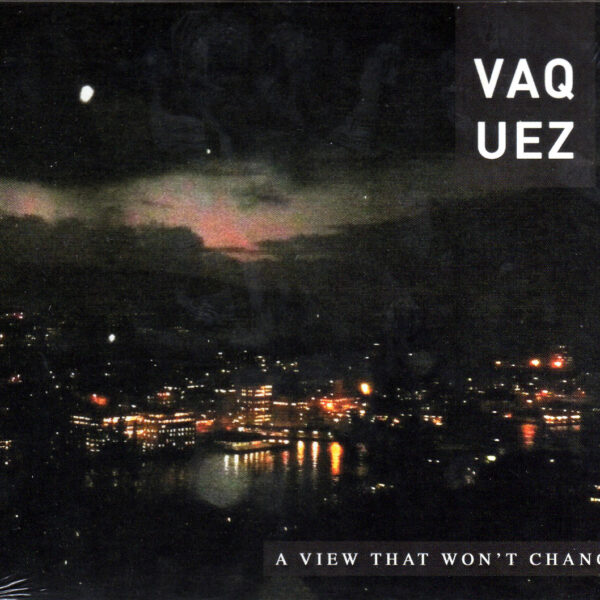 The work of one man, Andrew Phillips, but sounding much like a band of four, “A View that won’t Change” is a hard-rocking proposition with musical and sound elements borrowed from a range of genres: hardcore, post-metal, ambient and probably hiphop, to judge from the rhythms on some tracks. This work would probably be better off in the review pages of publications like Kerrang! but as it wound up in my paws instead, I’m happy to give it the time of day. It’s not really my type of hard and heavy music but I’ll give it my best shot.

Mixed and mastered by James Plotkin, that eminence grise who has featured on so many albums reviewed here yet himself rarely gets a mention in his own right, the album has impeccable production with a clear sound and slight reverb that give the music a full-bodied quality and highlights the use of mood and atmosphere across the recording. The guitars have quite a bit of grit and meanness and the shouty vocals convey emotions ranging from angry to plaintive. While not a very original recording, with all songs featuring a lot of hard rock melodies and straightforward structures, the album does include passages of sometimes beautiful and mesmeric ambience (the track “Like a King” is a good example of this).

As the album progresses, it becomes more inward in its orientation with songs displaying longer passages of quiet music and plenty of dark space in line with the album’s theme of becoming an outsider and being on the edges of society, physically at least, as in exile. Vocalist Mike Havies rallies to this direction and his voice soars on tracks like “Something Other than Here”, approximating a young Bono sometimes.

It’s bound to appeal to fans of Isis and similar heavy hitters though “A View …” is not quite as sludge-hammer; you may consider it halfway between those bands and the more commercial nu-metal groups that hog the pages of the aforementioned UK music magazine.  I’d prefer something more flowing, less structured and more unpredictable but the overall music territory Vaquez has staked its niche in has its fans who like their music to have definite characteristics and not be too amorphous.