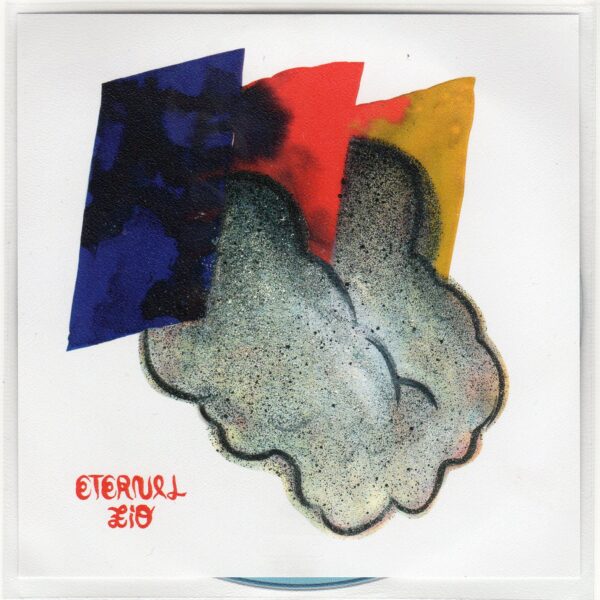 Don’t let that label name Boring Machines distract you from the debut album of Milanese quartet Eternal Zio: these fellows do all they can to serve up an eclectic recording of free-ranging improv music on as many instruments as they can see in the recording studio. Hurdy gurdy, harmonica, church organ, tribal drums, high-pitched recorders and guitars are some of the ingredients blended into this musical masala. Most of the time, the musicians are at ease strumming their instruments or beating the drums sporadically and casually, as though the day is too hot to do anything other than rest. The tracks range from easy-going rhythm and melody exercises to long trance drone patterns and pieces that just fall a bit short of being “songs”.

At just over 30 minutes in length, this album more resembles one track of six different though related chapters than a collection of proto-songs. The mood is even and laidback, and very few songs lift their pace to something faster than a steady trot. Track 3 is a mesmerising trance poem with highly rhythmic drumming and gently shuddering drone vibrations wrapped around the tom-tom beats. I’m not sure if I’m hearing a bit of The Dead C, Bong, 6majik9 or some of the old Wooden Wand music with a dash of folk spice tossed in for extra flavour. Track 4 picks up a shamanic impression with a deep bull-roarer drone and a voice crooning as if deep in a hypnotic trance. The tribal idea reappears in Track 6, a celebratory stomp-a-thon in which the musicians howl and chant a strange liturgy in an exotic language all their own. I feel as though I’m back in the land of the Brothers of the Occult Sisterhood, that duo who I’m sure we all miss so badly.

The musicians bring plenty of influences and experience to their group jam sessions but the over-riding genre here is folk-tinged droning psychedelia improv with some jazz. The album could have sustained longer and more developed tracks if Eternal Zio had desired. These guys have to be allowed to do their own thang or else the spell they weave might prove to be overkill and the listeners are in danger of remaining mute and spellbound long after the music has ended.