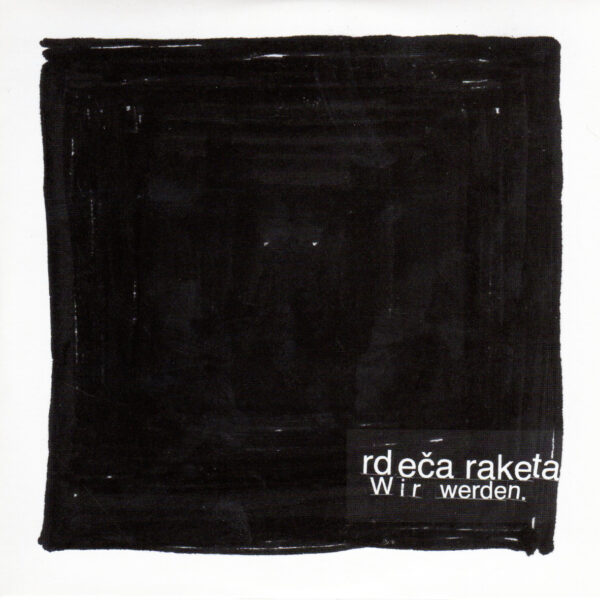 Second album by a Viennese duo specialising in electroacoustic improv, “Wir werden”, as its name suggests (German for “We grow” or “We become” depending on the context), indicates these two girls are here for good as a serious music-making unit. Maja Osojnik and Matija Schellander, hereafter M+M for ease of reference and because this WordPress template thing won’t let me spell the band name properly with the appropriate diacritical marks, play a number of different instruments including paetzold recorder, cassette recorders, children’s toys, modular synthesiser, piano and computer among others. They come with impressive pedigrees in music, having worked on film soundtrack music and done several music projects both as solo artists and guest musicians; Schellander in particular is a co-founder of Low Frequency Orchestra.

Two works cover the seven tracks on offer: “Wir werden” includes tracks 1 to 4 and “Andere Menschen” covers tracks 5 to 7. The reality though is the whole album is short enough to be heard as one whole, all the better to appreciate the difference between the two sets of pieces (“Andere Menschen” is a much more dramatic and intense set with greater contrasts in the music). The overall atmosphere is fairly light and pleasant though individual tracks do have their dark moods in parts. Soundscapes pass by and transit one to the next quite seamlessly. There can be quite a lot of playfulness and froth (early part of track 3) and the musicians seem possessed of a child-like desire for adventure and a light touch. “Andere Menschen” tends to be a more serious, perhaps “adult” set in comparison with the earlier, more whimsical tracks but there is still room for lightness in parts.

The standard of composition and music-making is good and consistent; the sounds are very orderly and the entire recording has a spacious quality. It comes across as a modest but good recording; there are no really grand gestures here. Some very interesting textures and fragments close to becoming melodies appear. No doubt we’ll be hearing much more from this duo: M+M show quite a lot of promise as significant electroacoustic improv musicians together.

18/06/2013 update: Maja writes to tell us she is “very happy, but have one correction, we are not 2 girls, matija is a man, of course you couldn’t know as he has unusual name ; ). Just to let you know. But like I said, we are very happy that you wrote an article about the record.”