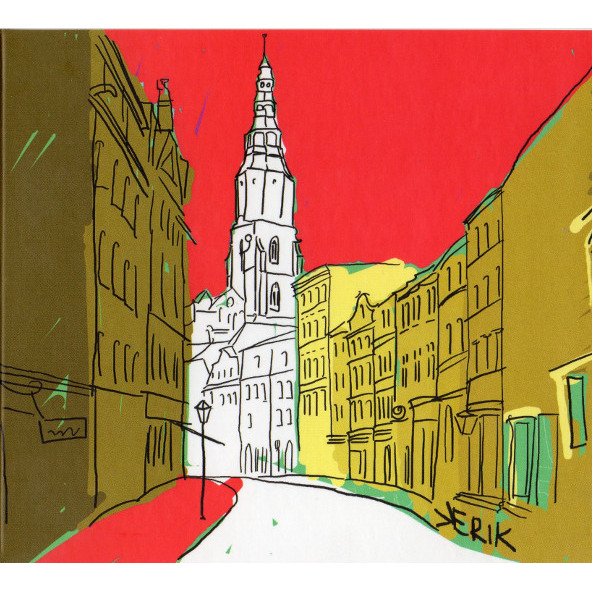 Polish actor and sound artist Sebastian Banaszezyk (aka Bionulor) preserves & releases avant-garde & experimental recordings from the communist era Poland, as he puts it “music made in difficult times”.

On Erik (POLAND REQUIEM 51 CD) however Banaszezyk has extracted a small section from the recording Gymnopédies by 19th century French minimalist composer Erik Satie. Banaszezyk has performed keyhole surgery with his software probe and fibre optic camera. No instrumentation is added, Banaszezyk refers to this as “100% recycling”.

The album is made up of 15 tracks the longest being just over 3 minutes in duration. The sound pallette employed seems to rely heavily on reverse effect and low-fi hiss to achieve its melodic and atmospheric effect.

There is very little melodic variation, which is to be expected due to the minimalist nature of the original source material. At about two thirds of the way into the album the actual sound of the piano from the original recording is heard, only consisting of two or three notes, but I found myself longing for this to be expanded upon to give the piece some forward momentum.

The album does have coherence but works within a narrow frequency range. Although the idea of “100% recycling” is commendable, more interest could be generated for the listener with a slightly more expansive range of instrumentation and sounds.