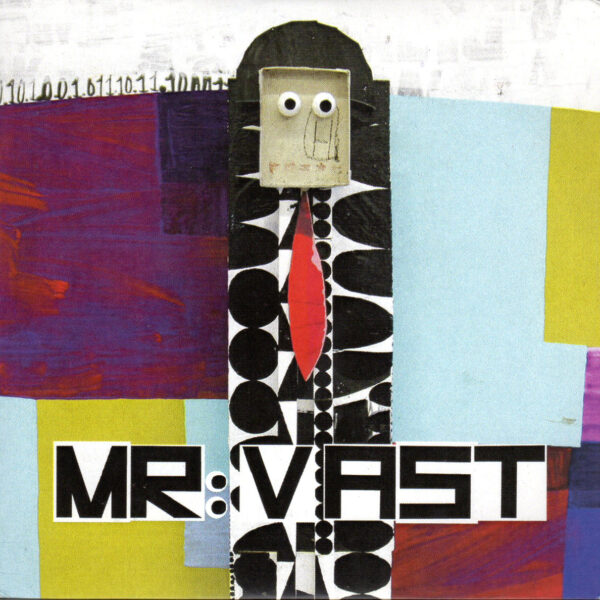 A kooky retro-Eighties Eurodisco lounge lizard recording this promised to be to my nonplussed eardrums. The cover art is reminiscent of old DIY-punk cut-n-paste and the symbols on the back cover suggest old advertising motifs for a long-forgotten computer brand. The music starts briskly with a ditty of faux Cockney ska-lite tunes and mock David Bowie vocals in parts and the pace doesn’t falter over the entire album. Our tour travels through synth-pop clunk, some laid-back blues (“Atlantis”) and electrified country pop (“Teflon Country”) among others but overall the recording is much like a homage to a period in the 1980s when Casio and Fairlight synthesisers became the rage and “I’m the operator of my pocket calculator” was a Kraftwerk anthem; people then vaguely remembered how to write proper and occasionally (or accidentally) witty lyrics that actually made sense though they might not all have been politically correct. Mr Vast makes an ill-advised foray into lite low-fat metal and tongue-in-cheek sexist lyrical guff (“Henry the 8th”) and as the album progresses the music and the playboy theme get sillier and plough deeper into increasingly tired and stereotyped music territory.

When the last track has played out, all that has made an impression is a patch-work of hooky tunes delivered in a mass assembly dream factory way that drains any life out of the original style the music draws inspiration from. Probably the only decent song to be found in “Ecstatic Caravan” which for once is a sympathetic treatment of madness and the lack of connection and alienation felt by those so cursed (or maybe blessed). The Cockney and other English accents that may feature fail to rescue the songs from a mechanical and ersatz retro-Eighties hell that apes the style and obsessions of the period but ignores the context from which such concerns bled into the popular culture of the time. Possibly there is an element of satire that I’ve missed. The 1980s are racking up as a period which, more than the preceding decade of fatuous and over-hyped Zeppelin wannabe stadium-rock, culture and good sense forgot and were replaced by superficiality and a kind of cunning and predatory streetwise mind-set.