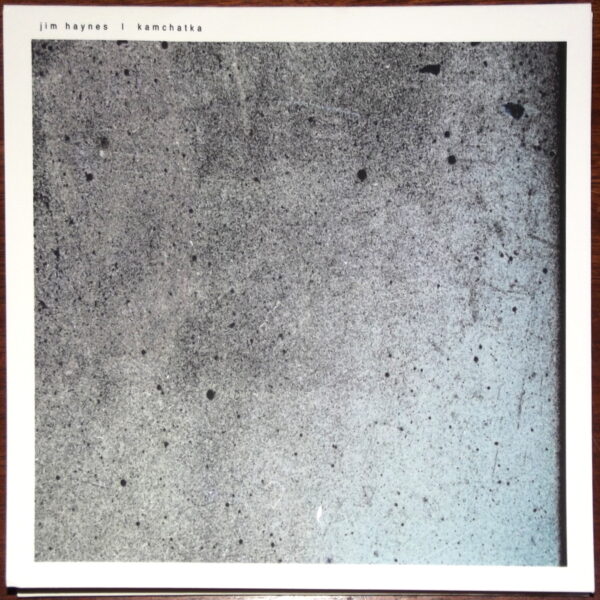 I’ve often thought that sound-art should sound like music, without necessarily sounding like music, if you know what I mean. Jim Haynes possibly shares that view as Kamchatka emits no melodic information until three minutes into the second of its two tracks; ‘rocks, hills, plains,’ and even then we’re talking minimal high frequency moving drone-type melodic artefacts.

Jim Haynes is an American visual/sound artist and he distils his practice down to the brief epithet “I rust things”. This is no facile, throwaway comment. To me, this demonstrates brevity, rigour and commitment. All highly valuable qualities in an artist. It suggests an extreme interest in and engagement with the artist’s chosen materials.

The work is thoroughly engaging from start to finish. Lovely whirring hums, clicks, static, the sounds of distant heavy machinery; the effect of the whole is like listening to Lou Reed’s Metal Machine Music being broadcast from the bottom of the San Marinas trench on one of those little cream mono earphone contraptions that used to come in the box with radios in the 1970s. As you can probably tell, this kind of thing goes down well in my house. Plus, I really appreciate that Haynes states on the sleeve that despite the work being about Kamchatka the place, it is equally about his lack of knowledge of same. This confounds the unshakeable documentary nature of a lot of field recording while at the same time, this subtle self-deprecation endears the work to me somewhat. Art? You’ve got to have a little bit of humour in there, somewhere.

Great big chunks of Kamchatka are like sonic tundra; desolate, hostile and vast. Or like a giant solar contact mic attached to the blisters and eruptions on the surface of a distant star, if perhaps you’re listening to it late at night. Occasionally, subdued electronic bleats can be heard sounding out remorselessly like a lone thousand year old rescue beacon transmitting from a distant planet. The first track, ‘lilith’, is the more single-minded of the two pieces presented here, in that it is more monolithic and uncompromising in its extrapolation of useful sound data from late night shortwave radio broadcasts for Haynes to mould. The second piece, ‘rocks. hills. plains’ (sic) is more glacial; it was edited out of a much longer “expanded cinema performance” in collaboration with film-maker Paul Clipson. Its deep waves of intoxicating drone exude a feeling of colossal stasis. This music was written to accompany footage of Clipson’s first visit to the former Soviet Union, which tallys with the title of the album, although perhaps not too much emphasis should be placed on the importance of that fact. Haynes states in the sleeve notes that he has never visited Russia, although getting near to it on the border at Podmosta in Estonia; however, “…I’m geographically closer to Kamchatka in California than I was in Estonia.” Nevertheless, the recording develops slowly adding occasional higher pitched tones to the resonant base, vaguely reminiscent of the sound palette Mark Wastell creates on his tam tam, and integrating distorted filigree drones towards its climax.

It is worth saying something about the label Contour Editions as it has quite a curious remit. They take an interest in works “…that are engaged with notions of acoustics, materiality, process, spatialization, reduction, perception and function”, and the labels output is not confined to physical releases but also embrace film, multi-channel sound installation and online projects. The packaging they have chosen to use for this item is heavy card stock printed using what looks to me like a lithographic technique with the cover image a pale, grey-blue inkspot design that puts me in mind of the results you get with ink applied to paper from a distance with an old-fashioned mouth diffuser. An edition of 150 copies only.