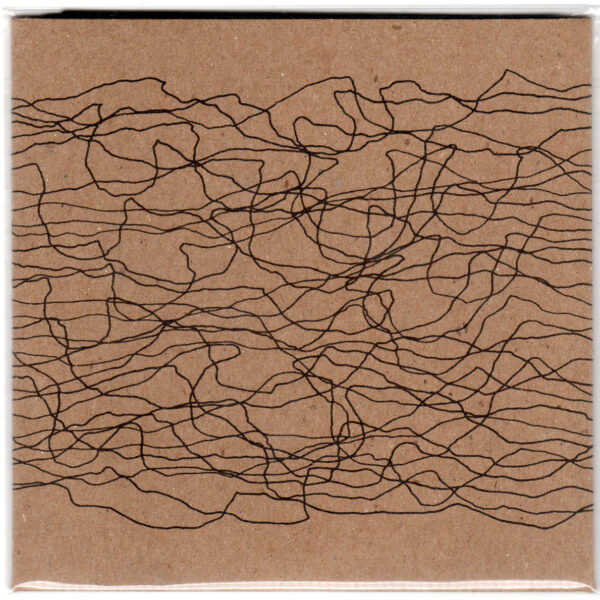 Nice to hear as always from Tim Olive, the Canadian player who has made his home in Japan. This item was sent from Kobe which also seems to be the headquarters of 845 Audio, who released this in its dinky brown chipboard cover. For this, Tim Olive joined forces with the European grinder-man Alfredo Costa Monteiro, their combined strength amounting to an entire cavalry of Gila monsters. The two of them were touring Japan in 2009 when they stopped off at a studio in Kyoto for a few days, where they “laid down” numerous “tracks” with the pent-up fury of the early Page and Plant. The CD 33 Bays (845 AUDIO 845-1) is a small selection – just two cuts, in fact – from that audio payload, and everything you hear was recorded live, apparently using quite basic technical methods (which is always a good approach). Quite a “grabber” it is too. Nearly 30 minutes of the first untitled track for you to clasp your back molars around. It’s one of the more approachable things I’ve heard from Olive, whose ingenious way of making serpentine movements around his stringed instruments can result in rubbery-textured half-musical meanderings that baffle many listeners. Maybe he’s more altruistic in a duo situation. Here, the abiding aesthetic of the music is “scrape it up boys, and don’t spare the fretsaw blades”. Olive with his single-stringed electric guitar and Monteiro twiddling the knobs on his electro-acoustic boxes create a solemn, black-rimmed, stern and frowny piece of furniture whose arms and legs slowly creak into life-like motion, pinioning the hapless victim in his own armchair. As the two players find themselves increasingly absorbed in their task, they’re pulled into the magnetic throm and thrub of intense droning feedbacks, nearly creating their own gravitational system. You constantly get the feeling that they’re discovering the work they need to do as they perform it, finally reaching a point where it’s suddenly been obvious all along. On its own terms, this opening cut is a totally coherent argument whose lines of thought are worth hearing out until its dying embers lie pulsating in the grate. The duo are justly proud of the “surprising calm and beauty” they find in amongst these largely abrasive blocks of sound. The other selection here is about half the length of its brother, and while it may begin in a more disjointed fashion, the ears soon adjust to appreciate the sheer range of oddities that the single string on Olive’s guitar is capable of uttering. Most guitarists cannot manage as much even with six strings. As for Monteiro, this maniac is becoming a one-man factory of post-industrial capability with his evil, insistent churning machines. From September 2012. 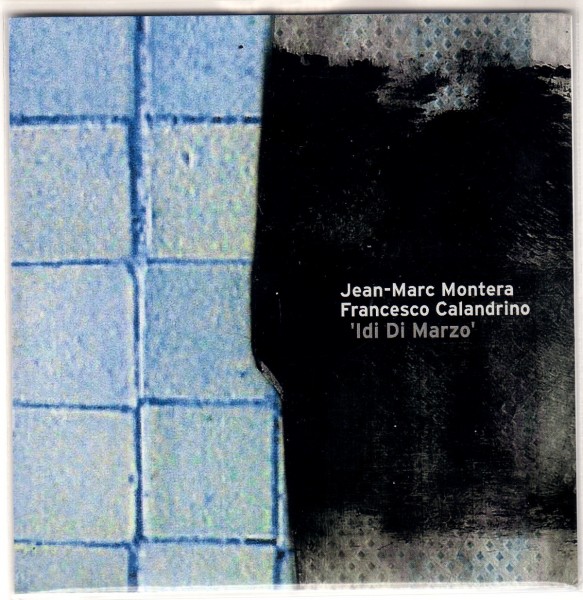 I can’t believe I never heard of Jean-Marc Montera before. He’s a prominent French avant improvising guitarist who’s been active since 1978 and was co-founder of the Groupe de Recherche en Improvisation Musicale (GRIM), and besides all of his film soundtrack work is a hero of European festivals and has worked in many groups. Most of his discography comes from the 1990s, and after hearing his music on Idi Di Marzo (PUBLIC EYESORE EH?64) I am tempted to start scouring for some of those released obscurities…on this album, he’s picked up his effects-laden electric guitar and teamed up with Francesco Calandrino, a talented young Italian fellow who glories in the mistakes and improbable sound events that can be wrought from his set-up of stereo players, cassette tapes, and field recordings. On these 2009 recordings made in Palermo, the duo create a deliciously glutinous effect of sticky, honeyfied sound that a fat bumblebee like myself can easily get trapped in for many an hour of recreational listening. It’s a lovely, rich, continuous slew of rough-edged noise, packed with plenty of variances and little boxes of surprises, and never content to drone foolishly like a salamander trapped in its own slimy sandpit. Montera rocks! He’s packing a lot of the sort of frisson and energy we used to hear from Keith Rowe, never afraid to let those humbucking pickups hum as much as they please, and weaving many heavy, clanging phrases of lead-lined guitar work. He can ride his amp feedback like any expert surfer dude, but he’s also wringing some wayward solo phrases on occasion (check out the action on track 3) that fans of Fred Frith’s rubbery style will snap up like hot biscuits. Calandrino is likewise a musician who thankfully has not yet learned how to be earnest and self-important, and there’s a palpable sense of exploration in the way he flings his unexpected lo-fi cassette samples and music stabs around, coupled with an enviable dose of sheer fun. He’s a clarinettist, too. You may tune into this set one day and find you hear nothing but distorted wobbly murk, but for me today (baking in clammy sweaty heat) this play is “the goods”. I tell ya, between Montera and the “other” Jean-Marc (Foussat, that is), the French just rule noisy improvised music! August 2012.