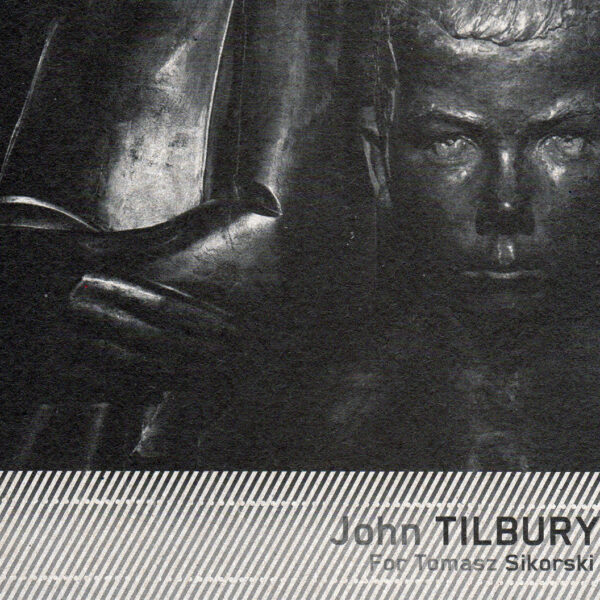 The name of pianist John Tilbury should be familiar to anyone who has ever dipped a toe or two into the waters of the British avant garde. An impressive c.v. unravels before us….a member of AMM for thirty-three years, the ne plus ultraman of Morton Feldman interpretations, a one-time member of Cornelius Cardew’s Scratch Orchestra and the M.I.M.E.O. collective with Keith Rowe, and others.

Poland’s principal minimalist composer in orchestral/chamber/tape/solo fields, Tomasz Sikorski (1933-88) was a friend and associate of John’s during his tenure at Warsaw Conservatory and John’s latest CD For Tomasz Sikorski (BOLT RECORDS BR 1014 / BOCIAN RECORDS BC JT) consists of three interpretations of his works and adds on an improvisatory tribute to this criminally undervalued figure, who, sadly, only merits a small bundle of entries on internet sites.

A series of well measured repetitive figures form the backbone of the opening “Autograph” and the slightly similar (and deceptively titled) “Rondo”. Haunted drawing room flourishes clash with the occasional heavier right hand punctuation, whilst the latter piece tends to occupy the higher end of the keyboard. Its jittery movements promise and deliver a less linear audio experience, made even more so at times, by dramatic usage of the pregnant pause option. “Zertstreutes Hinausschauen” reveals itself to be the most forceful and brooding of the trio, where knitted brows and basilisk glares are de rigeur in, no doubt, a listening or playing capacity. “Improvisation for Tomasz Sikorski” comes under heavy Cageian manners with the aid of a slew of unspecified foreign bodies placed in the piano’s underbelly. This added vocabulary squeezes out (in no particular order), some ersatz far eastern harmonics, a recurring spectral bass gongtone and the tiny mechanical clack of victorian automata. Funnily enough, John’s solo debut LP on Decca from 1975 was a certain Mr Cage’s Prepared Piano. So…deference from a master to a grandmaster’s methods lasts a long, long time.

A joint release between Bocian Records and Bolt Records. Crisply recorded at Warsaw Museum of Sculpture, where every last micro-second of decaying note is captured for posterity.

From solo piano to one man and his six-string… 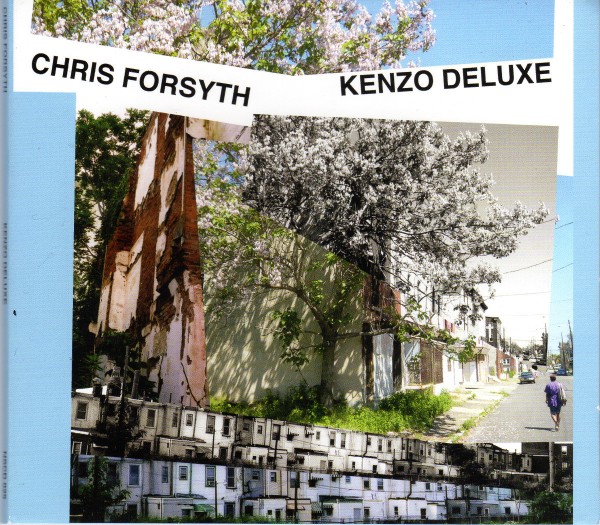 It’s a collection of conflicting moods, where the track sequencing does tend to run towards the occasional zig-zagging ride. “The First 10 Minutes Of Cocksucker Blues” is a heavy lidded abstract blooze in long form, where a chugging undertow is topped off with a strange form of lyrical picking that sounds, for all the world, as if it were recorded underwater. If Harvey Mandel (Canned Heat/solo) ever ventured into repetitive musics – then it just might resemble this. The gently meandering “Downs & Ups” is, to these ears, the most successful track, in which images of Felt’s great lost guitar wizard Maurice Deebank emerge, caught boning up on Takoma sheet music. However, themes of mellow fruitfulness evaporate as if they were but strange dreams. “Boston St. Lullaby No. 2” appears to hark back to Chris’s more noisome past endeavours. This fug-laden reverb ‘n’ drone exercise inches towards Ben Chasny territory and possibly even Bardo Pond solo ventures and, in no way, can be viewed as a complimentary ticket to the Land of Nod. Acting as a brief and delicately played buffer, “East Kensington Run Down” gives way to “Boston St. Lullaby no 1”, a charming slice of back porch introspection that luxuriates on a bed of the finest woven reverb. Like I said, sequencing that moves in mysterious ways its wonders to perform.