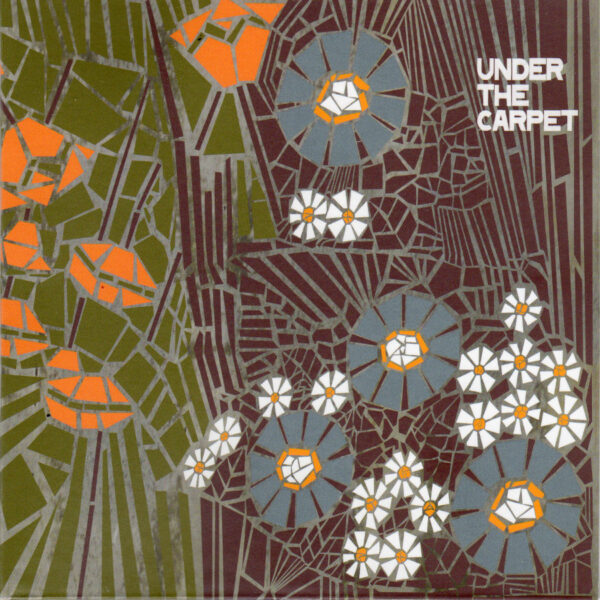 Basically, the group’s modus operandi on their latest self-titled CD is that a clearly defined melodic line is improvised on for a brief time and eventually, that ole original theme is revisited – that’s jazz right? Or mebbe not in these boys’ hands. Perhaps neo jazz electronic improv? All rattling along at a pretty furious lick – with, it seems, some tracks almost colliding with the closing sections of the previous piece. And…all recorded live with not a single overdub in sight. The only breather taken being “Twinkle Twinkle” a charming repetitious, two part exercise in guitar chime. Nice.

On “Sizes, Performance and Capacity”, an unexpected Sweet-like/Arrowsy glam rock backbeat is joined by seasick moog smearings and takes me back (cue dreamy harp swirls…) to a stray “Elephant Table” comp track from yesteryear. RollKommando perchance? While “Get me a Pack” is the only cut where you can actually immediately recognize Rives’ sax squeals – the rest of the time – he’s processed it (via laptop) outta existence. Marry all this to titling which “might” be a set of band in-jokes (?). Check out “There is no one in the Accounting Department”, “New Hope for Medical Treatment” and “There is no Picture of the Band” and you have a pretty enthralling little disc of wonder. I’d really like to see U.T.C. on a bill with 70s U.S. hardrockers Dust, and 90s Camden noiserockers Silverfish…but on reflection…that’s just plain corny…and I apologize.