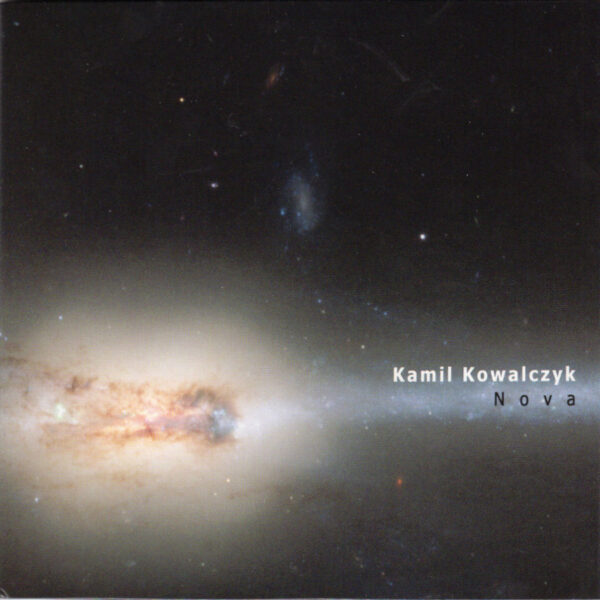 Now in his second decade of computer composition, Nova is Kamil Kowalczyk’s third release since starting his own label, Prototype Produktions, in 2011. It continues the predecessors’ survey of a similar palette of spatial atmospherics with a curiosity almost scientific, though being more continuation than innovation one might consider the title a misnomer. The space-themed track titles of these cosmic meditations supplant the science fiction themes of (album #2) ‘Atmospherics’ with science fact. The music exhibits shades of familiar electronic work, from Pan Sonic to Boards of Canada, whose cheerless new album hums at times with the same lunar impersonality, along with hints of slow-burning cinematic forays such as Alien, 2001 and Solaris.

It is an entrancing listen, however, marked by an expansive, pulsating sound, woven into which are intermittent snatches of radio speak, transmuted into unintelligible garble, looped and reverbed into the immeasurable black void. Identifiable phrases emerge and fade to inaudible mumble like senile numbers stations signals sucked inside out. The effect places the listener somewhere between floating dream and inescapable nightmare – with an immanent, unknown aspect to every situation.

I find the formula works best with the longer tracks: ‘Andromeda’ displaying the greatest dynamic disparity of swelling and contraction over its eleven elongated minutes, while the oceanic rumble of ‘Solaris’ epitomises the penetrating intelligence of the liquid planet that imperceptibly probes visitors’ memories. The piece hums with a definite, but unspecified alien intention, slowly succumbing to entropy in its dying minutes. The penultimate track, ‘Pleiadis’, reproduces some of Pan Sonic’s hiss-serrated mechanical rhythms to pulse-quickening effect.

Being variations on a single theme – carefully crafted albeit – tracks possess little (save for volume and tempo) to distinguish themselves from one another, but the signature traits are well deployed. The dynamic oscillation between passive pulsation and supernova expansion exposes the listener to alternating atmospheres of menace and star-struck wonder. Kowalczyk could just as easily have created a single, long-form work (which would mesmerise in a live setting), though I prefer the accessibility of the 9-track format, which makes the experience more digestible. It’s a commendable piece of work, illustrating a singular patience and focus.