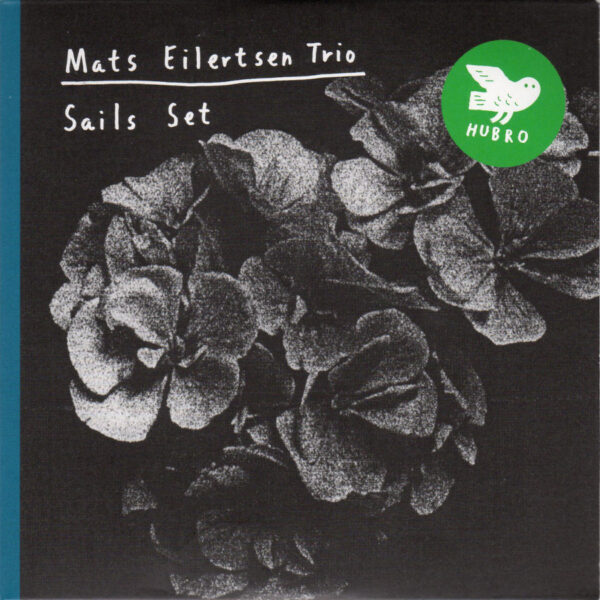 The second recording from Mats Eilertsen Trio is a gallery of vignettes neither perfected nor perfunctory, but briefly stated sentiments seemingly abstracted from memorable scenes. This peripatetic piano, drum and bass trio locates their work somewhere in the liminal terrain between improvisation and composition – a claim far from uncommon – but one ratified by a supple, intriguingly intangible sound, which is fortified by a finely-tuned harmonic rapport as the three flow in and out of a shifting array of formations with a sense of equality and equanimity evident in every note.

The eponymous ‘Sails Set’ provides a nonchalant entry: Harmen Fraanje’s piano tumbles like a winding mountain stream, pillowed by vibrations drawn from a slowly bowed double bass. This carefree manner is abruptly more angular in ‘Stellar’, in which a stark solo piano pans through an abandoned house in monochrome. Drummer Thomas Strønen wields a range of sticks throughout the album, mostly catalysts for calmer climates, but in ‘Orbiting’ his off-meter rolls of tinkling percussion stand as the most striking feature, complimented by a newly springy and staggered bass sound. Overall, it is Eilertsen‘s bass-playing that I’m most drawn to, being expressive of the group’s warm, non-committal personality, but laced with a soft, all-adhering resonance.

The moods pass effortlessly from one instrument to another as easily as the leading role. A sparing attitude towards instrumentation resides among the group’s many graces, and the negative space that surrounds and permeates every musical event is often as expressive as the performance. At times it has the air of a good film noir score (with a hint of zen minimalism in the core), albeit one lacking a theme tune. It is not dissimilar to some of the better material from John Zorn’s recent jazz output, though luckily lacking the exhausting pace and vibes.

One might assume that on record the trio further explores themes discovered while improvising, though forsaking motifs and melodies for the sake of a more impressionistic array of atmospheres. Their avoidance of distinct phrases suggests a series of extended segues, not scenes. The credo that ‘less is more’ is articulated perfectly in this short set, where even in its evident freedom there is ever a sense of restraint. The group sets out not to dazzle, but to enchant with careful attention to duration and detail.