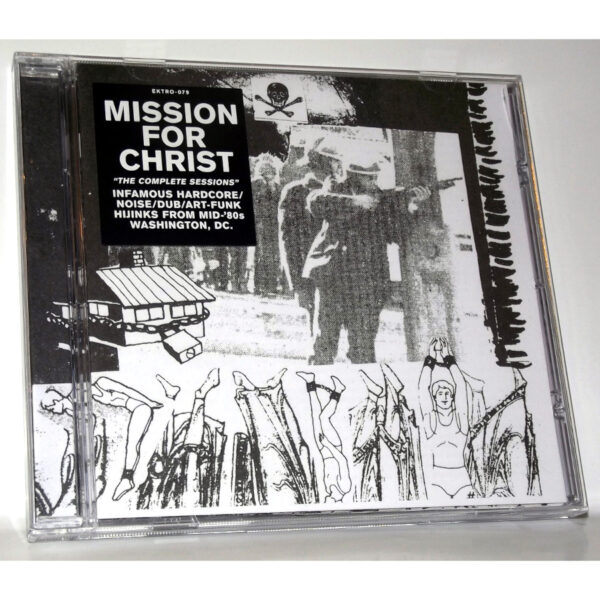 One day all obscure punk music will be collected, anthologised and reissued, fed to the hungry ears of those who continue to relish this great music and somehow missed out on its first incarnation, or have declared themselves born-again hardcore fans, or simply like obscure music. In the case of 1980s US punk band Mission For Christ, their obscurity is fairly understandable – it seems they only released one single, only existed for about two years. I have the impression they didn’t tour as widely as Black Flag, but then again, who did? We now have The Complete Sessions (EKTRO-079) CD from the Finnish label Ektro Records, which is a corker of a release and presents the band as a well-honed machine producing highly original, eccentric and noisy song-based material with influences from funk music, dub, and the more extreme reaches of art-rock. Plus there’s a healthy dose of protest and current affairs awareness, as indicated in songs like ‘Nancy Reagan’, ‘Smash The Rich’, and ‘The Lebanon Song’. Both sides of the seven-inch ‘Pennies From Hell’ (No Trend Records #4, 1984) are included on the comp, and we also get the entire contents of their 1983 demo cassette which led up to its release, plus an additional six unreleased cuts from 1984. As to the band’s complicated history and extremely fluid membership, it’s told in concise and well-researched detail in the enclosed insert by the very knowledgeable writer Jordan N. Mamone, currently based in NYC and himself a musician (he was the main man in Alger Hiss in the 1990s). Bass player John Gibson was the mainstay of MFC, but I have a lot of time for the hollow and desolate moans emanating from the mouth of Dave Berman, who sings the first nine songs here. Berman’s tone indicates he’s fully on board with the band’s ethos…Mission For Christ had an association with No Trend, whose 1984 debut album Too Many Humans… is now a £100 collector’s item, and were a band noted for their extreme antagonism towards most of society’s mores and the cliches of punk culture in particular (not unlike the way that Zappa poured sarcastic venom on the despised hippy culture). Both bands clearly shared the same outlook on humanity, and were not afraid to dispense their sceptical and acerbic views on the unthinking conformity of the masses. Matter of fact the No Trend guitarist Frank Price joined Mission For Christ in 1985, but apparently there are no tapes surviving of this incarnation. No matter, as this 36-minute CD is a vital and exciting document of the times, a useful piece in a vast jigsaw puzzle, and a thrilling listen to boot. (03/12/2012) 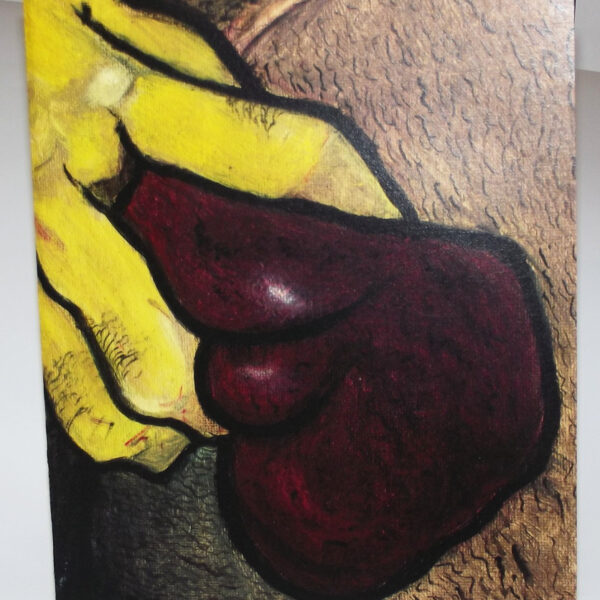 Now for a fairly repulsive smear of power electronics noise…Fecalove appears to be completely obsessed with shit, piss, semen and perverted sex, and wallows in his unwholesome predilections on the album Void, Chaos & Cum (CRUCIAL BLAZE 005). This is released in the Crucial Blaze zine-and-disc series that presents a generous package with an album along with a little full-colour booklet and folder inserts; the visuals for these are also created by Fecalove and prove to us that there is no taboo he won’t violate with his deadly brush and ugly flat colours printed in a limited range (mostly flesh and brown). I would have photographed more of these for you, but it could be they violate obscenity laws in 18 countries as well as all the rules of good taste! So far, pretty yuk-worthy; not even a close reading of Freud’s Totem and Taboo will get you through this monster with your mind unscathed. The Italian creator Nicola Vinciguerra is Fecalove and has been inflicting unspeakable records on the world since about 2004; he also runs the label Turgid Animal, and commits further artistic abominations under the name TISBOR. If you can separate the record from the trappings however, I gotta admit he’s a cracking good noise artist, capable of generating some highly dynamic and imaginatively twisted racket. While this album is mostly a remorseless and grim wall of harshness, the general monotony is tempered by his ultra-violent screaming vocals, his rhythmical power-blasts, his occasional use of samples, and the way he is apparently able to tame his feedback to make it administer forty lashes on the back of the listener. Most of the time though, Fecalove is happily pissing and shitting on the floor of the toilet with no restraint, happy to affront the world with his infantile proclivities. He’s so committed to maintaining this identity that he even tweets as “Bowel Documents”. (11/12/2012) 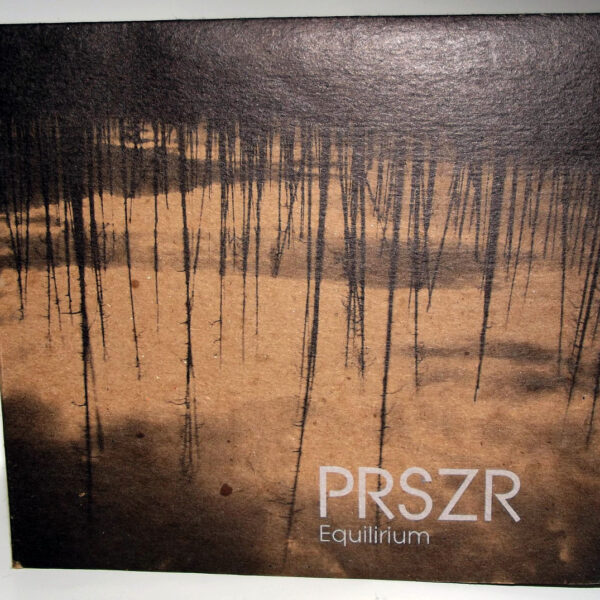 PRSZR is a team-up between Pure and Hati, and their Equilirium (HINTERZIMMER RECORDS HINT 15) was recorded in a German studio in 2009. Peter Votava (Pure) is an Austrian former DJ who has been baffling us for years with his inscrutable albums of extreme electronica and dark ambient-styled music, while Hati are the Polish duo of percussionists Rafal Iwalski and Rafal Kolacki, who have a penchant for moody and introspective work, and may have borrowed an idea or two about magick rituals from Z’EV, with whom they have collaborated. On Equilirium, I suppose the shared common ground between the creators is a desire to build a very occluded and low-key atmosphere, and the mysterious pulsations and uncertain tones of this album will effectively induce a brooding state in the listener, as if listening by candlelight in a small concrete cell. The third track upsets this trend somewhat, with its rather alarming metallic sounds, its abrasive buzz, and its general sense of hectic urgency; this cut in particular is like a very avant-garde rethink of techno dance music (Pure’s 1990s background is pretty much in this area, I gather), stripped-down and restated as a rather spastic form of mind-numbing repetitious throbbery and clatter. The commitment to near-stasis in the music and the determination to refuse dynamic development is awe-inspiring. The ambitious final track is over 17 minutes long, and comes closest to realising a full integration of the percussion and electronic sounds, to the point where the frequencies of each instrument blend into an indistinguishable array of constantly-pulsing information. As indicated by the title, your sense of balance (equilibrium) is soon replaced by a palpable “delirium”. I would like to say it’s all very mesmerising, but it’s also not unlike being tortured in a sensory deprivation tank. When you come out of the trance, the world will look as upside-down as the bleak landscape photograph on the front cover. From December 2012.