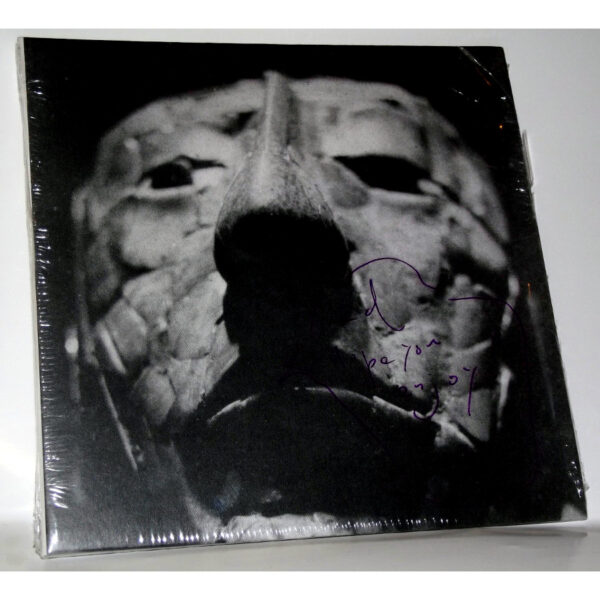 The great Aki Onda released South Of The Border (IMPREC309) in December 2012 on the Important Records label…only nine years after the first two volumes in his Cassette Memories series. Nobody could peg this imaginative and free-thinking artiste as “simply” a field recording / phonographer type, even though his exploits in these areas surpass the work of many…one of his distinctive hallmarks is his use of cassette tapes, and hand-held devices like Walkmans, rather than “super-accurate” digital technology…in his hands, the audible soul of a place passes directly onto oxide tape, retaining a depth and meaning which is beyond the reach of a portable high-res digital recorder. Needless to remark Onda embraces mistakes and flaws in the process, which enhance his work with additional patinas of unplanned noise and glitchery. The rumour is that he’s taping constantly, never seen without a machine operating in record mode and capturing whatever ambiences and chance events may come his way on his exciting adventures beyond the seas.

Japanese-American Onda has also been known for his remarkable edit-technique (to the uninitiated, it might seem an exercise in near-random assemblage); on his other works this has resulted in sound events transpiring before your ears which, although strictly documentary in nature, are astonishingly surreal and dream-like in their effect. The editing / collage method is not (as far as I can tell) emphasised so much on South Of The Border, but the listening experience is still a heady and mesmerising one. Turns out Onda feels a personal bond with the country of Mexico, where the raw material for the work was taped. From his youth, he cherishes early memories of the vivid images of Mexico recorded by his Dad on camera and super-8mm film. Carrying these primal pictures around in his head, the personal mythology for him was only deepened when he saw that exemplary piece of Magical Realist cinema and guaranteed brain-fry movie, Jodorowsky’s El Topo. When he finally got to visit the country in 2005, would he be disappointed by the reality compared against the mystical wonderland he had created in his imagination?

On the contrary…he reports that he “was amazed that everything was as I had envisioned” and that “the boundary between reality and imagination disappears” when you’re in Mexico. Aki Onda doesn’t shrink from the difficult task of conveying this impression to the listener, and the uncanny recordings on this CD, while they may not at first listen appear to be the mind-blowing hallucinogenic explosions that you might expect, will amaze and beguile you with their subtle, compelling timbral shifts and ranges. Small fragments of recognisable human elements (voices, machinery, street bands) will leak into an otherwise abstracted and distorted swimming pool full of sonic fragments…in time, that swimming pool becomes an ocean…it engulfs and drowns you, filling lungs with an intoxicating brew…the distortion elements are made even more delicious due to simple fact of malfunctioning machinery, since Aki Onda took three Walkmans to Mexico, and two of them broke down (tape head and motor damage), but he went on using them anyway. Not since Monet and the Barbizon school persisted in painting their canvasses En Plein Air whatever the weather, have we seen such dedication to the craft! My personal attachment to this great CD is of course increased tenfold because Aki Onda personally sent me this copy, signed and dedicated. He tells a story of bodies that change, where the sun clings to the earth and there is no darkness. Prepare for an hour of sheer amazement!