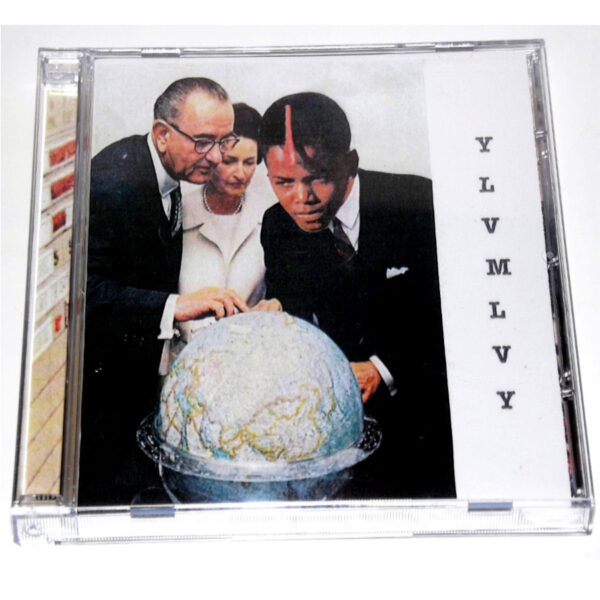 Fans of absurdist low-key acoustic mummery should tune into the zig-zag waves emanating from the skewed mind of Daniel Spicer and his album Ylvmlvy (SLIGHTLY OFF KILTER sok045), whereon eight brain-slices from his unique cerebellum can be chewed and savoured by the curious tooth. Some will enjoy his free-form poetry recits, often executed with the help of Tom Roberts’ acoustic guitar, and his wayward disorganised delivery method which seems to involve Mr Spicer wandering shambolically about the recording space while he utters the poems, armed with strange acoustic instruments and percussion, letting the mic pick up what chance fragments it may – in fine, a more benign version of Mark E. Smith’s studio anti-method. Elsewhere, friendly jazzers Caines, Garside and Pyne join in for a lengthy and enjoyable free-form blaster that gives ample evidence that more people should engage and play improvised music, rather than leave that genre in the mouldy hands of the established old-guard professionals [1. This piece in particular calls to mind the clattersome glories of The Vitamin B12, another Brighton project.]. An even stranger “jam” session – and it’s refreshing that Spicer is not afraid to use the word “jam”, a term usually frowned on by prissy proper musicians with scratchy beards – is called ‘Cake Shop Power Breakfast Jam’, featuring Shurdut, Fontanez, Maxwell, and Janas in a truly freaky collision of unhinged minds; in my alternative universe, this is the sort of loopified music we should have heard on The Goon Show interludes, rather than the stuffy and respectable jazz of Ray Ellington. Perhaps weirdest of all are the two ‘Sans Titit’ tracks, short but delicious episodes of Dadaist poetry composed of strangulated and fragmented syllables and phonemes, which Spicer treats with all the seriousness you’d expect from a dignified professor presenting an inaugural lecture at The Royal Academy. Even the album’s title of compressed consonants participates in this game of private language and insane information-scrambling malarkey. All this, plus a violin duet with his eight year-old daughter. Very high recommendation for the work of this approachable and user-friendly Brighton loon-boon. From January 2012. 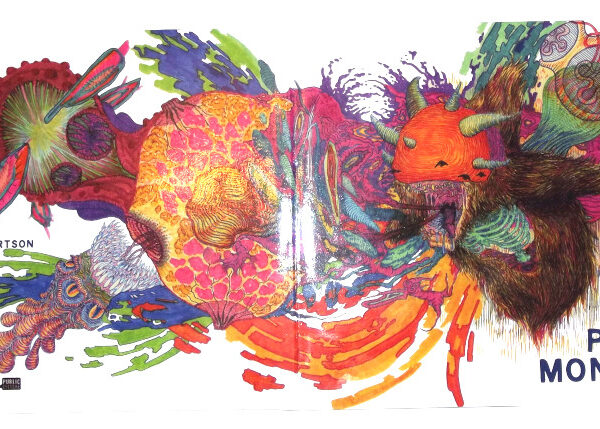 The great Katherine Young is a member of Architeuthis Walks On Land and Civil War, among others, and she plays the bassoon and composes all the music for Pretty Monsters on this self-titled record (PUBLIC EYESORE 120). I have the impression (see interview in TSP#21) that she likes small ensembles which work with a very judicious combination of instruments, and the instrumentation on offer here – Owen Stewart-Robertson’s guitar, Mike Pride’s drumming and Erica Dicker’s violin – makes for a superbly realised, vibrant and unusual sound. Coherent and ingenious in its dissonances and consonances, there’s not a single note played here that isn’t memorable in some way, well-defined and as three-dimensional as a living painting. The music just leaps off the printed page like a team of wild animals from a picture book, even when the printed page in this case is a compact disc. Young’s other music which I have heard may have veered towards the introspective or the soothing (in a very twisted way, like an old bough curlicued around near a Japanese lake at sunset whose water is slowly turning pink under the sky), but the somewhat rock-music-ified elements here of drumming and electric guitar give Pretty Monster an additional force, transforming the imaginative and unpredictable melodies into even more mind-melting possibilities. By no means an ego-trip for Katherine Young alone, the album gives plenty of space to all the players: Dicker’s violin work on ‘Crushed’ is particularly strong, reaching remarkable heights of controlled frenzy. For fans of the brown, creaky, leathery qualities of the bassoon (a sound which in Katherine’s hands becomes pure flaked tobacco carved in huge ancient chunks), I also recommend ‘For Autonauts, For Travelers’, a cut where that woodwind beast truly burbles and growls in plangent tones, enriched with her unique playing style, and enhanced by electronic treatment. All of this music is just solid enough to eat with a fork and spoon. May I propose that listeners investigate and hear as much of Katherine Young’s music as is humanly possible. Lovely cover art by Rob Patterson. From November 2012. 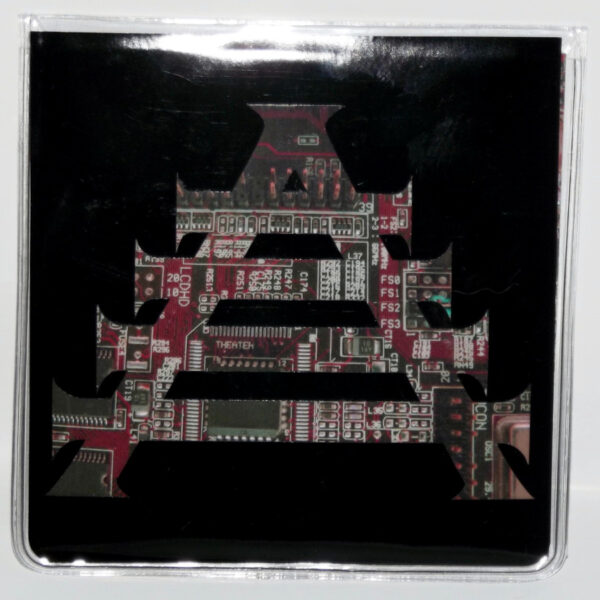 I am always happy to receive these small gobbets of American weirdness from Amalgamated, a project looming from Spring Valley in Illinois. The deal is that the four-piece Klampe, Newell, Bengtsen and Richards perform their unusual brand of crazy rock-improv-ambient music, then allow D. Petri and Gus Kumo to rebuild and reshape the recordings in the mixing room. Short but intense bursts of energetic and erratic avant-rock noise emerge from these experiments, and two of the tracks on the mini-CD Spark II (INTANGIBLE CAT CAT-17) have additional instruments dubbed in to thicken the rhythms, spice things up with unexpected saxophone toots, or just contribute to the general air of mayhem and directed madness. ‘Musst’ works exceptionally well; one suspects it’s an assemblage of many takes and edits contrived into a single eight-minute slab of Faust-like loopery and pre-planned auto-destruction, but what isn’t? Many great rock records have been assembled from many elements to one degree or another; it’s a question of which gifted hands are doing the cutting and pasting. These talented American goops also believe in producing a very rich and generous sound, never stinting on treatments and effects; the end results are as warm and tasty as a handcrafted cheeseburger. From 14 November 2012. Two intriguing examples of underground electronica-instrumentals by solo acts Charlatan and Clathrus on their self-titled split tape (FULL OF NOTHING fon36). Sides are unmarked on the cassette but I simply threw the item into th’ player and let it spin. Assuming that this is Charlatan whose noise greets me first, then we’re hearing the music of the famous Brad Rose, the man behind Foxy Digitalis and a fellow with not a few solo aliases in his career. Both ‘Grotesque Social Grid’ and ‘New Millennium’ are fascinating mantra-like constructs whose charm works by using much repetition and looping of very simple phrases, yet never once does it become standard-issue techno-loop trance or boneless ambient. There’s intelligence and imagination abounding in this dense & steely machine-like music, which incidentally is also sunny and upbeat enough (almost psychedelic in places) that it will not be mistaken for “bleak industrial”. I was impressed how busy Rose has been under this name alone; about a dozen Charlatan releases since 2009. The Russian Clathrus is in fact Dmitriy Vlasov, whose Billiam Wutler Yea guise (insanely mutated loop-based gunk) appeals to me mightily. Some of that same intense, determined dementia shows up in the grain of ‘Manitoba’, ‘So Long’ and ‘Zond’ on his side of this C49 tape. He’s certainly keen to show off his transformative skills wherever possible, reworking synth sounds and drum-boxes into unrecognisable utterances, but I suppose his real triumph on these three tracks is the illogical construction of his tunes; they follow crazy paths, make unexpected dives, and disappear down rabbit holes in a highly inconvenient manner. To bewilder the listener in entertaining ways appears to be Clathrus’ plan, and like Charlatan he too manages thereby to avoid the pitfalls of the obvious and keeps us alert at all times. One of many tapes received from this Russian label in September 2012.