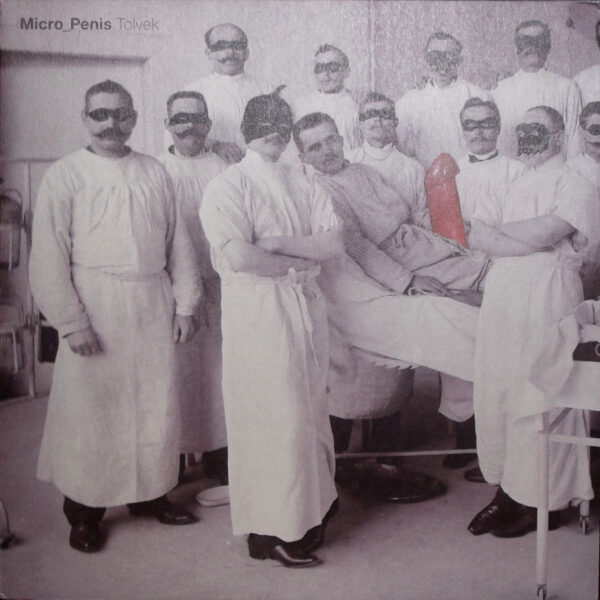 Very long overdue notice for Tolvek (DOUBTFUL SOUNDS doubt07), this crapulous and absurdist record of genius by Micro_Penis, which we’ve had in the rack since at least November 2011 if not earlier. Perhaps I could use the unsettling cover art as an excuse for my tardiness, but now that I hear the record in its entirety it can only be declared as a tiny masterpiece of surrealism, a 19th-century nightmare of Freud and modern medicine, refracted through sonic images of the Crimean war and suggestions of typewriters, early automobile horns, and horrifying dreams of surgery going wrong. Most of the above can be deduced from just listening to the foul groaning spew that is spread across these two sides of vinyl; the team of Heyer, Kittel, Ogrob and Spenlehauer create ambiguous sound portraits in episodic form that can plausibly be read to contain all of those images. A man screams desperately on side one, undergoing painful surgery, to the sound of primitive saws buzzing horribly and a placid doctor murmuring his disdain. Warfare is clearly suggested across side two, either by distant cannon fire electronically simulated, or by crazed officers barking desperate orders in unintelligible ways, or by the ramshackle brass section imitating bugle calls. A more perfect realisation of a Max Ernst collage in sound, it’s hard to imagine; The 150 Murderous Passions LP (United Dairies UD 09, 1981) at last has some stiff competition.

Freud and Krafft-Ebing are also suitable subtexts, given the name of the combo and the cover images – collages by Michel Borgo from 1978 – which suggest a painful genital operation going horribly wrong, but also indicating that the team of doctors themselves, wearing sado-masochistic black masks, are somehow complicit in an institutionalised form of sexual deviancy. The assorted vocal groans, howls and pained ejaculations that erupt throughout the entire record are evidence that, in this looking-glass world, all sexual activity is a miserable, slow and painful process of joyless, physical grind. The association of sex with warfare, achieved by the record’s strong audio juxtapositions, confirms another deep archetype that has been with us since the time of Wilhelm Reich, and his studies such as The Mass Psychology of Fascism. Never a band to leave well enough alone, Micro_Penis also include a rubber object insert with the release, a “hybridization of sexual obsession and vegetable shape” developed by the artist Anne Zimmerman. This “sexual rubber beast” may have been derived from the leaves of a cabbage, but it also resembles a section from a lung or other vital organ, manufactured using a material which is alien neither to the operating theatre (rubber gloves) nor the bedroom (condoms). So far, plenty of the sort of twisted button-pushing that is guaranteed to activate every man’s dormant id – except it’s more like twisting a scalpel, in those parts we don’t want probed. 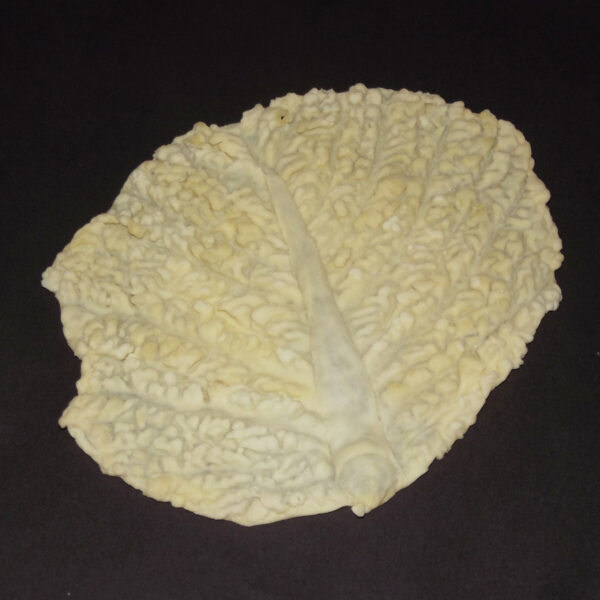 However, it would be wrong to overlook that this is also a very humourous record. The press release alone should have the reader in stitches, weaving fantastic yarns about band members being hospitalised or going on retreat in a Zen temple, while creating this work by digging in the hospital garbage bins (probably another deep archetype buried there too); they describe this grand guignol styled work as a melange of “horror movie, art brut and cruelty”. There’s humour in the sound too; if at any moment the music seems extremely bizarre, despairing, or violent, it’s instantly undercut by the next moment which makes liberal use of comic sound effects of farting and groaning bowels, be they created by brass instruments or electronic means. And the voices are exceptional. All four members of the band add voice elements, and they’re both hilarious and disturbing too (often in the same mouthful). They grunt and howl in unintelligible manner; this is not the systematic disassembly of language as practised by Burroughs and his cut-ups, rather the purely instinctive and animalistic reaction to emotional turmoil: this is call-and-response improvisation rendered 100 times more visceral. This is a juicy, dirty record that unflinchingly embraces all bodily functions, from intestines to genitalia and the “sang dans la culotte” that appears on side one, making a fleeting reference to menstruation. The creators of this lurid, nightmarish mess – François Heyer, Alexandre Kittel, Claude Spenlehauer and Sébastien Borgo – come to us from prior projects such as Sun Plexus and Myself, and have made one other LP under this alias in 2009. A truly nauseating delight!