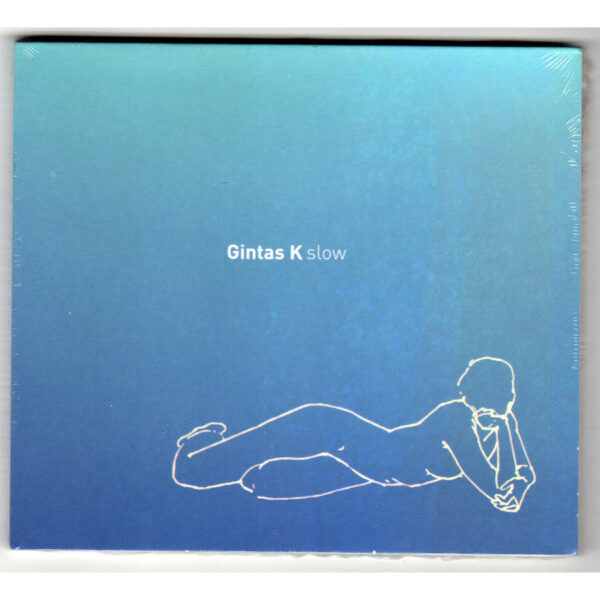 Gintas Kraptavicius is from Lithuania and active since 1994. At the beginnings, he was a founding member of the local industrial band Modus, then ran radio shows devoted to experimental music and organized some theatrical Fluxus-like performances. Soon after, he got more and more into digital minimalism, recording the soundtracks for various films and installations. Primarily interested in sinewaves, glitches and noise manipulations, he recorded some interesting material, mostly unpublished or released on small-run CDRs. This situation changed in 2006, when Gintas got in touch with the famous Portuguese label Crónica Electrónica. They released his album Lengvai / 60 x 1 Minute Audio Colours Of 2kHz Sound on a double CD – the self-explanatory title suggested the experimental contents, building a bridge from rude techno minimalism of Raster-Noton tradition to the more conceptual side of his work, presenting the variety of sound transformations in a limited time frame. Another work, Lovely Banalities released in 2009 by the same label, presents skillful microsound manipulations derived mostly from recordings of everyday life. With this really good start, it’s not a big surprise to see his brand new album Slow in the Baskaru roster – this French label has always been interested in electronic experiments and provided an impressive catalogue of international artists whose names should be known to all experimental music lovers. What is absolutely an evident change, is the overall mood of the album – not really slow, but somehow warm and easy. Well, maybe “easy” is not the right word, don’t expect any sweet melodies or relaxed rhythms here. The nature of these compositions is still very abstract and sparse, and the music relies more on the glitchy side of electronic sound. The track titles are more or less typical for this style, formed by letter characters and signs of no particular meaning. Some tracks have a kind of lulling background ambience, recalling many pioneering releases of the 12k label. Others demand more attention to see the intricate relations between loose and staccato sounds while walking through quiet acoustic rooms. Mastered by omnipresent mastermind Lawrence English, the CD is housed in beautiful digipak and awaits careful listeners. The ultra-productive Italian label run by Davi Santos F provides a catalogue of nearly one hundred releases which appeared just in one year – of course, almost all of them are very small-run CDRs, tapes, and even floppy-discs! No downloads, that’s a good feature (maybe). Well-known names of Gianluca Becuzzi, Mauthausen Orchestra, Simon Balestrazzi, MB (Maurizio Bianchi), Dead Body Collection & Museo Della Tortura appear on the label, but also lots of total unknowns for me. This compilation has no goal to introduce new names or remind us of the old ones, but face the fair concept of requiems for famous people passed away: Jean Baudrillard, Michel Foucault, Ezra Pound, Rozz Williams, Lucio Fulci and Yukio Mishima, to name a few. Composed exclusively by Italian artists, all of them drive us to the industrial/ambient realm of looped sounds, drones, sombre chanting, mysterious sounds and heavy atmosphere. Some rhythmic tracks thrown in as well, in post-industrial fashion of course, with sampled voices and sinister, minimal melodies. Quite diverse stuff indeed, absolutely not boring in any sense, it will appeal to many lovers of dark and brooding sounds. For those of you who perceive the world around us through music, it can also wake up your curiosity to find out about all those people mentioned. And, of course, to discover names like Filippo Zamboni (of Culto Dell’Annientamento), Noisedelik, Adern X, Augustus Gloop, Mario Marinoni, Brigata Stirner, Automageddon and others. However, many of them are quite obscure and have not so much music published (if not taking into account a couple of self-produced CDRs). On the more well-known side, there are TSIDMZ & Rose Rovine E Amanti, Maurizio Bianchi/Stefano Gentile/Gianluca Favaron, Khem (Teatro Satanico new side-project), Uncodified, Testing Vault and Deison, who also made the impressive cover artwork, manipulating photos by Fabio Orsi. An interesting exploration!