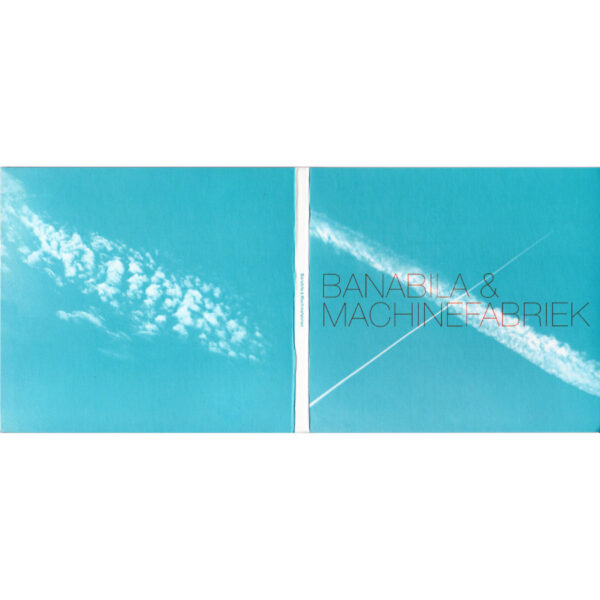 Rutger Zuydervelt and Michel Banabila present nine pieces of leftfield contemporary electronica expressed in a highly modern and technical way to create a crystal clear digital sound world. Who is exactly responsible for what is not revealed, but perhaps this is not important. Opener “Ascend” does what you might suspect from its title, and in little more than two minutes. The following track “Slow Wave I” accretes amp hum, analogue pops and occasional long reverbs, before a celestial melody is gradually exposed, obscured by more hums, bleeps and scrapes and finally exposed once more before a rhythm is constructed, perhaps from the sounds of pebbles or masonry falling and water dripping.

“Fälschungen” is a bizarre twenty-three second overture of android owls which fades straight into the fourth track “Dead Air” which is hardly reminiscent of the same, being as it is filled with phased filter sweeps, digital chirping, multi-pitched drones, samples derived from static and so forth. It puts me in much the same mood as the David Sylvian’s earlyish solo material does (Alchemy: An Index Of Possibilities is a good place to start); which is to say, mainly welcome mental calm inducing a physical relaxation with a not unpleasant hint of gloom.

The fifth track, “Frost”, actually initiated a massive muscular pain at the base of my skull during one listen, although I feel it would be unfair to attribute this solely to the music, and I’m sure such extreme effects were never the intention of either Mr Zuydervelt or Banabila. Based around a glacial semi-tone shift in pitch, “Frost” invokes a good approximation of the feelings you get walking outside at 7am on a crisp winter’s morning. Listening to “Slow Wave II” makes me think momentarily that I’m listening to an album of eai – the album as a whole really does have that feel in places – before the electronics and samples kick in. Natural sounds combine with submerged traffic noises and high end synthesis in an unmistakably organised way. It reeks of impending calamity. Similarly, “Bad Wiring” is also an apt title – six minutes of tetchy and paranoid electronics, a psychotic Leslie rotating speaker casting about blindly for victims in a crimson flood of unchecked voltage and displaced air. The final piece, “Descend” posits a surprisingly melodic resolution.

Decorating the packaging and disc are simple images, (photographs taken by Michel Banabila), of clouds and jetstreams, signifying, if not air travel to exotic destinations specifically, then escapism of some kind or other. It is possible that the unsuspecting could mistake the package for a Ministry Of Sound-type item given the typeface used is of a similar manifestation, but perhaps this is the intention and is some kind of homage to the uniform look, (at least to me), of the genre. I could try to extend this theory by stating that the music contained within is a kind of extreme futuristic interpretation of house music, but I suspect this may be a step too far.

This disc I have on my desk in front of me is, according to Discogs, one of a pressing of only 25, which is perplexing that it ended up in my hands, so although a second pressing is on the cards (and may already have happened), presumably Banabila & Machinefabriek intended these self-released discs to be PR for the download version of the album. So this is the first time I’ve come across an album intended primarily to be disseminated by download – if you don’t count the precedent set by In Rainbows by Radiohead, and I always try not to – rather than physically, but I’m sure it won’t be the last. I am someone who is far happier searching through piles of dusty cds in a second hand record shop than scrolling through the pages and pages of endless distro and/or label websites but that doesn’t mean I don’t do it. A lot. And I suspect, like myself, dear reader, you love every minute of it.