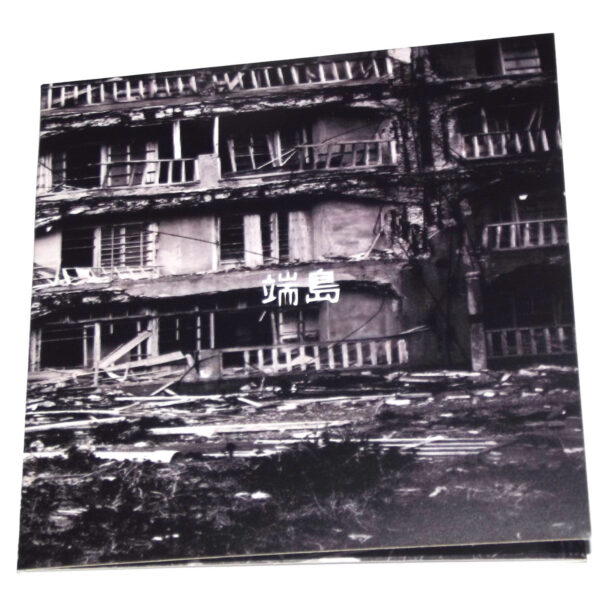 Simon Balestrazzi sent us a copy of Hashima’s record from Italy – Simon may not actually appear on this 47-minute stretch of doom-laden rattling noise, but he is credited with the mastering and I venture to say that it’s a project laced with a palpable dose of the characteristic Balestrazzi traits, including that sense of blackened occultism and semi-magickal ceremony in the enactment of the mysterious sounds. Collapsing New Buildings (SANTOS PRODUCTIONS SNTSR08) echoes its way into infinity; it resounds with such ominous natural echo that it might as well have been performed in a long, old-fashioned corridor some several hundred metres in length and lined with civil-service styled wooden panelling decorating the drably-painted walls. One is reminded of the anecdote often told about the recording of Simon & Garfunkel’s ‘The Boxer’ and how the dramatic percussion effect on that record was achieved by setting up an enormous bass drum at the end of a studio corridor for Hal Blaine to bash 1. Hashima’s intentions are far from benign, and this darkened record reeks with fugged-out screams and tortured feedback effects – much like prising open an enormous door in this ‘new building’, and the entire record is characterised by ferocious percussion work reminiscent of the demolition crew hammering down walls with sledgehammers, or ripping apart metal siding inside an elevator shaft. The other part of the puzzle is that Hashima Island is a real-life location (off the coast of Japan) and a notorious site of dereliction and ruined buildings – what was once a prosperous coal mining town in the first half of the 20th century is now a major symbol of serious neglect. Two other artists who have been intrigued by this world-famous “ghost town” are CM Von Hausswolff and Thomas Nordanstad, whose response was to make a video “installation” out of the place. I have seen this video, and believe me, it’s a haunting and harrowing experience. Perhaps Hashima is another alias for Balestrazzi? Perhaps the work was actually recorded in one of the decaying buildings on that bleak atoll? Speculation aside, I would imagine the cover art for this release is a genuine Hashima photo, and you couldn’t wish for a more palpable image of extreme urban decay. The record itself more than lives up to that visual promise! Arrived 3rd January 2013, but may have been released in October 2012. 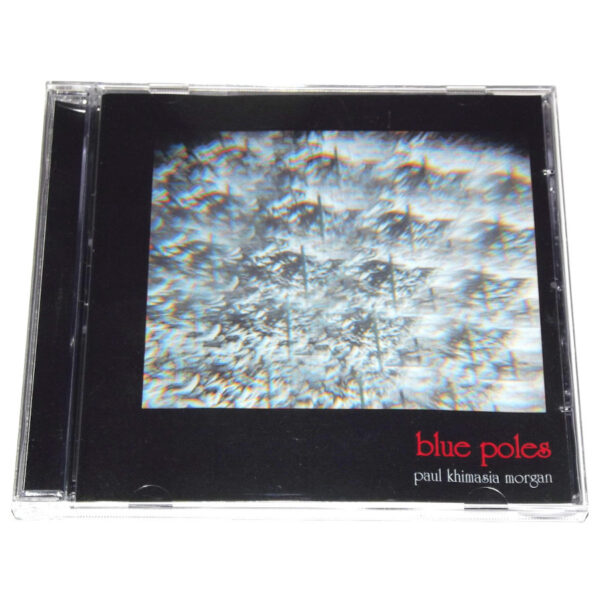 Blue Poles (SLIGHTLY OFF KILTER sok046) is a collection of aural experiments by Paul Khimasia Morgan, recorded in various locations during 2011 and 2012. They don’t seem to have any theme or connection and are related only by appearing together on this album. They comprise field recordings, pieces where he’s working with musical instruments in various combinations, or more abstract experiments in sound art using feedback and white noise through a mixing desk. Morgan restricts himself by only allowing an interpretative dimension to appear inside his titles, some of which are like isolated fragments from poetry or the opening lines of mysterious short stories. For the rest, all description is stony-faced: he delivers only a completely factual shopping list of the objects and bric-a-brac used to create each track, noting the location and place where he did it. On this outing at least, Morgan shows himself as a devotee of the “small objects and small sounds” school of sound art, creating curious creaky episodes of rather dry rattling and rustling like a slightly more fulsome version of the later Jeph Jerman. The work may occasionally produce some odd musical notes or drones from a guitar or zither, or some low-key electro-acoustic effects where a microphone or mixing desk may interact with the activities. Largely though, Blue Poles takes a non-musical and documentary approach; the musician’s own work is treated as though it were an event taking place in the countryside, and recorded as though he were making a field recording of it. This lends a diffuse quality to each piece; it’s not clear where it begins or ends, if indeed it can be said to occupy such certain ground. Rather than finished compositions, it might be more apt to regard these as fleeting snapshots of unusual phenomena in progress. (24/01/2013) 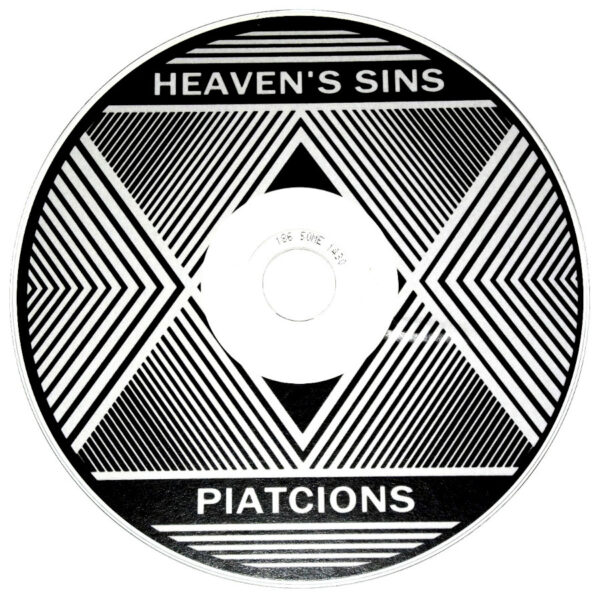 Piatcions are an Italian psychedelic rock group who made an LP called Senseless Sense in 2011; we received an advance copy of their 12-incher, Heaven’s Sins (FC009V12), from the London label Fuzz Club Records. Three tracks in fifteen minutes, including a remix of ‘Reel Loop’ by Atom Eye. I won’t pretend that any of this music is particularly “experimental”, but I like it. It brings home the bacon in terms of solid, trancey avant-rock with all the desirable qualities – a solid beat, fuzzed guitars, trippy keyboard drones. Not as self-consciously proggy or kosmische as the retro items we often get from Sulatron Records, this is good treacly dark-drug music that’ll keep a few Spacemen 3 diehards happier for a bit longer. Allegedly, they’re great in a live situation too. (22/01/2013) 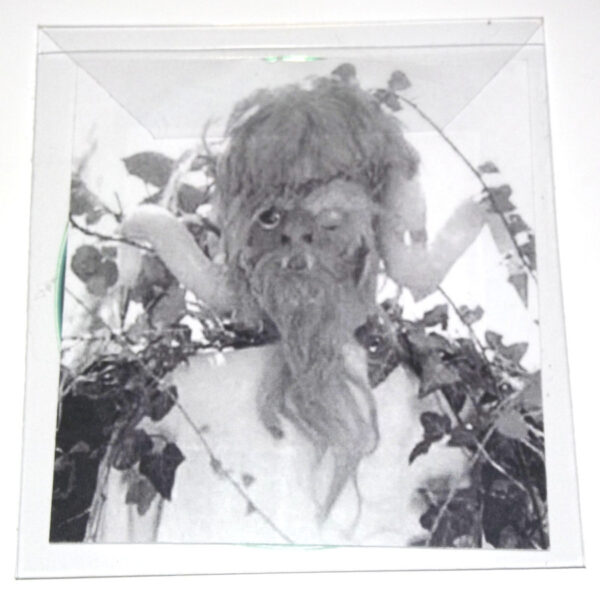 The three-inch offering by Vile Plumage is another odd ‘un sent in by Filthy Turd. The Plan Be Vile, Conceived In Shame (NO LABEL CDR) is described as a “metaphysical journey…through Burslem, Stoke-on-Trent”, and consists of lo-fi field recordings made around that undistinguished locale. The recordings have been layered with an uncertain acoustic guitar plucking the idle music of the damned like a diabolical busker in the streets of Hades. Plus menacing whispers and grunts which are occasionally dropped into the continuum. The gentle noise grows into more alarming proportions, with echoed chants, strange howling effects, and gasping women victims; all the while that relentless acoustic guitar keeps on trotting out its implacable rhythm, as though its player was grinning at us with the sinful smile of the fallen. Vile Plumage is the team of Filthy Turd and Andy Jarvis, but in true magus fashion (shape-shifting like a witch’s familiar) even their very name can change at will and they are sometimes called Vile Goldenn Plumage or Goldenn Viles. The actual surface of this recording may not strike you as especially inventive at first, but persevere ye must, since a desolate and spooked vibe runs through it; it’s as though the pair shrunk themselves into small hobgoblins to capture the sounds from the “parks, tunnels and ginnels” of the area, and at length are able to transform into the hideous horned and hairy creature on the cover. Filthy Turd continues to shine his light into odd places, and you may not like what he reveals. From August 2012.