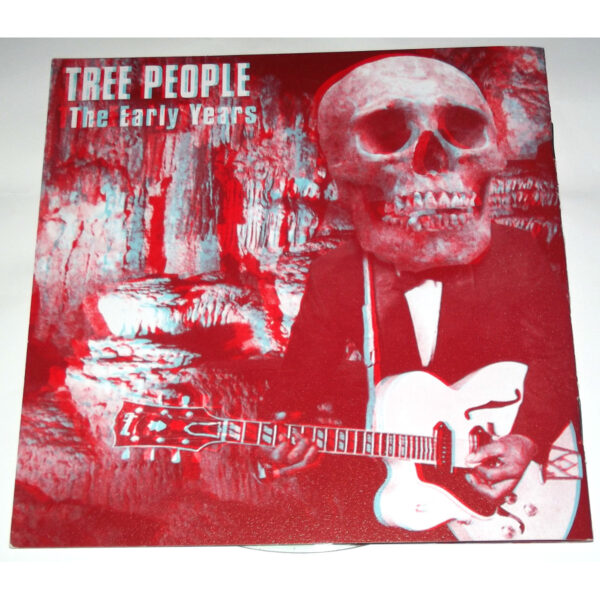 Two colourful and bizarre items now from Le Petit Mignon, both received 20 July 2012. LPM is the “in-house imprint” of Staalplaat in Berlin, and the publishers spare no expense in producing luxuriant fine-art packages with close attention paid to unusual vinyl pressings and high-quality printing for the sleeves. We’ve received from them at least three items in this vein in the past, and I prize them quite highly as grabbable artefacts. The Hans Trapp record (LPM10) is credited to “Various Artists”, and believe me you can’t get more “various” than this – 41 contributors, each providing a very short snippet of sound to the monstrous assemblage. I feel it would be futile to list them all, but rest assured that many TSP regulars will feel right at home in this very mixed company. I suppose the real endeavour has been to co-ordinate such a project in the first place, for which we have Insultor (as compiler) to thank, plus the efforts of three named “curators”; and then there’s the job of editing these wild fragments into some sort of cohesive whole, which task was assigned to Nicolas Wiese. Actually forget about “cohesive”. It’s a completely schizophrenic listen, shifting constantly and instantly between explosions of violent harsh noise into barrages of easy-listening, demented electronics, strangely tuneful segments, mad vocal yawps, and largely unidentifiable snippets of insanity. The hot orange vinyl pressing should clue you in to the degree of intensity (registers about 150,000 units on the Scoville scale) of this firebrand, while the screenprinted wraparound cover produced by Re:Surgo has a grim, black and blocky collage on the front and a Dada-inspired piece of typography on the back. Methinks the designers must have had access to some old Letraset 1 for this. An absurd and in places slightly silly item, it’s hard not to love it. Even so, at just 41 artists it falls well short of the benchmark set by the notorious RRR 500 LP (500 locked grooves by 500 artists) in 1998. 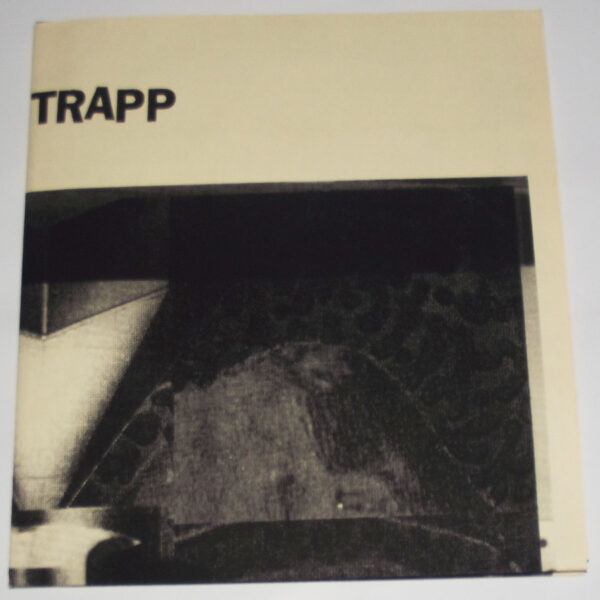 The other item is a Split (LPM06) between two “bands”, both of which are formed from ad-hoc meetings of members of many other projects – MoHa!, Jazzkammer, Noxagt, Jealousy Party, Perlonex and Ultralyd – in fine, the best that the (mostly Norwegian) underground has to offer. I first played ‘The Early Years’ by Tree People, which is a grisly feast of John Hegre’s guitar feedback and Morten Olsen’s percussion combined with looping elements, the latter presumably provided by Ignaz Schick’s turntable struggling to make good in this testosterone-fuelled atmosphere. Tree People’s strength here is to create a vivid episode where nothing is muffled or dampened, thus enabling them to come out fighting with the hard, steel knives of “dangerous” noise. Pokemachine is the duo of Anders Hana and Mat Pogo, and they create ‘Eg Ottast Ingen’ using a diabolical blend of CD player, synths, vocal and percussion, all said components locked together in quickstep; everything is piled on in super-abundance and the track moves too fast for comfort, creating an alarming sensation of uncontrolled metallic filth, like spastic outdated robots going viral. This desirable “noiser” is pressed in clear vinyl coloured with an added “sickly green” tinge, which shows you that no detail is missed out when it comes to inducing nausea and prolonged vomiting. And that’s before you even open the booklet. Snap on the 3D glasses and prepare to have your eyeballs deep-fried in hot fat by Fredox’s images, lovingly printed by experts Le Dernier Cri. Plenty of skulls and bits of machinery collaged together, along with certain peers through the microscope you wish you’d never taken. No visual taboo is safe when Fredox is on the march, and a quick scrumble through Google images indicates that these are some of his “tamer” efforts.