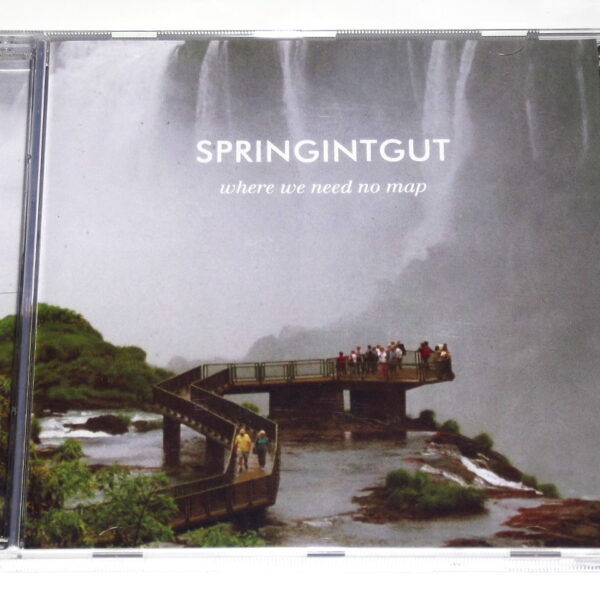 It’s been a while since I did any backpacking – ensconsed as I am these days in the trappings of urban convenience – and long forgotten is the excitement I found kicking around in unknown climes. Sounds like a different story for Springintgut (aka Andi Otto) though: so romanced has he been by the heady sites and cities cited in this CD’s tracklist – among these Kyoto, Bangalore and Yakushima – that he’s pumped out an eclectic set of foreign-flavoured electro-pop numbers in tribute. It’s a light-hearted affair, of moods one encounters in the serendipitous delights and ephemeral friendships of time spent traveling on a budget, and occasionally touching on the more tender moments found in the Touch catalogue, though I offer this as both a qualifier and a caveat. Your level of enjoyment may well depend on how much you enjoy films like ‘The Beach’.

Ever hapless, tracks take one blind turn after another – giving credibility to the titular cartographical crisis and the giddy sense of adventure engendered – flying along with a ‘here today, gone tomorrow’ sense of abandon, which alas delves into disposability in the less cultivated episodes. These I would name and shame as ‘Bangalore Kids’ and ‘Bangalore Crows’ – in which clumsy, cringe-inducing electronic rhythms warbling tones rub incongruously against recordings of locals singing and chanting, the resulting mass sounding like a beach party full of grinning ecstasy neophytes. Bangalore is – I gather – India’s silicon valley, so such artificiality is to be expected I suppose, but it’s a faux pas that really has no place in the music of 2013 (or ‘14), and pretty much completes the case against cultural appropriation in music. Also questionable are tracks that feature the breathy tones of Sasha Perera. Nothing wrong with her singing as such; but combined with bland, uneventful loops (and likewise lyrics) the whole melange sounds rather like trip-hoppy cocktail lounge runoff.

The music works best – to my ears anyway – when instrumentation and effects are most sparing in their application, such as those found in the first half of the album. ‘Kamogawa Cycling’ through to ‘Western Kyoto’ (all of the ‘Japan’ tracks, in fact) are, in particular, beasts very slight of frame; composed of galloping, grasshopper-taut phrases plucked from the ‘fello’ – a custom variant of the cello – and smatterings of similar strings, sounding somewhat suave, if slightly sentimental. The rest of the album – which closes on a note of ghostly longing – falls somewhere between the above extremes. 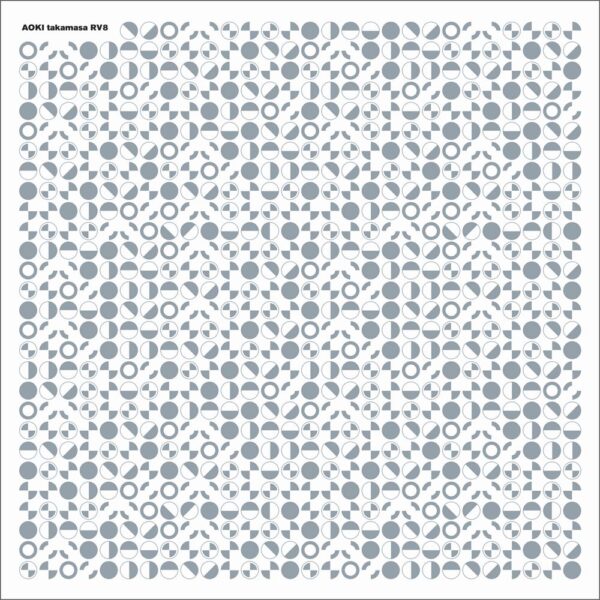 Also Japanese and devoid of flab, Aoki Takamasa has been on the ‘IDM’ list for over a decade now; collaborations with Tujiko Noriko and others among a respectable cache of releases, which have seen him honing his craft in a rather exclusive niche in the techno realm. RV8 is his follow up to the Rn-Rhythm Variations EP (also) on the Raster Noton label, and apposite tenement it finds there: its precision-cut beats and intricate, textured layers locating it neatly between the likes of Alva Noto and Thomas Brinkmann. As the title suggests, Takamasa works to a formula, but it’s a compelling and thoroughly explored one. Every track is propelled by complex layers of digital rhythm, which so subtly admit ballistic bursts, ball bearing clusters and split-second vocal snippets that accumulation is practically imperceptible. A standard 4/4 tempo leads for the most part, slyly suggesting dance-floor compatibility, though only for clubs that cater for androids. Still, it’s a friendlier sound than one finds elsewhere on the RN label; briefly shimmering microfibre layers obviating any hint of sterility, and placing matters on the more dynamic side of ‘clinical’, where we find the likes of Surgeon and Plastikman. Takamasa’s rhythmic mastery is impressive, and he displays incredible finesse in his allusions to a variety of electronic styles, from the host label’s stock-in-trade minimal electronic to digitised house and dub techno; hitting a confident swagger in the penultimate track (my personal favourite), but ever expressing a sense of adventurousness (and spaciousness) that can be appreciated through headphones and speakers alike. Full marks.