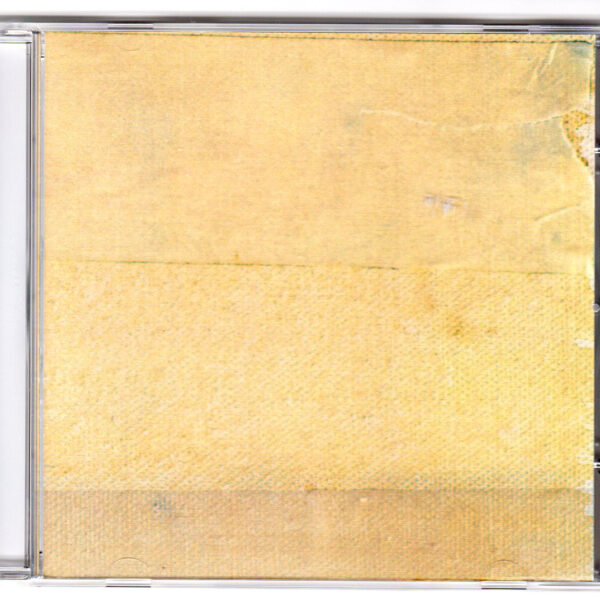 This is the helpful, if brief, information Spectropol have seen fit to include on the sleeve notes of Musica per Nastro: “…Originally intended to be released on cassette, this work is also a tribute to composition methods used in electronic tape music of the 1960s. Every track is processed in real-time by a patch built with the Max application and is based on cut-up, sovraposition, sound stretching, loop, echo and feedback.” I’m not sure what “sovraposition” is or what it is for. Answers on a postcard please. Everything else sounds familiar, I’m sure you’ll agree.

There are some mildly unhelpful sleevenotes as well, in which we are told that in addition to electric bass, like many practitioners at work today, Andrea Borghi uses “…microphones, computer, effects, samples and field recordings”. Who doesn’t? This doesn’t really help me understand his process. Or motivation. Or compositional strategies. So there is a kind of shroud of mystery enveloping this work, intentional or otherwise.

However, what we are presented with here is ten pieces covering half an hour of fairly faithful-to-the-concept electronic-derived composition which reminded me of software/system generated works such as Mileage Reimbursement by Koji Asano or Aspect or Cry Of This Earth by Konrad Boehmer which I’ve been listening to recently. Although I just can’t shake the confusion of calling an album of music Tape Music when not one piece of tape has been employed in its creation. I suppose calling it Max MSP Music is not quite so evocative? The sleeve (creator uncredited) features images of different kinds of masking tape stuck to canvas to deliver a visual pun, so perhaps here we learn that the composer at least has a sense of humour.

A couple of pieces included here appear to be culled from art installations or events of some sort; ‘Suss’ was created for dia*foria no.1, whatever that is/was and ‘Entertainment – Omaggio a D. F. Wallace’, a veritable smorgasbord of digital clicks, whirrs and chuckles, is part of a live recording made in 2009 during an installation of the same name on show at La Versiliana, Pietrasanta in Luca, Italy.

A somewhat watery device with a premature and perfunctory fade out at only one minute 56 seconds, ‘Suss’ sets the tone for what reveals itself to be a very truncated set of pieces. The longest track in this collection is the penultimate ‘Clema#2’ at a smudge under five minutes; most others hover around the three to four minute mark. That the disc in its entirety is only 31:15 in duration and contains ten pieces of music is remarkable to me, and a little disappointing. Overall, I feel this gives a sense not of wanting to hear more, but instead a feeling of anti-climax at not really being able to engage properly with each piece over such short durations. I would have far preferred to live inside Andrea Borghi’s sound worlds for much longer, because they are appealing, but longer durations for this kind of music pay dividends in terms of listener engagement in my view. I’d happily immerse myself for far longer in the pixelated anti-venom of ‘Aent’ (a scant 02:07) or the metallic plains of ‘Mandiba’ (little better at 02:14) for example. If, on the other hand, Borghi is attempting to compose his digital études specifically to short durations rather than simply editing/fading them down to size (which is what I suspect is happening here – there’s little evidence of structure in these brief little vignettes, particularly for a work which professes to be in thrall to “…composition methods used in electronic tape music of the 1960s…”) then I think he has been unsuccessful, which is a pity. Presenting two or three much longer duration pieces would have made for a stronger, more cohesive disc, in my opinion. ‘Nodore\Visore’ is a sonic tarpit threatening to dispose of any unsuspecting late-night viewers; its insectile clicks and blurps lulling the unwary into fatal relaxation. And final track ‘Emissions’ is, perhaps, closest in feel to some of the spacier examples of tape manipulation/composition by certain Radiophonic Workshop employees in the late 1960s. But ‘Emissions’ has a very abrupt ending at 4:24; an unnecessary jolt to the senses – I can’t for the life of me understand why the composer would want to do that.

Putting aside my reservations, overall, Musica per Nastro (Tape Music) seems to be to be almost modern-day mood music; kinetic new age sounds for stressed-out automatons or a robotic Reiki soundtrack bereft of the irrelevance of nature sounds or bells. And its editing certainly lets you know when your session is over. At least, it’s the kind of music I’d rather be listening to while being soothed and smoothed by alternative therapy any day of the week. And I’d be lying if I said I wasn’t intrigued as to where Andrea Borghi is going to go next.