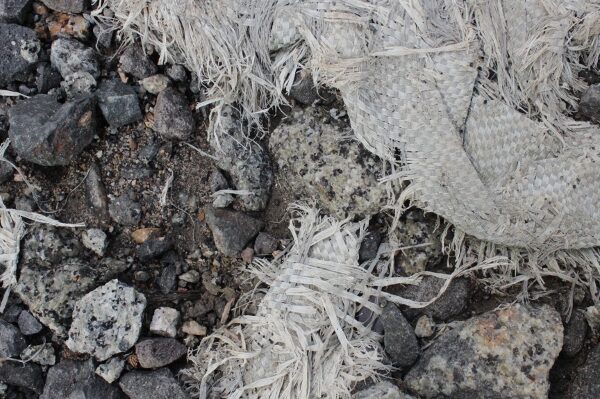 For years the Australian artist Eamonn Sprod, working under the project title of Tarab, has been collecting field recordings and turning them into albums that explore and document the secret audio histories of vacant spaces in and among urban landscapes where ecosystems of plants and animals arise and thrive unseen and unnoticed by the dominant human inhabitants. His most recent album “Strata” focuses on the sounds of vacant and deserted lots and their surroundings in an area in northern Melbourne. Factories and warehouses back onto these forgotten areas on one side and on the other there is a small creek. A highway overpass runs overhead. Photographs, admittedly treated, of these places in the album sleeve design show a forlorn, almost post-apocalyptic desolate landscape in which feral grasses threaten to cover over evidence of a past human civilisation. The detritus of culture, discolouring and rotting and reverting slowly into scraps and dust, lie strewn over the ground, lacking any function and meaning for whichever life-forms still survive in this barrenness.

The album has a very dark and foreboding air and the sounds therein intimate that the natural world is biding its time until such time as when it can reclaim the city-scape for itself again. There is a sculptural and dynamic quality to the noises that appear: among other things, we hear wind, the crackle of dry leaves, rusting industrial machinery ambience, distant thunder, aeroplanes buzzing in the distance, the vibrations of pylons and of what cables may be found beneath the concrete epidermis. The border between man-made and natural dissolves, everything inanimate takes on an animated quality and aspects of the natural world seem as machine-like and forbidding as does the traffic on the roads and in the sky. The microphones used to record the sounds are themselves featured on the album as they were often dragged around the ground and over the garbage and rubble or buried within pylons.

It feels quite intimate and the entire tone of the recording for the most part is very soothing with few abrupt or jarring moments (one major exception occurring about the 22nd minute when a hail-storm suddenly erupts).  The production is clear which allows the sounds, even quite distant ones such as a choir of barking dogs, to be heard with great and precise clarity. The album has an amazingly polished feel without seeming to be precious. Even though individual field recordings are carefully spaced apart so you tend to hear one or maybe a couple of things happening, the album seems very rich in terms of texture, mood and volume dynamics.

This isn’t simply a collection of sounds from a particular small set of forgotten or spurned locations in Melbourne; “Strata” is as much an artistic composition as it is a document.