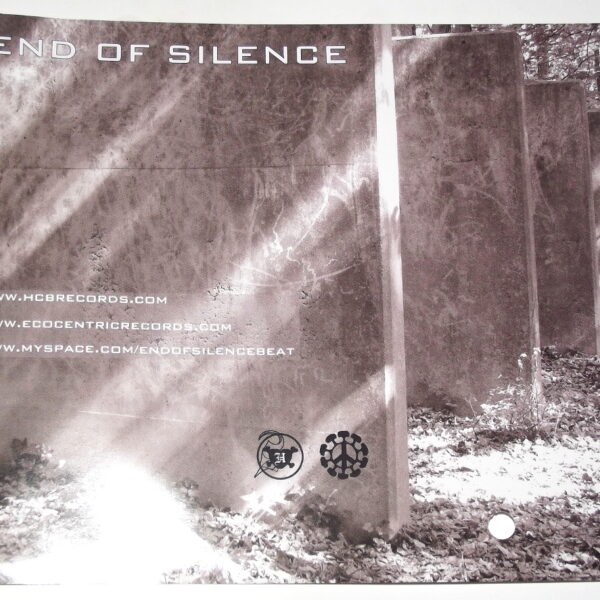 The first track gets off to a frustratingly hesitant start, as an isolated cymbal crashes once every few seconds. The effect is not unlike Chinese Water Torture, as the listener waits desperately for something to happen. After about five minutes of this a distant warbling of guitar feedback enters. The drums become more varied, with plenty of frantic rolling toms, and a sort of droning duel between guitar and drums ensues. Interestingly, at one point, the drums even kick into blast beats, giving this the air of a noise/grindcore jam session, and perhaps the album’s only throwback to the sound of Seven Minutes of Nausea.

Track two is more on the dark ambient side, with a tremolo guitar sound playing against the backing of what sounds like a rusty garden gate. Minimal computery squelches lurk in the background, like grasshoppers hiding in undergrowth. The stereo-delayed tremolo feedback eventually becomes the sound of someone manically scraping their wet thumb against glass, with rain pattering in the form of cymbal hits. The feedback eventually builds into one single note – a thumb describing an endless circle on the rim of a wine glass. Halfway between hypnotic and maddening, depending on your personal preference for repetition. As always, the devil is in the details, and the slight sonic differences as the sounds rub up against each other are what provide the interest.

The final track opens with jittery static storms. Guitar feedback swells in and out, while a snare drum patters along randomly. Brooding and Lynchian ambience suddenly gives way to the harsh noise of squealing distorted synth. Bass wind gusts through the howling storm in what is the noisiest of the three pieces. Towards the latter stages of the track, watery blurbles of sound give the impression of a Kraken rising through the depths, or just possibly that the listener has fallen into the washing machine and is being given a thorough rinsing.

For the genre purists, this might be too busy and noisy to succeed as dark ambient drone, whilst the harsh noise heads might find elements of this too brooding and minimal. If you like a bit of variety in your non-musical sound however, you’ll find plenty to interest your ears here.