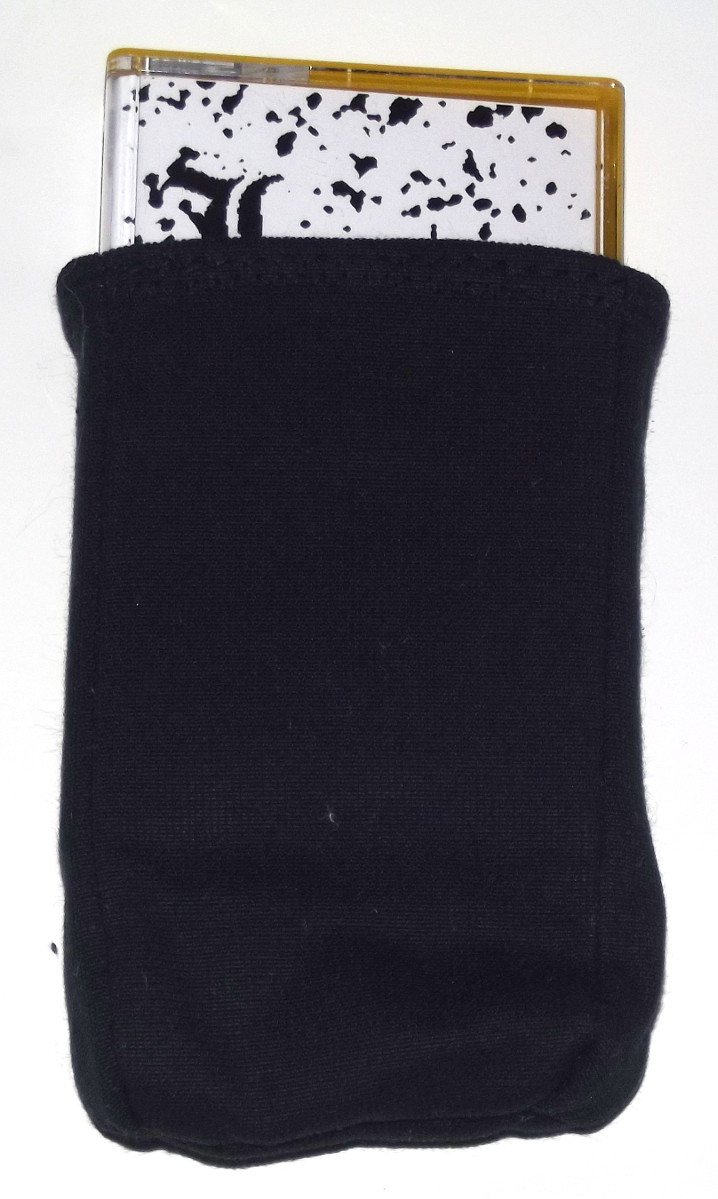 Just under 20 minutes of experimental trip hop/noise from Belgium collective L.E.G., a band whose moniker is presumably an acronym for something, but despite the best efforts of Google search, exactly what it stands for is a mystery to me.

This cassette release is, perhaps appropriately for the format, very much a tale of two halves. I’ll take the less obvious route and discuss the ‘B-Side’ of the tape first, as it’s the side I feel most comfortable discussing. There are no song titles here, so I’m not even sure if what I’m listening to is one long song, or a number of shorter ones. Whatever it is, it starts with a slowed down rumble of ominous noise, before the mood is lightened considerably after about 30 seconds by some chilled-out keyboard stabs. A regular wobble of thunderous sound flutters in and out, sounding not unlike Rolf Harris on distorted wobble-board (possibly he is making an un-credited guest appearance, but I wouldn’t bet on it). Random distorted snare hits puncture eardrums like gunshots. A backwards trippy drum machine comes and goes, before the snare hits return, this time with someone yelling ‘blood!’ in the background. Wind chimes offer a soothing note above a more violent storm of electricity. Finally the piece is stripped back to isolated bass riffs played out against ethereal sung voices. In short, this is interesting, unpredictable experimental noise, and I liked it a lot.

The ‘A-side’ of the tape however, is a completely different kettle of fish, being to my ears pretty much straightforward trip hop. There’s little of the sense of experimental nature of the other side of the cassette, with looped regular drum beats, and what seemed to me to be a very traditional rap about ‘cosmopolitan hip hop’. What confused me slightly, is that despite seemingly originating from Belgium, the vocalist still manages to rap in what sounds like an American accent. Maybe it’s a genre thing. Be aware however, that hip hop/trip hop really isn’t my thing – so if this sounds even vaguely interesting to you, go check it out on the label’s website.