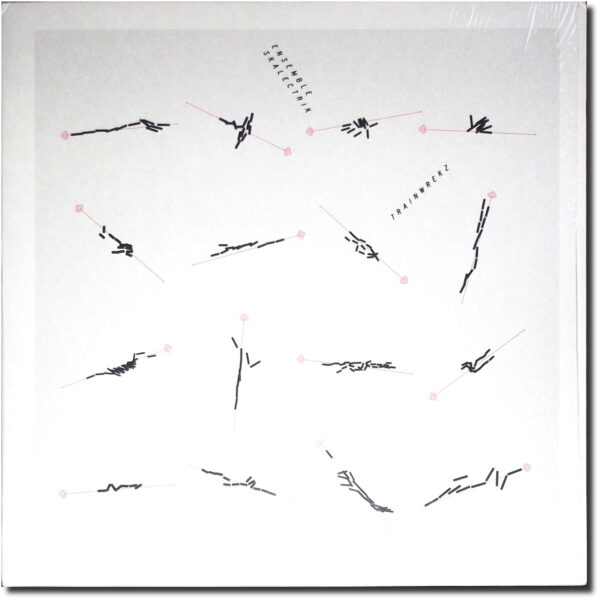 A Proust moment! Dropping needle on this unknown, recollection of past experience swiftly follows: fortunate was I to witness the silhouette of Ensemble Skalectrik aka Nick Edwards (on the night) along with Mordant Music’s titular Baron hunched over a portable lab at an ‘F.C. Judd Reinterpretations’ launch last year. About six other people attended that fog-filled flight of the supernatural. Six. The next night a packed-house went crazy over some lame-ass indie rock showcase from London that I made the mistake of taking a punt on. What the hell is wrong with these garbage-chewing idiots? Lapping it up like so much milky tea. I split during the first act: a stoned trio of Coldplay wannabes who couldn’t muster feedback without piercing every eardrum in the room; and still the hypnotised applause. Score one for mediocrity.

Said cognoscenti would have grimaced (and good for them) at this fine follow up (of sorts) to Nick Edwards’ Plekzationz LP (as Ekoplekz, also on Mego), which forsakes the latter’s long form format for far shorter, improvised and individualised, studio-born homunculi that nonetheless bear familial resemblance to that double LP’s weightier portions of black-dimensional slithering, and for which many reviewers were unsparing in their admiration. I suppose qualifiers such as ‘side project’ and ‘sketches’ might raise a supercilious eyebrow or two, but they needn’t. Of the three jam sessions that yielded the contents of this record, we have but six, supple, post-produced tracks, not one of which I would advise to diet or take more exercise (several hours’ excess fat splodged the editing suite floor, presumably). One might regard this as an exercise in ‘spontaneous’ creativity after the compositional rigour that yielded the non-linear, musically concrete elder sibling. Perhaps even – gasp – a tip of the hat to Edwards’ home-taping halcyon days!

In any event, fans will not exhibit a jot of surprise upon learning that the Radiophonic influence is just as strong on Trainwrekz; syphoned from the deeper and darker end of that hallowed gene pool albeit. (In fact, when my girlfriend remarked thus during the first spin she received an immediate, looped cry of ‘DOCTOR!!!’ by way of reply; and who am I to gainsay a synchronicity?) Along with allusions to our favourite vintages of Time Lord, this swirling atom soup ripples with all sorts of supernatural sounds summoned from selected grooves of his ritually abused record collection, from the mean-spirited, marauding grind that opens to the comparatively pastoral, delay-drenched whirl of closer ‘Wreksikz’ (yeah, all the titles feature a ‘Wrek’); ever adorned with vari-speed wobbles, rattles and ruler rumbles. In this dark Fantasia, the studio comes to life in accordance with the capricious will of our sorcerer’s apprentice, and at times the sickening loops look likely to rend the fabric of space itself with roll after cavernous roll of reverbed matter timewarped from the B-side of White Noise’s Electric Storm LP, or from somewhere deep inside Mr Bungle’s ‘The Bends’, or even from Daphne Oram’s bubbling cauldron, which inquisitive listeners of ‘Oramics’ might have been allowed to pop over to see if they’d had the presence of mind to take her up on her end-of-album invitation. But I digress. I would recommend this album most to those least likely to enjoy it. We can all benefit from the odd dose of existential dread in helping us get to grips with who we are. Why should it be wasted on those of us who will simply derive pleasure from it?