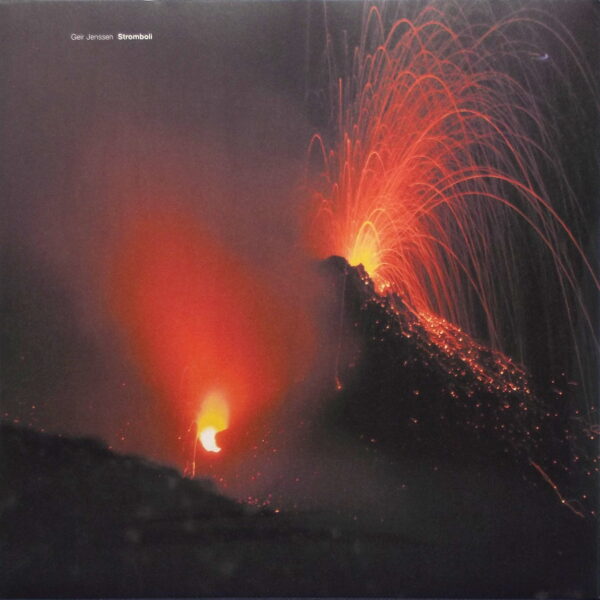 I first sought out Geir Jenssen’s work in 2005 after a short tour around the UK, when Biosphere’s output was strongly recommended at 3am, after a concert in someone’s basement in Salford, by a man wearing a t-shirt that stated, simply, “Listen To Grindcore”. Obviously, as you can probably guess, it was the t-shirt that made me take him seriously. He challenged me, sloshing his tin of lager about in the air for added emphasis while staring vengefully through whatever stimulants were keeping him awake, equally simply but also somewhat more emphatically and deadly serious, to “listen to Biosphere”. So, not having come across the name before, when I got back home, I did.

And I’m mostly glad I did. I’m not really that interested in the early techno stuff, but for sheer sonic depth and immersive cold ambience, Geir Jenssen is quite rightly considered the man to go to, and his curriculum vitae will back this up.

With this release, Jenssen leaves behind the massive clubs and outdoor events, the advertising commissions and jet-set lifestyle of the techno producer and enters the world of the field recordist – he leaves behind the Nike Airs and v-neck t-shirts and puts on his stout trainers, cargo pants and fisherman’s waistcoat. These items are particularly favoured by field recordists with their handy pockets for wind shields, battery packs, adaptors, Kendall Mint Cake and other necessaries for extended periods out of doors. Jenssen is now forever lugging around the signature fluffy-baffled shotgun microphone over one shoulder with a matching portable multi-track hard drive recorder over the other. You get the idea. On Stromboli, as well as the opportunity to imagine Jenssen additionally possibly donning a heat-suit, we get to hear the hissings, explosions, and the pattering of falling rock of Stromboli, an active volcano in Italy, and presumably also the sounds made by 700° C lava creeping languidly around his feet.

Stromboli itself is of sufficient importance with Volcanologists to warrant a volcanic phenomenon being named after it. So called Strombolian eruptions are volcanic eruptions which can send incandescent cinder and lava bombs into the air to heights of up to hundreds of metres.

As Biosphere, Jenssen has worked with field recordings before, notably on Outside By The Fjord and Cho Oyu 8201m – Field Recordings From Tibet. And as a mountaineer in his spare time, (he scaled the Himalayan peak Cho Oyu in 2001), I’m sure he was able to get himself into some good spots on the volcano to record. It is interesting that he has chosen another, not unperilous, environment to work in, what with flowing lava and hot flung debris. Although how near he actually had to get to the crater itself to capture these noises is not clear – some sounds seem distant while others I’m sure are worryingly close. The record sleeve states that the recordings were made “…at Stromboli’s crater edge (924m)” but that would certainly be 923m too close for me.

In terms of Jenssen’s previously released field recordings, Outside By The Fjord is a film documenting a field recording excursion in Sørfjorden, near Tromsø, Norway commissioned by Fondazione Musica per Roma in 2008 and Cho Oyu 8201m – Field Recordings From Tibet was a collection of recordings made during his climb which were destined for use in the making of Dropsonde.

So what was the intention? Simple documentation at first seems the most likely being as they are a quite dry although undoubtably courageous documentation of a dangerous natural phenomena. Unlike other practitioners such as David Velez, Simon Whetham, Mecha/Orga, Jez riley French, Angus Carlyle, Peter Cusack or Lasse-Marc Riek, there is no sense of a journey, narrative or transition or sense that the artist has attempted to create something other than what simply meets the ear. Even the nature-obsessed Chris Watson’s work relies heavily on a sense of editing clarity and compositional brevity. Stromboli for all the excitement of the subject matter, suffers, perhaps, for its authors lack of commitment toward the material’s presentation. Or maybe that is the point – in releasing a straight field recording under his own name, Jenssen is deliberately disassociating himself from the lush productions of the Biosphere entity. Alternatively, Stromboli could have been a showcase for Jenssen’s location recording skills. Is he casting about for work in television for natural history or geography documentaries? Perhaps the National Geographic Channel aren’t hiring at the moment.

The percussive nature of the explosions of the volcano put me in mind of 17th Century ships’ cannon. The hissing and fizzing noises could also be mistaken for the sound of rolling waves out at sea. I wonder if there is a maritime connection in Jenssen’s mind? Maybe if you played this album over a film of period ships, (or even Pirates of the Caribbean), would it fool the brain? It also put me in mind of the sounds that emanate from all that Ministry of Defence land in Dorset near where I grew up, where the Army practice manoeuvres with live rounds.

In a way, travel is bound up inextricably with field recording practice – searching out the unusual, alien, exotic, unheard. Jenssen officially joins the ranks of these sonic H V Mortons in search of something else; and I’m keen to hear where his next postcard hails from.

Quite a curious prospect this, then. The sleeve offers up photographs taken at night; on the cover the volcano itself, on the reverse Geir Jenssen manipulating his equipment. Couple this with the malevolent nature of the audio and I’d say this is a good record to put on to augment the sounds of Bonfire Night next November.