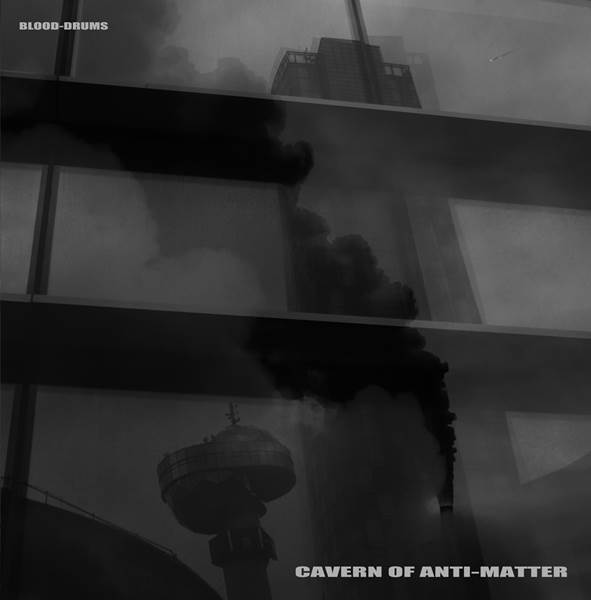 Cavern of Anti-Matter is a project from Tim Gane, previously of Stereolab. Despite the ominous band name and moody black and white industrial photos that adorn the sleeve, this actually turns out to be highly melodic instrumental synth pop of a determinedly retro variety. Most of the songs are essentially extended grooves based around a certain repeated synth riff. Despite the album title, the synth is always the dominant instrument here, with any ‘blood drumming’ fading into the background as either minimal drum machine or simple rock beats.

Opener ‘You’re an Art Soul’ acts as a good primer for the ears. Structurally, very little happens beyond a repeated synth groove, but this just serves to emphasise the stereo panning effects and gradual changes in tone. ‘Hot Electric Insect’ presents layers of sequencer/synth riffs, sounding like banks of sci-fi computers talking to each other. Occasionally the band add some minimal guitar into the mix, with tracks like ‘Movin On Static’ featuring bright summery major chords for the chorus – all very jolly and upbeat, but the retro synth worship always moves back into pole position. There’s a distinct whiff of Giorgio Morodor about tracks like ‘Rotation and Particle Density in D’ and ‘Adventures in One Octave’, with the duppa-duppa style synths in full effect. ‘Dystopian Shopping Mall’ in particular sounds like such a homage it’s almost a surprise when Donna Summer or Russell Mael from Sparks don’t appear and start singing.

All pleasant stuff, though the most modern sounding artist I can compare this to are the mid-90’s grooves of Bentley Rhythm Ace (remember them?). In the late 70’s/early80’s this album would have sounded like a vision from an impossibly high-tech science fiction future, now it more sounds a little more like a knowing homage to the past.