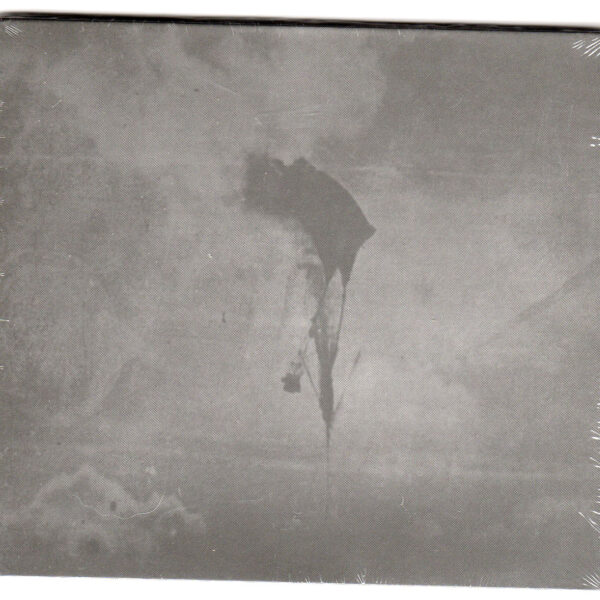 Musician, composer and improviser Mathias Delplanque’s latest album is a series of moody, textured instrumental pieces, recorded between 2010 and 2012. It’s a meditative and atmospheric work, full of mysterious clanks and disembodied twangs and chimes, like a gamelan orchestra played by robots.

Delplanque plays everything on the album himself – a right royal panoply of instruments and sound making gear ranging from electronics and guitar, through bells, metallaphone, melodica, kalimbas to various percussion and what the release notes mysteriously call ‘various objects’ – hooking it all up to a portable digital recording studio, before hitting ‘record’ and seeing what happens.

It’s the opposite to what those genius hermits – artists like Todd Rundgren, Prince or, more latterly, Burial come to mind – do, carefully crafting their pieces in the studio, painstakingly layering track on track to create the perfect tune.

Delplanque doesn’t do that. His pieces were recorded live – ‘there was no overdubbing,’ his notes tell us sternly – his recording setup enabling him to play, manipulate, edit and mix the sounds he makes on the fly. You can see it in action here.

The result is a curious mix, part composition, part improvisation, organic in feel, yet often mechanical in sound and texture, and makes for rich listening. In ‘Flo’, for example, its beautiful, shimmering intro, formed of bells and metallaphone gradually transmutes into twanging, clicking chorus, all underpinned by what sounds like a factory assembly line in the background.

Opener ‘So’ also draws from a palette of electronic and acoustic sound, but there’s a tenser, glitchier feel. It’s like something from ‘Rounds’-era Four Tet, with the jittery euphoria replaced with a caffeine-induced jumpiness.

There’s a pleasing consistency to the pieces on this album, Delplanque employing a similar armoury of instruments throughout. He keeps things interesting though, able to vary the mood and feel of each track with subtle variations of tempo and arrangement. In ‘Fell’ a distorted guitar gives the piece a gloomy, subterranean feel, its twang and resultant feedback echoing through the piece and complemented by a lovely bass drone.

This is all undoubtedly impressive. Yet I’m left with an overriding impression of, well, tastefulness. Delplanque’s pieces are poised, sinuous and are admirably well put together. But there’s just not enough grit here to jolt me out of my reveries, as if Delplanque has been too careful, too measured in his improvisation and too keen in his edits to smooth out any rough edges. Get loose and relinquish control, Monsieur Delplanque – what’s the worst that could happen?